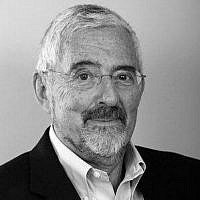 The Blogs
Alan Hoffmann
Apply for a Blog
Advertisement
Please note that the posts on The Blogs are contributed by third parties. The opinions, facts and any media content in them are presented solely by the authors, and neither The Times of Israel nor its partners assume any responsibility for them. Please contact us in case of abuse. In case of abuse,
Report this post.

We were thrilled to see Haviv Rettig Gur’s spirited endorsement of The Jewish Agency’s strategic vision and activities in his recent article on Aliyah (The End of Aliya?, September 9), but were somewhat surprised to note that neither the organization’s vision nor its successes were accurately attributed.

Happily, we now have the opportunity to fill in the gaps.

Of all the curious omissions in Gur’s article, perhaps the most glaring was any clarification of The Jewish Agency’s “closure” of its Aliyah Department in 2011. And of all the inaccuracies, perhaps the most troubling was the claim that the organization now spends “less than half” of that department’s original budget on Aliyah activities.

In point of fact, The Jewish Agency now spends more money on Aliyah, has more employees dealing with Aliyah, and has more programs dedicated to increasing Aliyah than ever before – including in comparison to the Aliyah Department’s budget in 2011.

The Jewish Agency’s strategic plan, adopted in 2010, was born of our recognition that we had to reimagine our work in the 21st century. No matter how glossy the brochure or eloquent the shaliach, neither is equal to the task of convincing a young person to emigrate from an OECD country in 2014. Aliyah of choice – that is, Jews from prosperous, Western countries opting to make Israel their home – will come only out of a strong sense of attachment with Jewish life, the Jewish people, and the Jewish state.

We therefore broke down the walls that had divided Aliyah, Jewish education, and activities in Israel and consolidated these three areas of activity. We channeled those efforts into a continuum of experiences, from interactions with shlichim and educational activities through participation in Israel experience programs of ascending lengths — Taglit-Birthright Israel to Onward Israel to Masa Israel Journey. Tens of thousands of young people participate in these programs each year, with increasing numbers participating in multiple, successive experiences in Israel.

Having gone through this continuum, a Jewish young person will be more likely to make one of two choices – to become an active and engaged member of his or her Jewish community, or to make Aliyah. And this assertion is backed by hard data: 20% of Masa participants ultimately make Aliyah and 70% say they are considering it seriously – numbers unparalleled by other programs of its scale – and those who remain in their home countries are significantly more engaged in Jewish life than their peers. We deeply believe that the investment in these areas is the real driver of Aliyah in the future, and the restructuring of all three of these departments in 2010 – Aliyah, Education, and Israel – was a critical step in implementing this new approach.

And so, when Gur hails the “handful of Diaspora Jews who are already steeped in Israeli culture and daily life, already speak some level of Hebrew and had already decided to devote meaningful periods of their young lives to experiencing and in some cases, such as volunteer soldiers and Masa volunteers, serving the Israeli half of the Jewish people” as the vanguard of modern-day Aliyah, he is actually holding up examples of The Jewish Agency’s success. And when he states that “their example… showcases precisely the sort of journey that a wiser Israeli policy might seek to inspire in others by expanding access to such experiences and to meaningful education about Israel for much larger numbers of Diaspora Jews,” he is saying precisely the same thing we are: that modern Aliyah is a long-term process born of identity-building activities and Israel experiences, and that investing in these efforts will reap dividends in both increased Aliyah and stronger Jewish communities.

Not only has The Jewish Agency’s investment in Aliyah not decreased since 2011 – the entire organization is now geared towards increasing Aliyah and the connection with Israel, and the combined budgets of all the units that increase the chances that young Jews will make Aliyah in the future vastly exceed earlier investments. While in the past, some shlichim focused on Aliyah and others on Jewish education, today all shlichim view the engagement with Israel and increasing the amount of young people who move to Israel as a result of their engagement, as a central part of their mission. While some Jewish Agency programs used to view Aliyah promotion as being in conflict with their efforts to support Jewish communities, today all Jewish Agency employees understand that strengthening Aliyah and strengthening local Jewish life go hand in hand.

That is The Jewish Agency’s strategy, our modest proposal for securing the Jewish future, and we look forward to working with our partners in Israel and around the world to achieve this common goal.

About the Author
Alan Hoffmann is the CEO and Director General of The Jewish Agency for Israel. Since his Aliyah from South Africa in 1967, Alan's professional life has been dedicated to promoting Jewish community and Jewish education. He has headed the Young Judea Year Course and the Melton Center for Jewish Education at the Hebrew University and conducted doctoral work at the Harvard Graduate School of Education. Prior to his current position, he headed The Jewish Agency's Education Department, where he was instrumental in the formation of Masa Israel Journey. Since his appointment as CEO and Director General of The Jewish Agency in 2010, Alan has led the strategic refocusing of the work of the Agency whose mission is ensuring the Jewish future for generations.
Related Topics
Related Posts
Comments