Every year I attend two days of services for Rosh Hashanah, and usually my parents and I compare notes on the different sermons we heard. When I was growing up on Long Island, my mother used to say that each year was really just a variation on every other year, and she was right; one day would be about being better Jews, i.e., coming to shul more often, and the other day would be about Israel. I do remember years before Birthright came into existence our rabbi saying that what youth needed was a trip to Israel in order to solidify their connections to Judaism, though I don’t remember which day that was on, probably the “be better Jews” day. I thought it was a very smart idea, having gone the summer after college and having been transformed by that trip.

The years I lived in Israel, we did not compare notes. With three small kids and a lot of stairs in the neighborhood that were not easy maneuvering with a stroller, though I always went for Kol Nidre, I don’t remember always making it on Rosh Hashanah, and if I did, I certainly don’t remember hearing sermons or comparing notes.

But then I moved back to the United States, to Georgia. And my parents moved down to Florida. The content of the sermons changed and we would once again compare notes. My rabbi knew he had a bigger crowd on day one though both days’ sermons were always a nice balance of humor and message, observations of the world we live in and commentary on what we ought to aspire to, with Israel often interwoven in as well as a good dose of community.

This year, we “attended” services together but apart, as did my son in college. We all streamed my synagogue’s services and afterwards, instead of comparing notes about different sermons, discussed what we all had heard. My mother recalled when our Long Island rabbi also spoke about looking at a person’s checkbook to see what he values, but she appreciated how it was woven in more now than then. My father appreciated how haimishe our rabbi is.

My son and I spoke about one of the points that was made on the first day – how cultures may be either individualistic or collectivistic, but Judaism is both. For my son, this topic spoke to him, as it had come up in something he had watched. For me, my class on international public relations has spent the last few weeks discussing different cultures and theories. One of the measures that Geert Hofstede came up with in his cultural dimension theory to measure different cultures was that of individualism versus collectivism.

Societies like the United States which are individualistic in nature are, as we see in the objections to wearing masks, more about one’s own rights than anything else. Honestly, I do think we tend too much towards “every man for himself” and that bothers me. Cultures with a collectivistic bent are more about the “we” than the “I.” I’ve written about the value I place on understanding that we need community numerous times in the past. But I also recognize that if we subsume ourselves too much into the collective, we can lose our identity, our drive, our motivation.

If we want a binary world, then we would have to position one against the other, individual versus collective, and would subsequently find ourselves judging them. But each characteristic has its strengths and its drawbacks. My rabbi touched on a similar topic in his second sermon, on how important it is to hold both as values. He recalled the story of the Rabbi Simcha Bunim (1765-1827) who came from a line of rabbis and whose positions sometimes challenged traditional Hasidic ones. The story he recounted was about how he always walked around with two notes in his pockets. One reminded him that “For my sake was the world created” and the other “I am but dust and ashes.” Each life is important; we know Judaism posits that saving one is as if we have saved the world. But at the same time, we must remain humble. The world does not revolve around us. I don’t know if others did, but I brought this back to the individual-collective dichotomy. While we need to recognize and nurture our own strengths and interests, we very much need to also recognize the role we play in a world larger than our own universe. How can we make a difference?

The next ten days until Yom Kippur – the Days of Repentance – offers us an opportunity as individuals to take an introspective look at who we are and what we’ve done before we stand as a collective body, the Jewish people, to ask forgiveness. It is something to think about, the interplay between the two concepts.

And in two months’ time we have a similar opportunity as Americans. When we vote as individuals we will have the ability to make a decisions that will be for the collective good. Use that power well. 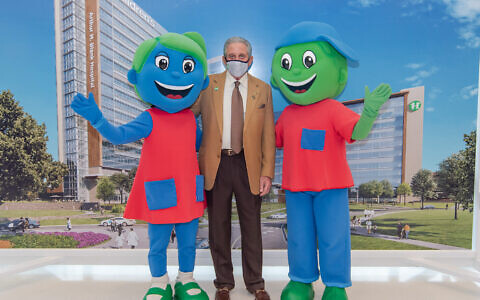 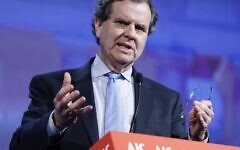 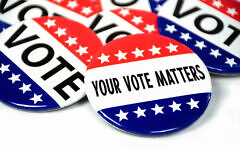 Election Day is Near
Dave Schechter 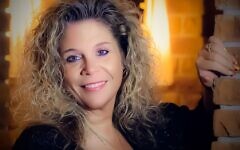 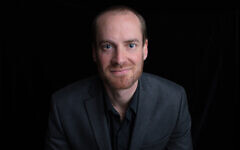 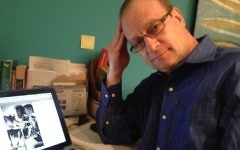 It Was All Greek to Me
Dave Schechter