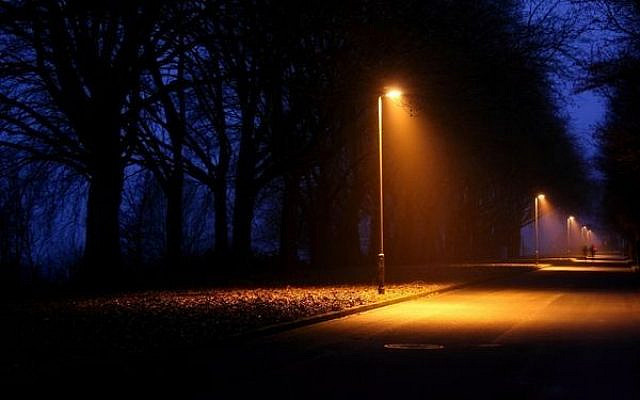 In Shoftim, Moses speaks about the great institutions of Judaism: courts, judges, officers, Kings, Priests, Levites and Prophets. In the case of the Prophet, Moses says in the name of God:

I will raise up a Prophet for them from among their own people, like yourself: I will put My words in his mouth, and he will speak to them all that I command him. (Deut. 18:18)

The phrase “a Prophet … like yourself” cannot be meant literally. In the quality and clarity of his communications with God, Moses was unique. He was unique in the miracles he performed. Most importantly, only he was authorised to proclaim Torah: he was Israel’s sole legislator. The King and Sanhedrin both had powers to make temporary enactments for the sake of social order. Prophets were given the authority to command specific, time-bound acts. But no one could add to or subtract from the 613 commandments given by God through Moses.

This, therefore, is how Rambam explains our passage:

Why is it said in the Torah: “I will raise up a Prophet for them from among their own people, like yourself” (Deut. 18:18)? He will come not to establish a religion, but to command them to keep the words of the Torah, warning the people not to transgress them, as the last among them said: “Remember the Torah of Moses My servant” (Mal. 3:22).[1]

In other words, the Prophets who followed Moses, from Elijah to Malachi, were not revolutionaries. They did not intend to create something new but to restore something old. Their task was to recall people to the mission Moses taught them: to stay faithful to God, and to create a just and compassionate society.

Eventually, during or after the Second Temple period, most of these institutions came to an end. There were no Kings because Israel had no sovereignty. There were no Priests because it had no Temple. But there were also no Prophets. How important was this? And what happened to prophecy? The Talmud gives two radically opposite opinions. The first:

Rabbi Yocḥanan said: From the day that the Temple was destroyed, prophecy was taken from the Prophets and given to fools and children.[2]

We can’t be sure what Rabbi Yochanan meant. He may have meant that children and fools sometimes see what others don’t (as Hans Christian Anderson illustrated in the famous story of The Emperor’s New Clothes). He may, though, have meant the opposite, that prophecy deteriorated during the late Second Temple period. There were many false prophets, soothsayers, doomsayers, mystics, announcers of the apocalypse, and messianic movements, all confidently predicting the end of history and the birth of a new order of things. There were religious sectarians. There were Essenes expecting the arrival of the Teacher of Righteousness. There were rebels against Rome who believed that their military hero would bring freedom, even the messianic age. It was a fevered, destructive time, and Rabbi Yochanan may have wanted to discredit, as far as possible, any dependence on supposedly divine certainty about the future. Prophecy is the chattering of children or the rambling of fools.

However the Talmud also cites a quite different opinion:

Rabbi Avdimi from Haifa says: From the day that the Temple was destroyed prophecy was taken from the Prophets and given to the Sages … Ameimar said: And a Sage is greater than a Prophet, as it is stated: “A Prophet has a heart of wisdom” (Ps. 90:12). Who is compared to whom? You must say that the lesser is compared to the greater.[3] (Since a Prophet must have a heart of wisdom, the Sage, who is wisdom personified, must be greater still).

This is seriously interesting. The early Judges in Israel were Kohanim.[4] When Moses blessed the people at the end of his life he said of the tribe of Levi, “They shall teach Your laws to Jacob and Your instructions to Israel” (Deut. 33:10). When Ezra taught Torah to the Israelites, he positioned Levites among the people to explain what was being said. All this suggests that when the Sages – teachers and masters of Jewish law – traced their intellectual-spiritual lineage, they should have done so by seeing themselves as heirs of the Kohanim and Levi’im. But they did not do so. We see this from the famous Mishnah that opens Pirkei Avot:

The Sages saw themselves as heirs to the Prophets. But in what sense? And how did they come to see themselves not just as heirs to, but as greater than the Prophets. What is more, the proof-text they cite means nothing of the kind. The verse in Psalm 90 says, “Teach us to number our days, that we may gain a heart of wisdom.” The Talmud is playing on the fact that two quite different words sound alike: נבא (we may gain) and נביא (a Prophet). In other words, only by suspending our critical faculties is the proof-text a proof.

Something very strange is happening here. The Sages, who valued humility, who knew that prophecy had come to an end in the days of Haggai, Zechariah and Malachi five centuries before the destruction of the Second Temple, who believed that the most one could hear from heaven was a bat kol, a distant echo, are here saying that not only are they Prophets, but they are superior to Prophets.

All this to teach us that the Sages took the ideals of the Prophets and turned them into practical programmes. Here is one example. Remonstrating with the people, administering rebuke, was fundamental to the prophetic task. This is how Ezekiel understood the task:

God said: “Son of man, I am sending you to the Israelites, to a rebellious nation that has rebelled against Me … Say to them, ‘This is what the Sovereign Lord says.’ And whether they listen or fail to listen—for they are a rebellious people—they will know that a Prophet has been among them. (Ez. 2:3-5)

Ezekiel must take a public stand. Once he has done that, he has fulfilled his duty. The people will have been warned, and if they fail to listen, it will be their fault.

The Sages had a completely different approach. First, they understood the task of remonstrating as belonging to everyone, not just Prophets. That is how they understood the verse, “You shall surely rebuke your neighbour so you will not share in his guilt” (Lev. 19:17). Second, they held that it should be done not once but up to a hundred times if necessary.[5] In fact you should keep reprimanding a wrongdoer until they hit you or curse you or scold you.[6] All of this, though, applies only if there is a reasonable chance of making the situation better. If not, then we apply the rule: “Just as it is a mitzvah to say something that will be heeded, so it is a mitzvah not to say something that will not be heeded.”[7]

Note the difference between the two approaches. The Prophet takes a heroic stand but does not take responsibility for whether the people listen or not. The Rabbis do not take a heroic stand. In fact, they democratise the responsibility for rebuke so that it applies to everyone. But they are ultra-sensitive to whether it is effective or not. If there is a chance of changing someone for the better, then you must try a hundred times, but if there is no chance at all, better be silent. This is not only a wise approach; it is a highly effective one.

Now consider peace. No finer visions of a world at peace have ever been given than by Israel’s Prophets. This is just one:

The wolf will live with the lamb, the leopard will lie down with the goat,
the calf and the lion and the yearling together; and a little child will lead them …
They will neither harm nor destroy on all My holy mountain, for the earth will be filled with the knowledge of the Lord as the waters cover the sea. (Isaiah 11:6-9)

Once again, the difference is glaring. What for the Prophets was a dazzling vision of a distant future was, for the Sages, a practical programme of good community relations, a way of sustaining peaceful coexistence between the Jewish community and its Gentile neighbours. It was imaginative, gracious and workable.

There are many other examples. The Sages achieved something extraordinary. Throughout the biblical era, the Israelites were constantly tempted by idolatry and foreign ways. The Prophets were often driven close to despair. During the rabbinic era, Jews became a people defined by religion, commandments, learning and prayer, sustained voluntarily and maintained tenaciously against all pressures to convert to the majority faith. That is because the Rabbis did not focus on distant visions. They devised practical programmes. These may have lacked drama, but they worked.

The Sages, perhaps to their surprise, realised this: where the Prophets failed, they succeeded. I believe that institutions like prophecy survive when they are translated from utopian ideals into practical policies. The greatness of the Sages, still not fully appreciated by the world, is that guided by the visions of the Prophets, they gave us the instructions for how to get from here to there.

US Publication Date: 1st September 2020 (Already available from the UK)