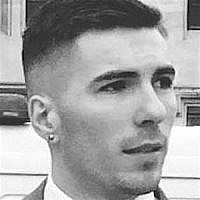 The Blogs
Will T.G. Miller
Apply for a Blog
Please note that the posts on The Blogs are contributed by third parties. The opinions, facts and any media content in them are presented solely by the authors, and neither The Times of Israel nor its partners assume any responsibility for them. Please contact us in case of abuse. In case of abuse,
Report this post.

A proud young Muslim woman, standing in front of a group of anti-Islamic protestors, smiling cheekily into the lens of her camera as she takes a selfie. It was a powerful image. The story of the woman has since been posted in The Huffington Post, Vox, and Vice, as well as a number of other left-leaning media outlets in the past two days.

Zakia Belkhiri, the woman in the photographs, has been called a “hero” spreading “peace and love” at the demonstration, which took place in Antwerp this past week. It certainly is an iconic photo, and her nonchalant and confident posture in defiance of the demonstrators, who were calling for the banning of the headscarf among other things, clearly shows a degree of bravery and restraint that is admirable in the face of political opposition which could be construed as hostility to her very identity.

It didn’t take long though before other elements of Belkhiri’s identity started to surface.

This is notwithstanding that according to this article by the BBC, Belkhiri said in an interview that she took the photos in order to show “that we can live together, not next to each other but with each other”. Perhaps the caveat of us being able to live together is that this clause is nullified if you happen to be Jewish.

Belkhiri has since gone on a deleting spree and has attempted to get rid of many of her old antisemitic and racist tweets, most of which are now only available on archive, but not before some savvy redditors wised up to what she was doing and captured the messages. In some ways, though, it is too late; the original story, with a compartmentalized narrative of an innocent Muslim woman heroically standing up to ‘hate’ and taking selfies for the cause of peace and love has already spread across the world.

One wonders how eager the HuffPost and Vice will be to make addendums to these articles to the effect of “Oh yeah, but she also hates the Jews — sorry, forgot to write about that one”.

How, then, should Jews in Europe be taking in this affair? In any case, the message is a negative one. Either the media at home doesn’t do its homework, or they don’t care that the person they rabidly leap to endorse is a raving antisemitic racist. In other words; it is either incompetence, or it is callousness.

I myself, along with an increasing number of Jews in my social group, would have to go with the latter. Think about how Malia Bouattia, a notorious antisemite, managed to get elected as the president of the National Union of Students in the UK over the opposition of almost every Jewish Society in the country over very real concerns of antisemitism and racism. Those on the left in the West, especially left-leaning media outlets, are simply not interested in antisemitism as long as it comes from Muslims.

Perhaps this is because, as the Telegraph eloquently suggests here, of the rise amongst the new regressive left of bizarre pseudo-scientific hierarchies of oppression. Because Jews are not as successful as Muslims at the Oppression Olympics that the left likes to play, it must then follow that racism against them on an individual or a group level is somehow okay. Similar narratives have been seen in the US with groups such as Black Lives Matter, a group that — thanks yet again to controversial racist tweets — is on its way to being discredited.

Unless we in the West hold our media to account, there will be no change in the state of affairs. We have to be hard and fast to criticize outlets like HuffPost and Vice when they call individuals ‘heroes’ regardless of them praising Hitler and applauding the Holocaust. As the exodus of Jews from Europe continues with increasing Aaliyah rates in Britain, the threat to the very existence of European Jewry should be abundantly clear.

To me, this incident — and the leftist glorifying of a vile and vicious antisemite — is just another nail in the coffin. Europe just doesn’t care.

About the Author
Will T.G. Miller is a student at Cambridge reading Asian and Middle-Eastern Studies working at the Centre for Kurdish Progress in London. He is interested in the Middle-East, ISIS, terrorism, foreign policy, and anti-Semitism, racism, and religious hatred at home in Europe.
Related Topics
Related Posts
Comments