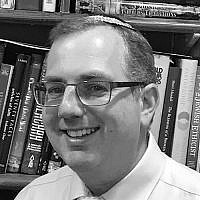 The Blogs
Ira Ebbin
Rabbi
Apply for a Blog
Please note that the posts on The Blogs are contributed by third parties. The opinions, facts and any media content in them are presented solely by the authors, and neither The Times of Israel nor its partners assume any responsibility for them. Please contact us in case of abuse. In case of abuse,
Report this post. 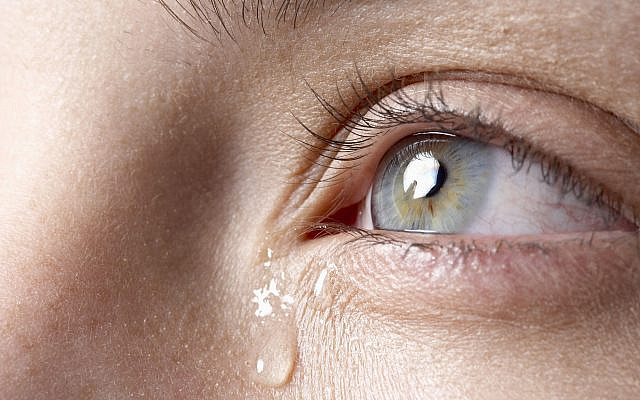 When I heard last week that Linda had passed away, I felt as though a small piece of me had died as well.

To be honest, I wouldn’t say that I actually knew Linda very well. We only first met five and a half years ago, and we have kept in touch just sporadically since that time. She and her husband joined us for a meal one holiday and we had a lovely dinner. I introduced her to my kids, and she told us about her family. But in truth, since then, most of our interaction has been over social media. I would read an update that she posted, and I would assume she would read mine. Somehow that was enough – As long as I read that she was well and healthy, then I was happy. Her last update was a few weeks ago when she noted that she and her husband had just gotten the vaccine. Which is why I was so surprised when I heard that only a few days later they both had been hospitalized with the Coronavirus. A few weeks later there was another post on her Facebook page, this one by her daughter. Linda had become the latest victim of this horrible virus that has stolen so many people away.

And I guess a piece of me died with her. You see, five and a half years ago, I donated one of my kidneys to Linda.

The Talmud tells us that one who saves a life saves the entire world. The meaning behind this adage is not to glorify the action of the savior but rather to glorify the life, or every life for that matter. When one is presented with the incredible honor and opportunity to rescue someone who is in danger, whether they are a first responder, a doctor, a mental health professional or a live organ donor, Jewish Tradition teaches that they aren’t saving a life. Instead, they are saving a person –  one who loved and was loved by others. So…Each life that is lost is a world that is lost.

On the last day of Passover, we joined the Jewish world and recited the Yizkor prayer for our loved ones who we have lost and whom we particularly miss during these holidays that are filled with tradition, ritual and family. I’m sure you would agree with me that somehow, this year of the pandemic, all emotions are magnified. Contrary to popular belief, the Yizkor prayer is not intended for US to remember, but instead, it is asking G-d to remember. We ask Him to “remember” those that we loved, by giving charity in their merit, and by mentioning them for the good that they impacted and influenced our lives. We say that somehow, they were so integral to our lives, that when they left this world, a piece of us left this world as well. At a funeral, when a mourner is about to tear Kriya, I share with them that this tear of their shirt is a tribute to their loved one – a symbol that something has been torn away from them. I’m always disappointed when mourners tell me that they will be tearing the ribbon, instead of their shirt – Not because they are doing things incorrectly, which they are.  But because I can only imagine that if they understood what this ceremony was all about, if they could digest what tearing Kriya really meant, then they would do it in a second.  This torn shirt is a testament that something beyond value has been taken away from you. The Kriya Shirt is never permitted to be repaired – because it represents an irreparable loss. Although life must and will go on, we convey that it will never be the same.

In truth, I believe that is the greatest tribute and compliment: That my life, my world, is not the same without my dad, my grandfather, or my dear friends that I have lost. That’s what loss means – and this simple but profound act of tearing my shirt after suffering such a loss is a testament of the impact that they made in my life and in this world, and that a piece of me died with them as well. This is what we try to convey at Yizkor, and so we ask that G-d remember that, and raise their soul in heaven.

On the last day of Passover, we joined the Jewish world to recite Yizkor for not just our loved ones. We also prayed for the more than half a million Americans and nearly 3 million people worldwide who lost their lives to Covid 19. But beyond the overwhelming magnitude of the sheer numbers of the lives lost, as Jews, we are mandated to try to remember that each one of these people was an entire world. We are somehow responsible to at least try to feel as though a piece of us died along with them.

I asked my congregation to join me now in thinking of one person who was lost this year – a person whose loss they felt deeply. It could be a family member, a friend, an acquaintance. It could be a teacher or one of the many many rabbinic leaders that we lost. Legendary figures like Rabbi’s Steinzaltz, Twirsky, Sacks, and Lamm. I asked them to think of someone, anyone, whose lives made an impact on them, and remember that person to G-d, conveying to Him that with their passing, a little piece of you died with them as well.

For myself, I recited Yizkor for Linda – as well as for the little piece of me that went up to heaven along with her.