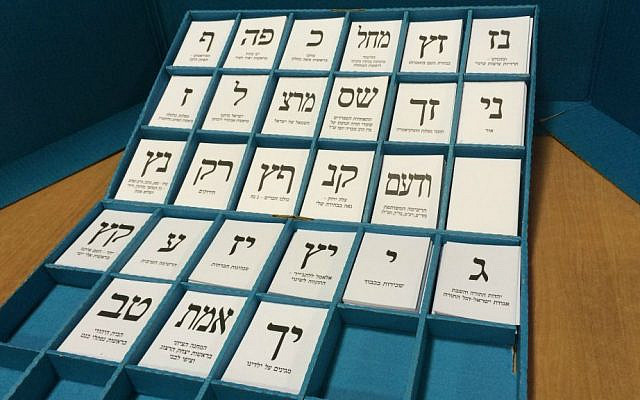 Lots to Choose From (Photo: Times of Israel)

“If you want to make enemies, try to change something.” Woodrow Wilson – 28th president of the United States

Woodrow Wilson would have felt at home in Rehovot today. As I cast my vote It was like going through a time warp; back to the last century. The only sign that I was in 2020 and not 1920 was the policeman “guarding” the polling station with his eyes fixed on his smartphone.

In and around the polling station, the ground was littered with polling slips. Once inside, having shown my identity card to the panel of supervisors, I was given an envelope and sent to the booth where I selected my choice of party from the hundreds of slips. Back to the supervisors who watched me post my slip in the ballot box. I had voted.

I would have had to do exactly the same if I had been voting for Mr. Wilson 100 years ago.

Israel is a world leader in hi-tech. Many of the most useful accessories of modern life have come from small Israeli start-up companies that are changing the way we live. Why can’t we apply some of this talent to updating our voting system?

It could work like this. At the entrance to the station, the voter would show her identity card to the panel of supervisors, in much the same way as at present. When they are satisfied that the voter is the owner of the card, they would run the card through a reader which would open the screen in the polling booth itself. The voter would enter and make their selection on the touch screen. As electronic voting gains acceptance, we could make our smartphones part of the system.

The savings would be enormous. There would be no need to print the millions of slips that will never be used. No envelopes. No wasted hours opening the envelopes and counting the votes. No need to clean our slip-littered streets. The results would be programmed to pop up at the close of polls; no waiting for days to get the last, hand-counted results.

The only disadvantage of an electronic voting system is that it is simple and cheap. A government not getting the “right” answer would be tempted to call another one, and another one, and ……..