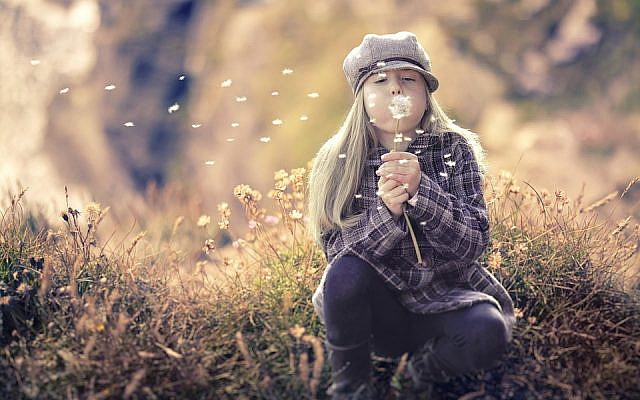 The most common word in the Bible for the “soul” is Nefesh. In fact, cognates of the word Nefesh appear in the Bible over 750 times! As Maimonides (Guide for the Perplexed 1:41) already notes, the word Nefesh carries multiple meanings. Nonetheless, each of these different meanings relates back to the soul in one way or another.

Rabbi Shlomo Pappenheim of Breslau (1740-1814) traces the origins of the word Nefesh to the two-letter root PEH-SHIN, which refers to something that “grows,” “increases,” or otherwise “expands” (see Jer. 50:11, Hab. 1:8, Mal. 3:20). In that sense, Nefesh refers to the incorporeal soul that does not experience atrophy with age as the physical body does. Rather, its horizons are always expandable, as the Nefesh always has within it the potential to achieve and attain more and more. [Rabbi Yaakov Tzvi Mecklenburg (1785-1865) offers a similar idea, even connecting Nefesh to the root PEH-SIN, which also refers to “expansion,” see HaKtav VeHaKabbalah to Ex. 23:12, 31:17, and Deut. 12:23, as well as Rashi to Iyov 35:15.]

Rabbi Aharon Marcus (1843-1916) offers two ways of explaining the etymology of the word Nefesh: First, he connects Nefesh to neshef, which means “blowing”(Ex. 15:10, Isa. 41:24), by reordering the letters NUN-PEH-SHIN as NUN-SHIN-PEH. According to this approach, Nefesh/neshef is etymologically connected to Neshamah/neshimah (“breathing,” see below). The unspoken basis for that connection is the interchangeability of the letters PEH and MEM. Alternatively, Rabbi Marcus explains that Nefesh derives from the two-letter root NUN-PEH, which refers to “movement,” and recalls the constant movement of “breathing.” In this approach, he compares Nefesh to the words napach (“blowing,” Gen. 2:7, Isa. 52:16), nafah (“sifting”), nofef (“waving,” Isa. 10:32, 30:28, 13:2) and nafatz (“spreading,” Gen. 9:19, I Sam. 13:11).

A verb cognate of Nefesh means to “rest” or “relax.” For example, when the Bible reports that G-d “rested” on the seventh day of Creation, it uses the word Vayinafash (Ex. 31:17). Rashi explains that Vayinafash refers to “resting,” because when one stops working he gives his Nefesh a chance to relax and “catch its breath (neshimah).” (In Modern Hebrew, the word nofesh refers to “vacation” or “recreation.”)

Rabbi Samson Raphael Hirsch (to Ex. 31:17) defines the Nefesh as a creature’s unique individuality or personality (see his remarks to Gen. 1:20, 9:4 as well). He uses this to explain the connection between Nefesh and the notion of “resting”: When one is engaged in work, he toils in something external to himself, but when relaxing from work, one withdraws into one’s own personality and uniqueness. Only when a person rests and does not try to labor in something external to himself can his own individuality shine forth.

Sometimes, the word Nefesh also means “name,” such as when G-d refers to His own Nefesh by which He swears (see Rashi and Radak to Ps. 24:4, as well as Ibn Janach’s Sefer HaRikmah p. 180). Based on this, Rabbi Reuven Margolios (1889-1971) writes that a tombstone is sometimes called a Nefesh (see Eruvin 53a, 55b, Sanhedrin 48a) because it typically has the deceased’s “name” engraved on it.

Like Nefesh, the word Ruach also carries multiple meanings. Maimonides (Guide for the Perplexed 1:40) explains that Ruach primarily refers to the elemental “air” (Gen. 1:2). From that meaning, it was borrowed to also refer to the “winds” (Ex. 10:13, 10:19), and since the winds can be said to blow from four directions, it also came to mean “direction” or “corner” (see Yechezkel 42:16, 42:18).

Maimonides explains that Ruach also refers to a “life-giving spirit” (Ps. 79:39, Gen. 7:15), and, as such, is what remains of a person after death, because it cannot be physically destroyed (Koh. 12:7). Raavad (in his commentary to Sefer Yetzirah) explains that Ruach obviously does not refer to the “wind” or “air” that a person breathes. Rather, it refers to a sort of spiritual engine which powers man and is energized directly by G-d. Indeed, Moses twice describes G-d as the “G-d of the Ruach of man” (Num. 16:22, 27:16), because He is the One who grants us that “life-giving spirit.”

Rabbi Pappenheim combines all these meanings of the word Ruach into the two-letter root REISH-CHET, which refers to “air.” Just as “air” is light and almost indiscernible, so does the term Ruach refer to the “soul” as something that is abstract and undetectable by the physical senses. In discussing other words derived from this biliteral root, Rabbi Pappenheim explains that revach (“open space”) is typically filled up with “air,” and yareach (“moon”) is called so because its movements control the “winds.”

Rabbi Samson Raphael Hirsch (to Gen. 8:21, Ex. 30:25) relates the word Ruach to reyach (“smell”), whose root is REISH-YOD-CHET, and compares those words to another two words: reichaim (“millstone”), whose root is REISH-(YOD)-CHET, and rokach (“pulverization”), whose root REISH-KUF-CHET is related because of the interchangeability of YOD and KUF. Rabbi Hirsch explains that reyach primarily refers to those tiny smell particles that emanate from things that smell. As such, reyach relates to the process of “pulverizing” and smashing with a “millstone” — both of which reduce bigger objects into smaller bits. Although Rabbi Hirsch does not explain how this relates back to the word Ruach, Rabbi Marcus writes that Ruach is derived from reyach because the winds are the forces that carry smells from one place to another.

The word Neshamah differs from Nefesh and Ruach in that it refers only to the “soul,” and has no other meaning. It is seemingly because of this that the word Neshamah appears only 25 times in the Bible. Interestingly, a survey of all those instances shows that cognates of Neshamah never refer to animals. This is because only people have a Neshamah (Ibn Ezra to Gen. 7:21, Koh. 3:21, see also Radak to Isa. 42:5). 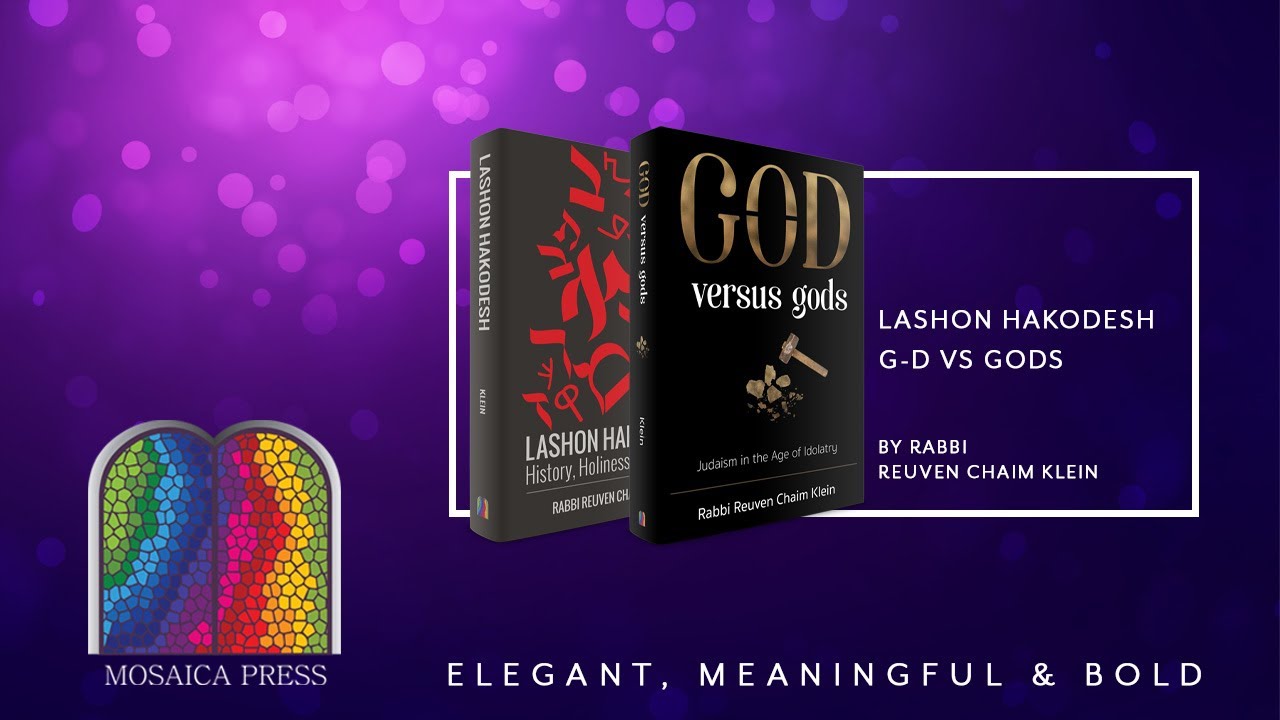 That said, the Midrash (Bereishis Rabbah 14:9) connects the word Neshamah with neshimah (“breathing”) by deriving the lesson that one must thank G-d for every time he breathes from the verse, “Every Neshamah praises G‑d, Hallelujah!” (Ps. 150:6).

Shoresh Yesha adds that the letter MEM from Neshamah’s rootNUN-SHIN-MEM can be interchanged with BET or PEH, both of which yield words that refer to “blowing” (like Mashiv HaRuach with a BET, and neshef, mentioned above, with a PEH). Indeed, Rashi (to Yoma 85a) seems to define death as the point when a person no longer breathes (which may have halachic implications for the brain death controversy).

Similarly, Radak in Sefer HaShorashim writes that Tinshamet — a non-Kosher predatory bird, often translated as “owl” (see Lev. 11:18, Deut. 14:16) — is derived from the root NUN-SHIN-MEM that relates to the Neshamah and “breathing,” because when one sees such a bird he starts breathing heavily (presumably out of fright).

Ibn Ezra (to Gen. 7:21 and Shitah Acheret to Gen. 2:7) writes that other sages have said that the word Neshamah relates to the word shamayaim (“Heavens”), and invokes the fact that man’s soul comes from Above. Ibn Ezra admits that even if there is a no etymological connection between Neshamah and shamayaim, they can still be connected thematically.

Rabbi Pappenheim actually offers a systematic framework for understanding the connection between Neshamah and shamayaim, explaining that both words are derived from the biliteral root SHIN-MEM, which refers to anything “abstract” that cannot be perceived by the material senses. Other words derived from that two-letter root include shahm (“there”) and shem (“name”), both of which denote abstract ideas rather than tangible stuff. In that sense, shamayaim refers to a wholly spiritual part of Creation, which transcends sentient perception, just as the Neshamah denotes a person’s spiritual essence, which one cannot see or otherwise perceive in a physical way. Rabbi Mecklenburg calls this a person’s geist — a German word that is related to the English words gist and ghost.