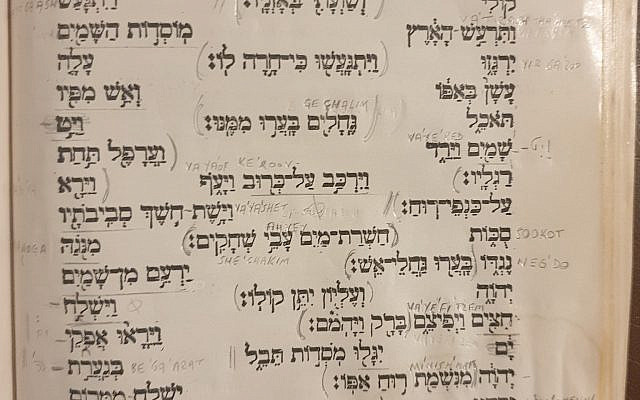 It is the Seventh Day of Pesach, April 2020, at the height of Corona lock-down.

My usual festival morning schedule consists of waking up early, doing some reading, occasionally looking at the clock, until I realize that I am going to be late for Shul. I then rush through the bathroom ritual, get dressed, grab my Talit and “Adler” Machzor and head out. 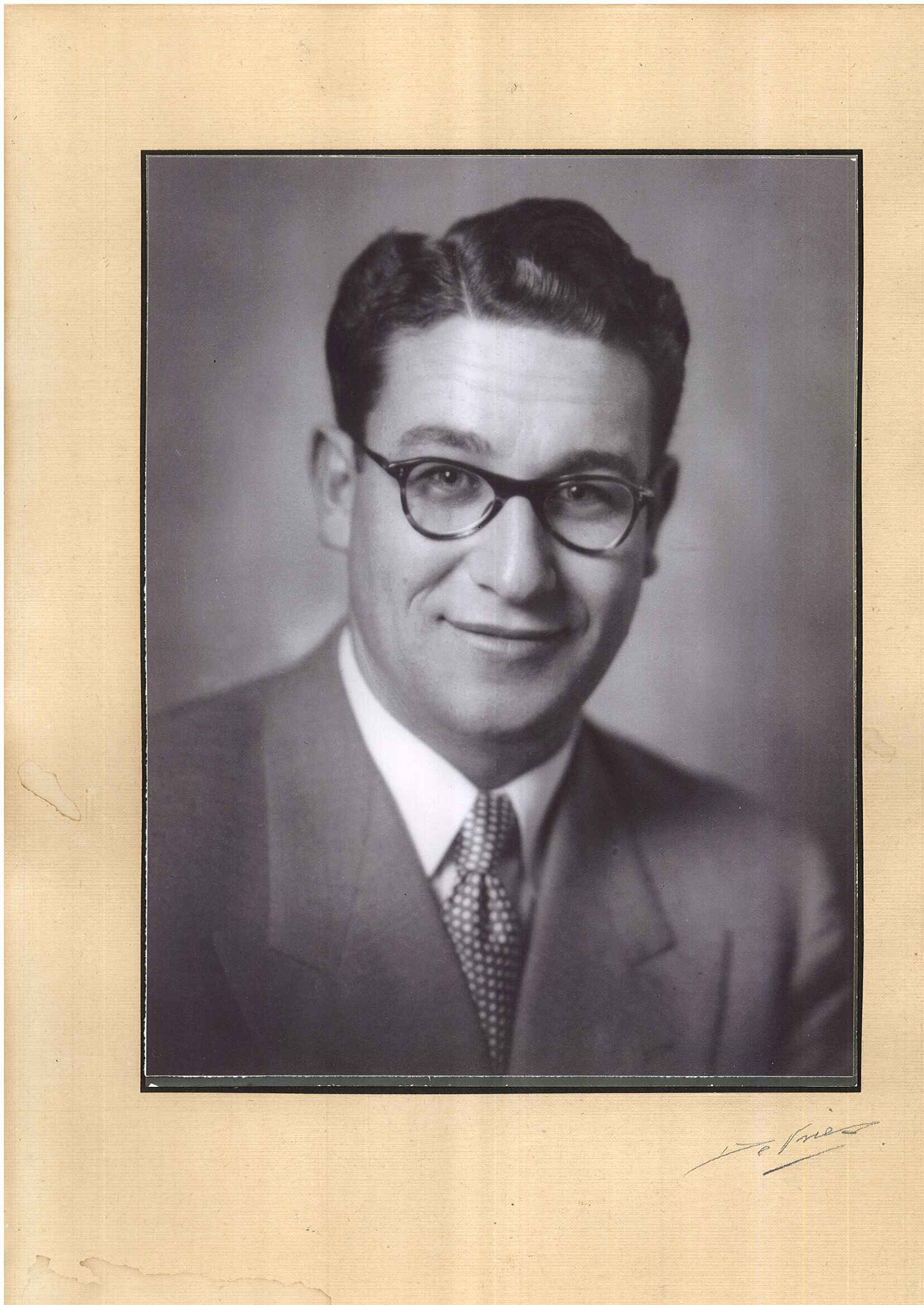 That morning, situation being as it was, I was in no hurry. On the way to the dressing part, I paused by the Yardseidt candles lit for my father and my wife Cheryl’s parents, all South Africans who had made Aliya in their later years. It occurred to me that they had not endured a similar experience in their lifetimes. I smiled thinking of my father Albert, who died aged 62 and whose 93rd birthday would have been that day. He would have enjoyed spending lock-down time immersing himself in his interests which involved hours of solitary, creative,  effort- carpentry, family film making, stamp cataloging and the like. He would have missed his offspring terribly but embracing the technology of Zoom and Whatsapp, he would have called regularly, with words of optimism and encouragement.

As I surveyed the bookshelf with my motley collection of Sidurim and Machzorim looking for the “Adler”, I noticed an old “Birenbaum for the Three Pilgrim Festivals”, front cover missing. I could not remember the origin of this particular book, but I thought it would be a fun change to use it for the morning’s prayers. I wrapped on my Talit and casually opened the Machzor. What I saw shook me. 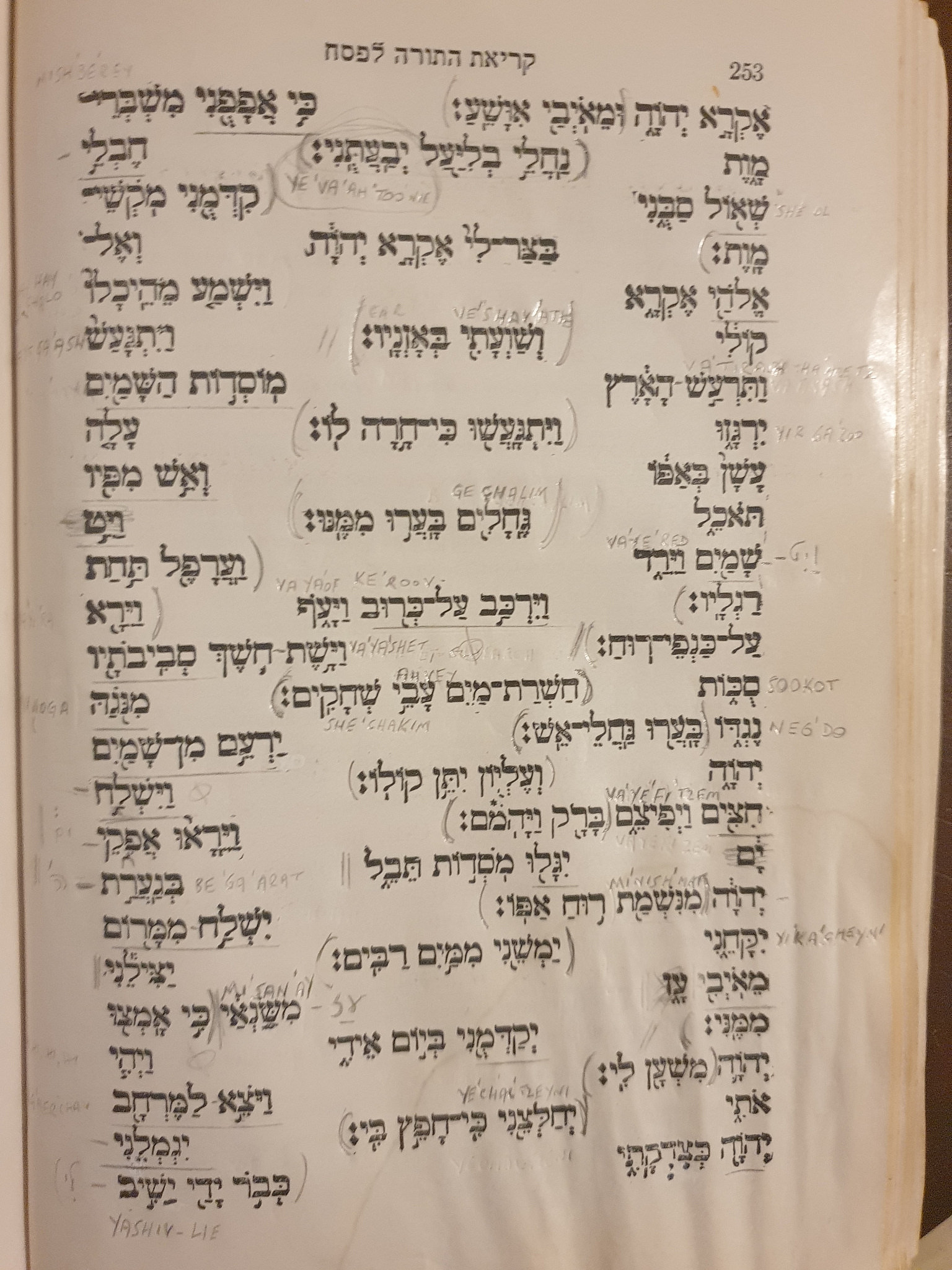 I had randomly opened to page 253. Page 253 consists of the Haftarah for the seventh day of Pesach. And there, in between the lines, were my father’s meticulous, hand-written prompt notes. To my recall, he recited the Haftarah just a few times in his life and it turns out that this was one of them. For us who were fortunate to receive a comprehensive Jewish and Hebrew education and have lived in Israel for decades, to be summoned to “Maftir,” is relatively trivial, requiring a few jitters and a brief review. Albert, who went to public school and attended rudimentary “cheder” until his Barmitzvah in Cape Town, had no such privilege. In addition, for all his fabulous talents, let’s say that he was musically challenged. Therefore, undertaking to recite the Haftarah, would have been a major commitment requiring hours of dedicated preparation. Like all endeavors he took upon himself, Albert had gone the extra mile in pursuit of perfection, making sure to pronounce each word correctly and to get the cantilation (“trop”) just right for this particularly long recitation.

What he sang many years ago, was King David’s Thanksgiving Song, with praise to God for delivering him from great danger in times of tremendous strife.  At the time, I hoped that we too would shortly be able to express the same sentiments.

My father may have lacked in formal Jewish education and practice, but he made up for it with a love of tradition and a passion for Israel. Diagnosed with cancer at the age of 51, he and my mother made Aliya. This brave move was not just the fulfillment of a dream. It was an investment in the future. We, his children made the same move around the same time.

It is now three months after Pesach and while Corona is still around, we have resumed life’s routine with difficult lessons learnt and an adjusted reality. This week, Parashat Pinchas, our grandson Dovaleh, will be celebrating his Barmitzvah. Just as my father and I were the first born males of our generations, Dovaleh happens to be the first of Albert’s paternal grandfather’s great-great-great-grandsons to reach this milestone. While I had heard him practicing the Torah reading, I had wondered about his preparations for reading the Haftarah.  That was until his father, our son-in-law Ido, a gifted educator who has taught Dovaleh his Barmitzvah reading, mentioned that he had spent ten minutes teaching his son the basic “trop” for the Haftarah and that Dovaleh had independently applied them to his Haftarah, singing it perfectly at the first attempt. Dovaleh explained that he has been following the readings in Shul on Shabbat mornings for years.

The Haftarah that he will be reading describes the Prophet Elijah’s painful sojourn in the desert and his eventual anointing of a successor, Elisha. I cannot help but think of my father and his ancestors who walked through a spiritual wilderness for so many generations and his descendant who through Albert’s conviction and action, has the extraordinary privilege of living the Jewish dream of millennia and has no need for Haftarah prompt notes.

I am immensely proud of both of them. 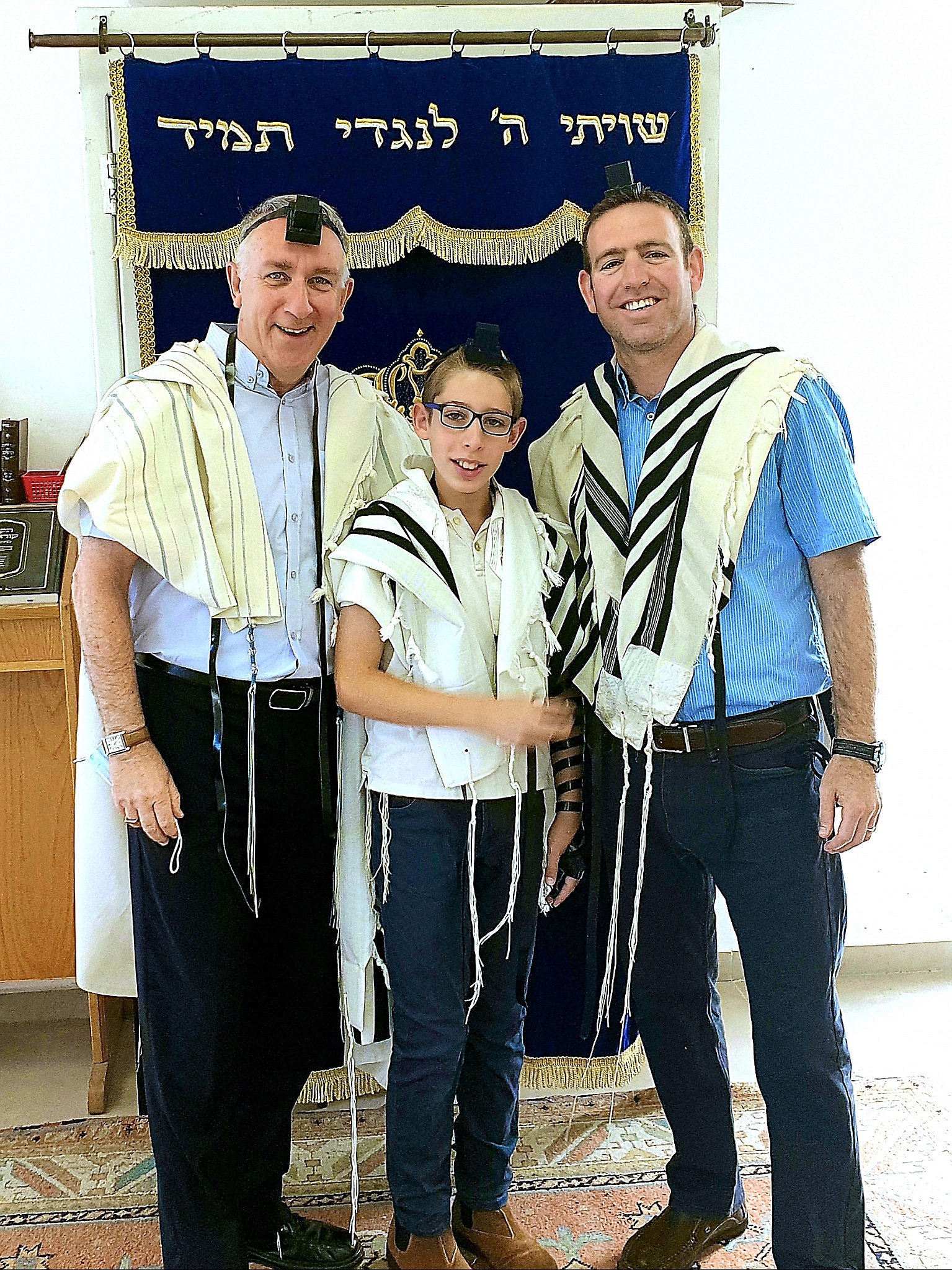 The author, Dovaleh and Ido

*Haftarah– a portion from the Prophets read after the Torah reading  on Sabbaths, festivals, and fast days.