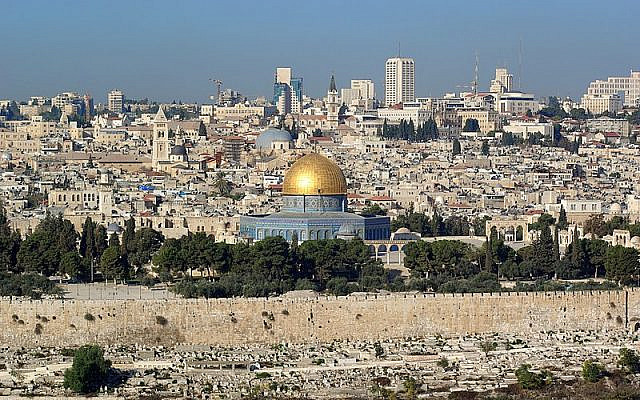 Assyrians, Philistines, Babylonians, Hittites, Egyptians, Canaanites and Persians have held Jerusalem. And then came Macedonians, Romans, Byzantines, Saracens, Crusaders, Mamluks, Ottomans and British. The roll call of those who’ve led their armies through, around and into the city include the names Alexander the Great, Sennacherib, Pompey, Vespasian, Saladin, Richard the Lionhearted and General Allenby.

This gives the city what must doubtlessly be termed cachet. And a unique air it is for a city that over its long and battered history—captured and recaptured over forty times—fell into periods when the population was the same size as the sleepy little town of Truth or Consequences, New Mexico. Ottoman tax records for the year 1525 document one of those nadirs. There were precisely 5,612 souls in Jerusalem at that time, among whom were 714 Christians and 1,194 Jews, and all residing within a town with an area comprising a third of a square mile.

Nonetheless, the spiritual shadow the city casts surpassed the facts on the ground, then and now. A few years later when the sultan Suleiman the Magnificent completed a thorough overhaul of the city’s walls he was so horrified and angered that his architects had left Mt. Zion outside the perimeter—being sacred ground for the city’s Jewish and Christian citizens—that he ordered the engineers executed. Jerusalem, the largest city in Israel, the center of a metro area of close to a million, has outgrown those walls of course, but even today the Holy City is hardly a sprawling Los Angeles or a seething, bustling hub like Tokyo with its thirty-six millions. But it has always punched far above its weight.

The Mongol khan Hulagu, for example, whose irresistible forces from Central Asia finally petered out grasping at but not quite achieving the conquest of Jerusalem in the middle of the 13th century, nonetheless thought the prize too attractive to refrain from using in his diplomacy with Europe. In a message to Louis IX, he informed the French king/saint that he’d handed over the city, although not his to give to anyone, to the Christians.

Hulagu’s sleight of hand and cagey statescraft might be outdone though by Alfonso de Albuquerque, admiral and viceroy of Portuguese India. His obsession with the Holy City is hard to match. He pestered the pope with his plan to sail up the Red Sea, capture Mecca and hold it for ransom to swap for Jerusalem. When Pope Leo X rolled his eyes Albuquerque came back with an alternative stratagem: digging a canal in Ethiopia to divert the Nile into the Red Sea, cutting Cairo’s water supply until Jerusalem was ceded.

In the decade in which Jerusalem was sacked by the soon-to-be Roman emperor Titus, the ancient Scots began facing the same invader. There was no great holy city for the Picts to defend, but media in the UK nonetheless have granted me column space and airtime to call for remedying the omission of not a single statue in the whole of Britain dedicated to Calgacus, Scottish commander against the Romans. He’s the chieftain who coined the infamous phrase with which survivors of the apocalypse having descended upon Jerusalem in 70 AD would have concurred:  “they make a desert and call it peace.”

This slight to the Caledonian hero is made all the more glaring considering that the British have made room for a bust of Karl Marx, a mural of George Floyd , and a statue of Greta Thunberg.  Likewise, insofar as Albuquerque is concerned, such single-minded passion for their city warrants the municipal authorities in Jerusalem to at least consider naming a street for the admiral, or erecting a statue of him in some public place. As the Jewish proverb so correctly notes, “you can’t force anyone to love you, or to lend you money,” leaving out mention of changing the course of a mighty river for you, although that might be considered as going without saying.