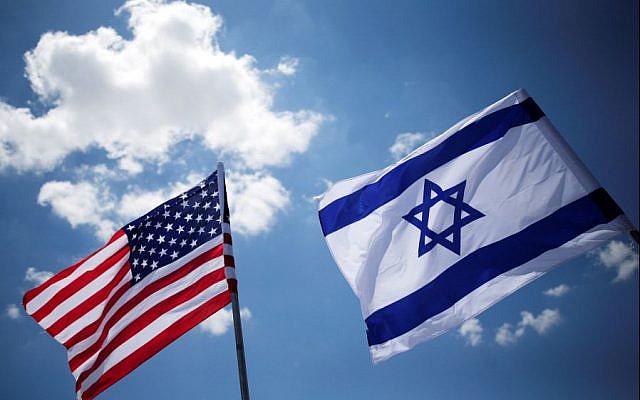 This past summer, I had the opportunity to spend 6 weeks in the United States. While I have traveled back and forth between Israel and the US many times, this was the longest that I spent in the States at one time. This trip provided me with a chance to reflect on the challenges that still exist between the Jewish communities in the United States and the residents of Israel.

Despite having lived in the US for more years than I have lived in Israel, I still feel like an outsider in a foreign land. While it is always nice to see family, friends, and to reminisce about the “good old days,” I cannot help but feel that there is something missing when I am in the US. No, I am not one of those people who tries to convince everyone I meet to make Aliyah. Living in Israel is not for everyone, and every Jewish person still living somewhere else, has a valid reason for doing so. Yet, after every visit, I feel the connection between Jews in the diaspora and the land of Israel decreasing.

We spent our first US based Shabbat with my family in Baltimore. The Jewish community there has always been somewhat of a “melting pot” and growing up, there always seemed to be something for everyone. I make it a point while outside of Israel to only attend synagogues that feature the prayers for the state of Israel and for the IDF as part of the regular service. After all, my family benefits from the country and from the IDF on a daily basis. My own children will be serving in the IDF protecting our Jewish home. When it came time to read these prayers however, I was dismayed at how many people purposely sat down to show that they did not support the inclusion of these prayers. Over the years, there were always 1 or 2 that did this, but it was never the majority. When this happened, my status as an outsider multiplied. I knew some of the people that were clearly not supporting my own home. How could this be? My Israeli sense of chutzpah must have set in, because after the service was over, I went up to a few of the “sitters” and asked what was going on. I pointed out that even if they sat for the prayer for the state of Israel, how could they sit for the prayer for the Israeli soldiers? What happened to supporting our fellow Jews? I clearly hit a nerve with the three others in this conversation. One gentleman just walked away muttering to himself. The second said that this is what his Rav told him to do, and the third claimed that he always supports Israel and that I must have confused him with someone else. I may have had a bit of jet lag but I knew what I saw. I left the Shul that morning, demoralized and ready to catch the next plane back to Tel-Aviv. As I thought about this experience, I realized that it was unfair to only criticize the people in that particular Synagogue. There must be something that would lead to this type of wide-spread behavior.

My trip in the US brought me to several different Jewish schools and synagogues. With the “Israel connection” question on my mind, I started asking rabbis, principals, and community leaders what they were doing to not only support Israel, but to strengthen the connection with the people in their communities. Thankfully, I received some amazing responses. There were communities in New Jersey for example that set up learning programs with students in Israel. Another community offered free Hebrew lessons. Some schools had established student committees to focus solely on building connections with Israel. One school created a “BDS Education” campaign that it took beyond the school and into the surrounding communities. I was thrilled to hear about these efforts and the great work being done by these and other amazing institutions.

Other conversations however, were not as positive. One place told me that they have a falafel lunch on Yom Ha’aztzmaut (Israel Independence Day). Another place told me that they talk about Zionism for two days a year as part of the history curriculum. Really??? That’s all they are doing?? What was most alarming is that these Jewish institutions were proud of these efforts. In their minds, they are already going above and beyond.

Yes, I have been involved with Jewish education for long enough to know that there are different viewpoints when it comes to Israel, and while I do not agree with them all, I do respect that each school has a right to decide its own approach. The problem is that even in this day and age when there are so many resources and so many organizations promoting Israel education, there are still too many Jewish people out there to count that have little to no connection to Israel. The fault for this cannot be placed on the individual, as most families do rely on their synagogues, schools, and communities for influence and direction. There seems to be a missing link that needs to be fixed.

Around four weeks later, I found myself back in Baltimore for another Shabbat. I was not sure whether to go back to the same Shul again and hope for better results or to try out a different synagogue. So, my wife and I set out to “divide and conquer.” I went back to the same place and she went to a different Shul. So, now for the good news and bad news. The bad news was that my experience was very similar to what I saw four weeks earlier. I was disappointed as this Shul has always been a strong supporter of Israel. That week’s Shul bulletin even featured a major fundraising initiative to help Israel. Yet, the people in this Shul again actively sat down when it came time to show the support. My wife however had a different experience. She went to another nearby synagogue where the opposite occurred. While she did see a few “sitters” a vast majority of the congregants stood and even said the Israel prayers along with the Chazzan/Cantor. So, we knew that at least the issue I saw did not extend to the entire community. I had at least some hope that not all was lost in my hold home.

From the pragmatic side, as an educator, I saw first-hand, a clear area that needs continued attention. While many great efforts are currently underway, there is clearly a nation wide need to continue to develop what should really be an obvious connection between the diaspora and Israel. Regardless of our political and religious opinions, it is impossible to deny the fact that Israel is important (in some way) to every Jewish person in the world. Let’s be honest and admit that those who are showing their lack of support by sitting during prayers for Israel are really just hypocrites. Whether religiously, culturally, or politically, every Jew has benefited from the connection to Israel. It is time to put our political views aside and figure out how we can strengthen this important connection so that every Jewish person gets more than the occasional “falafel Thursday” for lunch.

At the end of the Yom Kippur service, we scream out “next year in Jerusalem!” This phrase may have different meanings for different people, but it is obviously important. Regardless of what it means to each of us, this is a time for Jews everywhere to really stop and think about what it means to say that next year we will be in Jerusalem. For some, this exclamation may have a literal meaning, while for others it may be purely symbolic. What we do know though, is that for this phrase to be truly meaningful, we must do all that we can during the rest of the year to strengthen our connection to Israel. We must all stand up and be thankful that despite great odds, that we have an Israel to be in next year.