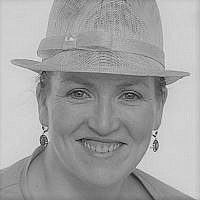 The Blogs
Naomi Pelled
Apply for a Blog
Please note that the posts on The Blogs are contributed by third parties. The opinions, facts and any media content in them are presented solely by the authors, and neither The Times of Israel nor its partners assume any responsibility for them. Please contact us in case of abuse. In case of abuse,
Report this post. 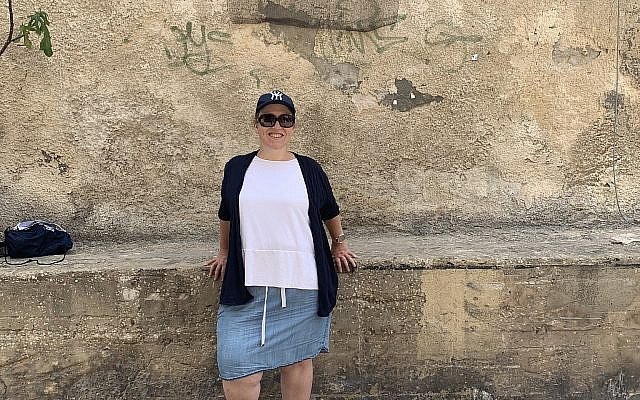 When I was nine years old, my mum first took me to Weight Watchers.

I was chubby, and she didn’t want me to have a weight problem, as she and my grandma had always had.

The Weight Watchers programme back then was easy and I ate everything I was advised to eat. That year, I lost weight even while enjoying a low-fat cheesecake, for my birthday.

I became the size I was aiming to be, for my age, height and build.

I’m not sure if my problems began with the stress of life at home, or simply the impression I had of just not fitting in. I moved to three different schools, within a two year period. You see, my older brother had burnt many bridges at numerous schools and my mum thought I would get a fairer deal from teachers, without my brother’s negative behaviour being a constant factor behind the scenes.

When all was said and done, I began gaining weight again.

Let me set the context: while I didn’t get bullied in primary school, everything changed when I moved to secondary school, at the age of eleven. I was the natural blond, fat kid and an easy target. I had fluffy hair, so pupils would roar at me and call me names. I also had a loud laugh. Kids would get me to laugh in class, so that I would get in trouble.

The worst bullying experience I encountered was when I was aged fourteen. I was travelling on a train, with a friend, who was also overweight. This ‘cool kid,’ who was a little schnip and I’m sure had his own complex, decided that he was going to start calling us names. Worse than that, he took out his ham sandwich – which he wasn’t allowed at school as it was a Jewish school – and started trying to wipe it in a sexual and absolutely disgusting way.  This all took place, while we were travelling from Camden Town to Edgware.  He kept doing it for most of the way, so my friend and I tried to stand back and ignore him.

A member of the public complained about him and he was expelled. Subsequent to this, another kid in the class, his friend made provoking comments, that weren’t bad enough for him to get in any serious trouble but kept me feeling worthless. As the friend of the expelled boy, I guess he felt it his duty to continue the bullying.

Then came the last day of compulsory school for all of us 16-year-olds before our GCSE exams started. It was a tradition to go to a field and have an egg and flour fight.  They hadn’t found a field that they were allowed to go to, so the pupils started doing it in the streets around Golders Green tube station.

I was not interested in taking part and had not bought any eggs or flour.

I had no plans to be involved, whatsoever.

As I walked out of the station with my friends to go and celebrate the end of compulsory schooling, the kid who had been provoking me for the past couple of years, came up to me with a bottle of BBQ sauce and shouted at me that I had got his friend expelled and it was payback time. He covered me head to toes in this gunge, ruining my expensive shoes, leaving me completely devastated and publicly shamed.

The police came, and because I was in a phone box trying to call my mum to come to help me, my name got taken. All the kids, who had been involved and caught by the police, were not allowed to return to the school for sixth form. However, due to what had happened to me, I was admitted the following September.

Whenever anyone would speak negatively to me and try to provoke and bully me, my reaction was always, ‘Who are you?’ I would say to myself, ‘Seriously, who is this person to me?’ However, on the inside, I was devastated and hurting.

Now I understand that my fat was like an armour.  It was so hard and it was my way of keeping the horrible world out. I would go and buy junk food and take it home. I would eat it alone in my bedroom. Sometimes, I would make myself vomit. This was my life for years.

I had the best mum, who tried to help me, but it was something I needed to deal with myself, internally.

Every time I watch anyone, who looks different from the other children, going to school, or who could be seen as ‘vulnerable’ by others, I worry about them. I do not want anyone else to go through the pain that I have been through.

But back then, I was just an afraid ‘little girl’ fending for acceptance from others.