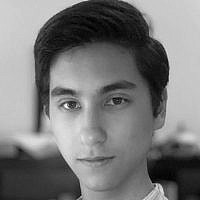 The Blogs
Ilan Eisenberg
Apply for a Blog
Please note that the posts on The Blogs are contributed by third parties. The opinions, facts and any media content in them are presented solely by the authors, and neither The Times of Israel nor its partners assume any responsibility for them. Please contact us in case of abuse. In case of abuse,
Report this post.

While the Israeli-Palestinian conflict is often thought of as a complex and highly-nuanced topic, any understanding of the conflict ultimately revolves around a single question, the question of who is indigenous to the land. All the differing perspectives on Israel boil down to whether they consider Jews or Arabs the original inhabitants of the region.

Chairman of the Palestinian Authority, Mahmoud Abbas, stated to the UN Security Council, that “[W]e are the descendants of the Canaanites who lived in the land of Palestine 5,000 years ago, and continuously remained there to this day.”

Linda Sarsour, an Arab-American activist tweeted, “Jesus was a Palestinian of Nazareth.”

Jonathan Cook wrote in The Electronic Intifada that Israel is systematically “Hebraizing” Arab city names in order to erase an Arab connection to the land, and accused Israel of turning al-Quds into Yerushalayim, al-Nasra into Natzrat, and Jaffa into Yafo. In doing so, the article assumes that the Palestinian connection to the land is longer than that of the Jews.

But do the facts support these claims that Palestinians are the original inhabitants of the land?

Linguistic analysis provides insight into this central question. In the 2nd millennium BCE, the inhabitants of Canaan, what is modern-day Israel, all spoke a language called Proto-Canaanite. Over time, their language underwent a phonetic shift known as the Canaanite Shift, which was characterized by a transition from an ā vowel to an o vowel. All the languages that descended from this Proto-Canaanite language had this o vowel in place of the ā, while the other Semitic languages from outside the region of Canaan kept the original ā.

The effect of the shift is still noticeable today. For example, the word for peace in Hebrew is Shalom, demonstrating the vowel shift, whereas Arabic keeps the ā vowel in Salām: Hebrew’s vowel shift indicates it was historically spoken in Canaan, while Arabic’s lack of the vowel shift suggests it developed outside of Canaan.

The Electronic Intifada article claims that the Arabic name of Yafa is the original term for the place, but as the true indigenous people would have used the vowel-shifted name of Yafo, as Hebrew does, the truth is laid bare: Arabic doesn’t fulfill the criteria to be a native language to Israel. The linguistic patterns of Arabic are consistent with the historical context –– Palestinians are Arabs, who are indigenous to the Arabian peninsula, but their indigenous claims do not extend to Israel.

All evidence points toward this conclusion. The territory of Judea and Samaria, which makes frequent headlines over contested Israeli and Palestinian claims to the land, has been called the Hebrew name of Yehuda v’Shomron since biblical times, and yet, the region has no native Palestinian term. Despite being the focus of activists claiming it is part of “Historic Palestine,” if the only Arabic term for the territory is the Jordanian name, al-dhiffah al-gharbiyyah, the “West Bank,” how can it be the original homeland of the Palestinians?

The Jews of Judea and Samaria were invaded by the Romans in the 1st century BCE, and the region switched hands between different imperial conquerors until the British withdrew in May 1948. Immediately after the British left, the 1948 Arab-Israeli war broke out, which resulted in Jordanian annexation of Judea and Samaria, which they viewed as the “West Bank” of the Jordan River. If, as Abbas claims, the Palestinian connection to the land is older than that of the Jews, how is it that the only term for the region is a Jordanian term coined in the last century?

Contrary to Cook’s article, Jewish cities, not Arab ones, were the victims of the cultural cleansing. Take, for example, the city of Shechem. For thousands of years, the city has been a central part of Jewish history: it is the place where Jacob lived and Joseph is buried, as well as one of the six historical cities of refuge. Today, however, the city is known in most other languages by its Arab name of Nablus. But it isn’t because it’s a more accurate term –– the origins of the name Nablus reveal an uncomfortable truth for those who perpetuate the Palestinian indigeneity narrative.

In 72 CE, Roman forces under emperor Vespasian conquered the city of Shechem from the Jews, renaming it Flavia Neapolis, the new city of the Flavian dynasty. With new imperial dynasties, the name was shortened to just “Neapolis,” and it remained as such until the year 636, when the Arab Rashidun Caliphate conquered Neapolis, Arabizing the name to Nablus. The Rashidun Caliphate’s conquest of Judea was the first time Arabs set foot in Israel, which makes the Arabs of today not the indigenous people of the land, but the very occupiers they claim to oppose.

The Jewish people, not the Palestinians, were the original inhabitants of Israel. The Jews are the true victims of imperialism and conquest. The narrative that Palestinians are indigenous and victims of Israeli colonization is more than a lie: it is a deliberate tactic to erase the Jews’ connection to their ancestral homeland.

The Palestinian indigeneity hoax is highly effective because it manipulates the familiar tropes of oppression, colonization, and imperialism in an appeal to the forward-looking. However, underneath all the seemingly-liberal language, a profoundly illiberal ideology rears its ugly head: racism. The only reason that Arab media outlets, politicians, and activists make a concerted effort to perpetuate such a blatant hoax is anti-Semitism. The claim that the Jews are not indigenous to Israel, which underlies popular accusations of settler-colonialism, is a grievous violation of all that is just and liberal and must be recognized for the bigotry that it is.

About the Author
Ilan Eisenberg is a high school junior from Northern California. He is an active member of Club Z and served on its teen board. He recently represented the United States in Chidon haTanach.
Related Topics
Related Posts
Comments