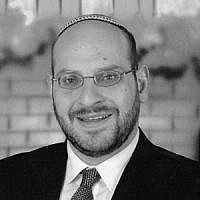 “Never again did there arise in Israel a prophet like Moses, who God had known face to face,” our Torah teaches. Yes, we have Joshua and Debra and King David, great rabbis and sages, but the leadership of Moses was unique.  Likewise, this past week we lost a unique leader in Israel.

Parashat Nitzavim teaches a very important lesson and it is fitting that it comes during the week of Prime Minister/President Shimon Peres’ passing. The parashah begs us to include everyone, young and old, the wood cutter and the water drawer. It implores us to remember the unique worth and importance of each one of us. Each of us, whether we are the tribal head or the wood cutter, is invaluable and irreplaceable.

I think that many of us forget this lesson often, especially when it comes to political leaders we disagree with. As a Netanyahu supporter, Shimon Peres was not someone I agreed with often.  After all, he was responsible for the Oslo Accords which weakened Israeli security. He was constantly involved in undermining Prime Minister Netanyahu.  And yet, now that he is gone, I am quite sure that I will miss him.

How quickly one forgets the good that a person has accomplished, that which we call in Jewish tradition hakarat hatov.  So many of us forgot or chose to ignore his record of being among the founders of the state, serving in its paramilitary, building Israel’s military prowess, creating it’s deterrent capability (hameivin yavin), forming a coalition with Britain and France in Israel’s early years, and later, his work on a peace treaty with Jordan and his reaching out to Arab leaders and governments. He went to and represented Israel in countries with no formal diplomatic relations with Israel and, in so doing, set the ground work for a greater acceptance of Israel in the international community.  He was the world’s beloved persona to represent Israel and, though he worked toward a two state solution, when Israel was unfairly criticized, boycotted, divested from, or sanctioned in the international community, he stood up for his country and defended it. He have lost Shimon Peres. Who now will travel to the gulf states to speak for Israel? Who will be Israel’s representative to Europe. I think I speak for many in saying that he was irreplaceable and will be sorely missed.

The last time I felt this way was when Prime Minister Yitzchak Rabin was assassinated. I had just come back from Israel where, as a student at Bar Ilan University, I was politically active and was arguing against the peace process with the Palestinians which I considered a fake peace. Yet, I never thought anyone would kill the Prime Minister because they disagreed with him. We are a democracy, after all. If you disagree with a politician, you vote them out of office in the next election. Nevertheless, someone chose the wrong path, the path of violence, and took Yitzchak
Rabin from us. I felt like I and the entire Jewish people had lost a father figure. I think we are feeling this again right now.

Perhaps this is a lesson for all of us as we approach Rosh Hashanah and Yom Kippur. Look around you. See the people in your life, whether you always agree with them or not, whether you are always on good terms with them or have your times of conflict with them, and appreciate them NOW. May all of Am Israel have a shanah tovah, may we know of no more sorrows, and may we have a year of peace, tranquility, and blessings. Amen.