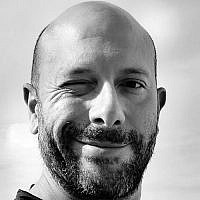 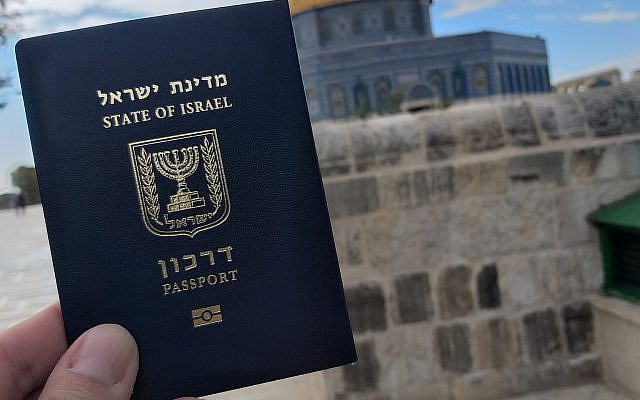 Because of some very private issues, I recently decided I had to go up to the Temple Mount for a close chat with G’d in His living room and would do it even if I had to get a court order or do some form of very public protest. Neither was necessary. The whole process was quite smooth and if I lived in Jerusalem, I would do it very often. I am utterly grateful to our Border Police.

The Har Habait (known as Temple Mount, but in its original Hebrew name, literally Mount of the House, which is totally different) is where Avraham took Isaac for sacrifice as a proof of his devotion to, and trust in, G’d. Avraham called it “Ad’nai Yeraeh”, from the Hebrew verb “לראות” (to see). Biblically, the Mount of the House is the place from which G’d sees us, a true meeting place between us and G’d. He can see us and we see Him through prayer.

The Mount of the House is also where the First and the Second Temples used to be. The famous Western Wall is “merely” a supporting wall of the Mount of the House. In the First Temple, the Ark of the Covenant that contained the two stone tablets with the Ten Commandments given to Moses used to stay in a special area, called Holy of Holies. There is some dispute as to where the Ark was in the Second Temple’s Holy of Holies. This area was so sacred that access to it was prohibited to everyone throughout the entire year, except for the Kohen Gadol solely on Yom Kipur. There was a whole strategy to “fish out” the Kohen Gadol if he died there.

This sacred site, the most sacred of all in Judaism, has been islamized, with the typical construction of Muslim spaces/buildings and obviously a minaret and is occupied by a Foreign Muslim Power. It is true, even though it is located within the State of Israel and was liberated at the cost of many lives during the Six-Day War, the Mount of the House is still controlled by Muslims who have prohibited any form of prayer by Jews and Christians. Entrance by Jews and Christians has been forbidden at times and extremely restricted at others. In one case, it was actually used as the excuse for terrorists to launch the so-called Second Intifada (costing the lives of approximately one thousand Israelis and 64 foreign nationals). The prayer prohibition is such that non-muslim religious items of those fortunate ones allowed to visit the Mount of the House are banned. There are a few lockers outside where pilgrims are obligated to leave articles ranging from sidurs to crucifixes.

This morning I followed with respect the requirements for access to the Mount of the House, such as going to the mikve to cleanse my soul first. I made sure my shoes were not made of leather. I spoke to the Border Police and was allowed to join a small group of 10 fellow Jews during this pilgrimage. Yes, those allowed to enter are first screened and security-checked, then separated by faith for security reasons and escorted by a large number of armed officers. They take us around, even though never very close to, or inside, any of the Muslim constructions, including the golden dome occupying precisely the place of the Holy of Holies.

Any obvious form of prayer is forbidden. One of our member pilgrims was swaying as many Jews do when they pray. He was immediately stopped by our officers.

It is curious to think that the masters of the Mount of the House do not only ban religious, but also “national” artifacts, if Israeli. Of course, I wanted to bring my Israeli flag and place it there for a photo as the man did on the moon, but it would never be fair for me to do this and risk the lives of other pilgrims and our Border Police. I did something better, we call it Yiddish kop, I played with the ignorance of the Muslim occupying powers. Since a form of id has to be taken for the screening, instead of my driver’s license or T”Z, I took my Israeli passport. A passport is a very strong national symbol, potentially one of the most sovereign national symbols. This resulted in the picture that illustrates this blog and speaks a thousand of words: we will never be stopped.

I hope more and more Jews will visit the Mount of the House every day on which it is allowed – and more days need to be allowed. We cannot be occupied and be silent; we cannot either resort to “their tactics” because we are far from them. Be kind to the officers and to those screening you. Go there and be at G’d’s meeting place, His very own living room. It has been wonderful for me and I hope it will be at least the same for everyone else. Please visit the utmost Jewish site.