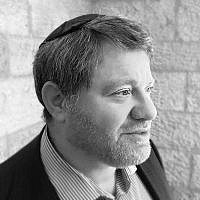 While our Thanksgiving revolves around food, football and (Black) Fridays, what many consider the original Thanksgiving of the pilgrims in 1621 was presumably more religious in nature. The short contemporary description of this event describes a three-day harvest festival attended by some 90 native Indians and 53 settlers, joining together after a very difficult first year in America for the settlers. The first known use of the word “thanksgiving,” however, does not occur until 1623, when, in response to a drought, a full day of fervent prayer (and possibly fasting) was followed by a great rainfall, motivating Governor William Bradford to institute a day of public thanksgiving to God. This pattern of solemn days of prayer and fasting followed by days of thanksgiving, originated in 1623, continued in other New England settlements throughout the 17th century and beyond. Were these special days an American invention or were they based upon something more ancient?

It is likely that the origins of this now quintessential American day, whether one looks to 1621 or 1623 as the original Thanksgiving, are predicated upon one and possibly two or more Jewish holidays. (The pilgrims would have been aware of such ancient autumnal festivals as Martinmas, which, while generally more secular in nature, may also have had their roots in the Bible.) Each year sometime between the end of September and the middle of October, approximately the same time as the 1621 harvest festival, Jews celebrate the biblical holiday of Sukkot, the Feast of Tabernacles. The overarching theme of this seven-day biblical holiday focuses on giving thanks to God for the harvest that we can now enjoy as we enter the fall and winter after months of hard work. Crucially, this joyous holiday, when Jews, weather permitting, live in outdoor booths for seven days, comes soon after the 25-hour fast of Yom Kippur when we focus on our relationship with God.

Notice any similarities? Clearly the Sukkot holiday would have been well-known to the religious pilgrims who actually saw themselves as new Israelites crossing not the Red Sea to the promised land of Israel, but the Atlantic to the promised land of America to find religious freedom. Could it be that the pilgrims were inspired by the biblical fall festival of thanksgiving (Sukkot) to institute their own similar festival after their first year in America? The 1621 festival not only took place sometime around the holiday of Sukkot, but was celebrated for multiple days and presumably took place outdoors, just like Sukkot.

Furthermore, the pattern of fasts and feasts in early pilgrim life may have found its origins in the juxtaposition of the fast of Yom Kippur and the biblical holiday of Sukkot, with its thanksgiving theme, or the general combination of fasts and holidays that Jews commemorate throughout the year in recognition of the fragility of life, something the pilgrims experienced in their daily struggles to establish a new home. Or perhaps the pilgrims were inspired by Hanukkah, another holiday which stresses thanksgiving for the physical and spiritual miracles that sustained Judaism some 2,000 years ago. This holiday, celebrating the Jewish victory for religious freedom, would have resonated strongly with the Puritans, who were forced to flee religious persecution in England and could look at the Jewish experience for inspiration.

If you’re still skeptical, note Governor Bradford’s own words: “May not and ought not the children of these fathers rightly say: Our fathers were Englishmen which came over this great ocean, and were ready to perish in this wilderness; but they cried unto the Lord, and He heard their voice and looked on their adversity…Let them therefore praise the Lord, because He is good: and His mercies endure forever…Yea, let them which have been redeemed of the Lord, shew how He hath delivered them from the hand of the oppressor. When they wandered in the desert wilderness out of the way, and found no city to dwell in, both hungry and thirsty, their soul was overwhelmed in them. Let them confess before the Lord His loving kindness and His wonderful works before the sons of men.” Anyone familiar with the Bible’s description of the First Fruits Ceremony (Bikkurim) or with the Haggadah should find this language striking. We can now add the holidays of Shavuot (Pentecost) and Pesach to the mix of possible sources for Thanksgiving.

While we cannot know for certain how much these Jewish holidays inspired the pilgrims, clearly there is great overlap between the themes of Thanksgiving and these Jewish holidays. This year, 2022, the Jewish calendar has set up another striking parallel between Thanksgiving and a Jewish (mini) holiday, as the biblical holiday of the New Moon (Rosh Hodesh) coincides with Thanksgiving, a fairly rare occurrence. This Thursday and Friday, Jews across America will gather in synagogue to say a special prayer of thanksgiving, comprised of a number of Psalms focused on thanking God and appreciating our blessings in this world. And if that’s not enough — wait for it — the Hebrew word for “thanks” is hodu, a dominant theme in the special prayer of Hallel said on Rosh Hodesh, and which (I’m not making this up) also means “turkey.” Thus, the literal translation of Thanksgiving Day in Hebrew is “Turkey Day.” (And for some inside baseball, the answer this year to the questions posed (somewhat) in jest each Thanksgiving at synagogues across America, “Can we skip Tahanun today?” and “Should we say Hallel?” is actually a resounding yes.)

From America’s earliest days, when Hebrew was spoken in Ivy League universities and Benjamin Franklin used the Jews’ exodus from Egypt in his design of the Great Seal of America, Jews have always enjoyed a special relationship with this great country. Having been denied religious freedom for most of Jewish history since the Jews were exiled from Israel some 2,000 years ago, Jews are especially thankful to be living in an America which values religious freedom.  Both Presidents Washington and Lincoln’s Thanksgiving Proclamations reinforce this idea, as they speak of an “Almighty God,” ”a great and glorious Being,” ”Most High God,” and “our beneficent Father,” all non-sectarian ideas of God, sending the message that Jews can choose to believe in the Jewish God.

At this time of the year, we are especially thankful to be able to celebrate Thanksgiving and soon Hanukkah, as we appreciate the great nation of America which protects the religious rights of all. Let us therefore pause from the football games and food, and appreciate the gifts of freedom we have, whether to worship or not, to celebrate the holidays or not, to eat turkey or tofurky, all while giving thanks to family, friends, country and God.

About the Author
Maury Kelman is a rabbi and attorney, chairman of Kedma, rabbi of Congregation Agudath Achim and also oversees Route 613, a halakhic conversion program.
Related Topics
Related Posts