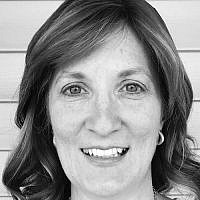 The Blogs
Rina Lieberman
Apply for a Blog
Please note that the posts on The Blogs are contributed by third parties. The opinions, facts and any media content in them are presented solely by the authors, and neither The Times of Israel nor its partners assume any responsibility for them. Please contact us in case of abuse. In case of abuse,
Report this post. 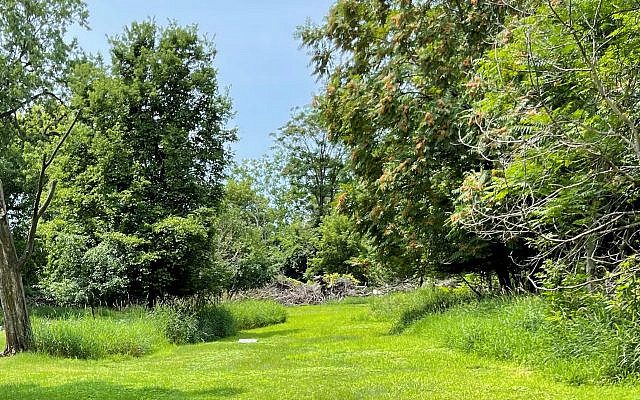 On June 23, 2001, my grandmother Inez was dressed in a white full dress, support shoes and a white large, brimmed straw hat. At 91 years old and as a not yet Jewish woman, she was committed to joining the faith. On this Shabbos morning she was ready for shul. She assured my father that she felt fine despite the heat. She arrived at shul on time on my father’s arm, but suddenly stopped. Her heart had given out. She had told me years before that she did not want to die like her patients at the old age home. Despite the immediate response from the Hatzalah members at the scene, she died. In essence, she got her wish and she lived mostly independently until the end.

Twenty years had slipped by, but a day has not gone by where I did not think of her. As a child I remembered my grandmother as a large woman who was always a bundle of energy. She arranged family outings when we made the winter or summer trips out to see her from Chicago to Pleasant View, Colorado. There was always something interesting to see or do. She enveloped me into her arms as a mother bear would hug her young. I was her granddaughter, not the awkward preteen or the belligerent daughter. She did not stand on pretense, and she loved me unconditionally. She made me sweaters and blankets that kept me warm both physically and emotionally as I returned to my life away from hers. Even now, so many years later, I keep the pastel Afghan on my bed, the perfect layer on a cold day, or a quick wrap for a Shabbos nap.

She tried unsuccessfully to have the three of us call her Auntie Inez instead of Grandma since grandmothers were old people. Grandma was never going to get old; she would just have more adventures. She loved traveling and had done plenty as a United States Army officer’s wife. But that was not enough. She traveled the globe with her sister Mary, and they enjoyed the wonders of Europe, Asia, the Mediterranean, Alaska, and Hawaii on their annual cruises. She brought my sister and me dolls from Taiwan, Holland, and Russia. She said that she loved the trips but wished that she had been able to do them while she was young.

We lived a different lifestyle from the one that she had raised my father in, but rather than rejecting us, her curiosity and intellectual interest was piqued.

While I studied in Israel after high school, she asked that I take a bus to an Egyptian port to see her. I asked the rabbi of my school and he told me that I could not go. He felt responsible and said that it was dangerous to go alone. I guess I missed the boat on that one.

Grandma was generous with her money. She loved making her own money and did not want to retire from her nursing position. She had returned to school when my father was in high school and had fought against age discrimination to get accepted to the only program in the country that would accept a student over the age of 40. She had survived extreme poverty thanks to the miserable Missouri scorched farm, and then The Great Depression. She was passionate and passionately loved her life of independence after my grandfather agreed that they were better off living apart. She sponsored my year studying in Israel. I met my better half that year and she was delighted to add another person into her family to love.

When I accepted the proposal of marriage, she joyfully explained that she could not wait to attend her first Jewish wedding. She got busy making her own dress from a teal green shade that I had chosen for my scheme.

Years went by and I made my home in New Jersey. When I spoke to her on the phone she reminded me that she prayed for me every day. I assumed that she did as there were days as a young wife, mother, and nurse that I did not know how I got by without special advocacy to HaKodesh Baruch Hu.

She finally admitted that she needed help and my dad went out and helped pack up the house that his father had built for his bride in 1934 on the lot next to her parents. It faced west and sported breathtaking views of the Colorado sunsets against the Rockies. I had asked her why she would ever leave such a beautiful place just to travel. She reminded me that she had lived there since 1925 and she was tired of the view.

My mother busily arranged to purchase an apartment near them in Chicago. I lamented that I lived in New Jersey and that I could not offer any help. Grandma was 90 and as sharp as a tack. She asked more about the religion that her husband had hidden from her, and her only child and family had adopted. She began attending services regularly in the shul just a block from her apartment and announced that she intended to convert. My parent’s rabbi was surprised and noted that he had not had a beginner at her age before. Grandma let him know that she was not quite a beginner, and that she knew the Bible cold. She also had no plans of ever letting her age factor into decisions.

Grandma chose a name for herself and planned to complete conversion classes by the end of that year.

I was back in Chicago with my husband, it had been over eleven years since my parents had moved near me, ten since my father had lost his battle with cancer, and 20 years after my grandma’s soul had returned to her maker.

My son and his wife had moved to my hometown and traveling restrictions were over, so we had made the trip. We were having a nice time catching up with friends and family and checking out the array of kosher restaurants in the Chicago area that had amazingly survived the pandemic. It occurred to me that I had not visited grandma’s final resting place.

My husband reminded me how much he loved my grandmother, her joy and energy, and the shared love of humor that he had had with her. I called the rabbi and figured out where the cemetery was.

We made the trip to the formerly Jewish area on Chicago’s Westside on the last Friday of June. The cemetery office was locked as a COVID-19 precaution, but the manager held up a piece of paper with the office phone number on it at the glass door. I called. She asked if my grandmother was of the Jewish faith. “No,” I answered.

She gave me the row and the plot number and let me know something about the end of the cement path. My husband and I walked through the old Austrian-Galatian section of Waldheim Cemetery with the stately but damaged mausoleums and several headstones that had fallen face down. Many tombstones also had empty ceramic picture spots of the departed, clearly the work of vandals. The remaining oval ceramic photos showed the black and white faces and Eastern European garb of the Ashkenazi Jewish men and women who had lived in the once heavily Jewish Westside one hundred years before. My husband pointed out the row markers stamped onto the cement walkway. I remembered the willows and the wrought iron fencing from the last time that I had been there, but I could not recall exactly where my grandmother had been laid to rest. I knew that she had been buried on the outskirts of the cemetery.

According to Jewish law Jews and non-Jews are buried separately. Grandma was buried in the Jewish cemetery but on the outskirts. Her plot was separated from the crowd of other graves by a good span. Grandma had enjoyed miles of empty space when she had grown up in the rural plains of Colorado. She had worked as a singer, a teacher, a ranch assistant, a hairdresser, and a circus performer before her life as a wife and mother. This seemed normal for her to have far off neighbors.

My husband looked west and noticed a clearing where sunbeams were reflecting off a single footstone near a wooded area. We walked over and I pulled out a paperback edition of Psalms from my purse and we recited Tehillim.

“Do you remember why she had picked that name?” my husband asked. My father had both her English and the Hebrew name that she had wanted engraved on the marble footstone that we looked down on.

“I remember,” he whispered. “Tzipporah was a woman who began her life as a non-Jew and turned out to be an important supporter of the Jewish people, as Moshe’s wife.”.

“How appropriate,” I observed.

Two white butterflies fluttered above a nearby bed of clover, and a gentle breeze kissed my moist cheek.

There she was, a bit away from the gaggle of ancient headstones, like a queen observing the people.

We placed small stones on her footstone. “Until next time, Grandma,” I thought to myself as I turned to leave.

About the Author
Rina Lieberman was primarily raised in Chicago. She lives in New Jersey with her husband their overly friendly mixed breed rescue dog. They raised four great kids, three of whom are married. Her grandson is her current excuse for baking cookies, and he does not seem to mind one bit. She is a certified school nurse, and a genealogy enthusiast. If you would like to contact her click the Contact Me button near the top right hand side of this page.
Related Topics
Related Posts
Comments
Advertisement