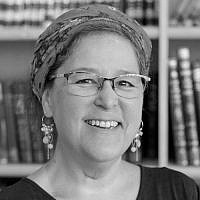 The Blogs
Devorah Evron
Apply for a Blog
Advertisement
Please note that the posts on The Blogs are contributed by third parties. The opinions, facts and any media content in them are presented solely by the authors, and neither The Times of Israel nor its partners assume any responsibility for them. Please contact us in case of abuse. In case of abuse,
Report this post. 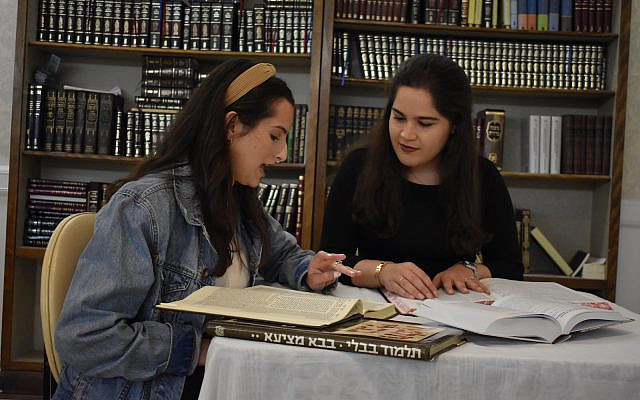 Coming amidst the latest upswell of political chaos, a recent announcement by Deputy Minister of Religious Affairs didn’t really get the attention it deserved. Matan Kahane’s statement that the government would actively fund communities and synagogues that employ women in senior spiritual positions was nothing short of historic.

As I heard the news, I thought back just a few short years to when I and a small group of women were among the first to advance the idea of women learning halacha in a formal and dedicated “beit midrash” setting. At that time, the concept that one day soon the Israeli government would include budgetary support for women’s Torah study let alone support our role as halachic decision-makers would have been viewed as a distant dream.

Most historic changes of this nature come not as a result of dramatic revolution, but from grassroots efforts and the passion and dedication of a core group of individuals who recognize a need long before the community or environment they are hoping to change. This has certainly been the case when it relates to the place of women in the study of halakha.

A relatively small collection of women, people I view as both pioneering and brave in their spirit and actions, made the decision to stand up amidst a world that traditionally didn’t share their views. Their tenacity served to literally break boundaries by asking for the chance to be seated at the Torah study table.

In the face of continuous – and still ongoing – challenges, they have never wavered from that vision. Slowly but surely, they persisted in learning and asking that their voices be heard and recognized for their unique and critical contribution.

Each woman in her own right can be viewed as groundbreaking and ceiling-shattering. And through their actions we now live in a world where women in halakha are growing in prominence and achievement in a new social and spiritual reality has been created for the benefit of all – women and men alike.

The announcement by the Religious Affairs Ministry is thus just the latest development in the story we have been writing for several years.

In recent years we have seen women teaching halakha in ways that directly contribute to Torah study at the highest levels. But no longer just as educators, we are witnessing women serving as communal leaders and directly contributing to halakhic discourse.

For the most part, these developments were taking place below the radar, funded privately but with little or no institutional recognition.

This governmental decision, therefore, is intent on rectifying that oversight and its implications go beyond just the budgetary allocations that will result from it. Perhaps far more importantly, this decision will be the watershed moment allowing for public recognition of the critical function that women play in teaching and adjudicating halakha and the positive place that institutions that educate, train and certify these women play in our contemporary society. For women themselves, I am hopeful and confident that this decision will open doors to appreciate that these are scholarly and spiritual paths worth taking. In so doing, we can significantly expand the world of Torah to every young girl and woman who seeks it.

We witness these blessed developments with the full recognition that there are many people, including dedicated women of Torah themselves, who don’t share our enthusiasm for this process. On a very regular basis, we hear from friends and fellow female educators who express sincere opposition to the introduction of the female voice to the world of halakha.

Some argue that this is a discipline that should remain in the full purview of men as it is neither appropriate for women to be involved in such a world nor to be the ones to be making such sacred decisions. We respect that perspective, just as we respectfully request that they respect our desire to learn, teach and share halakha. As Jewish scholarship and tradition have always thrived on differing perspectives and opinions, we firmly believe that here too there is considerable space for respectful dialogue and even debate.

There is no disputing that we live in historic times, when new opportunities are opening up to women in ways that were certainly not possible before – for this we should all be thankful. Our sincere hope and prayer is that the role of women in Torah study and practice, and halakha in particular, will help usher in a world where every Jew, regardless of gender, will be able to find his or her rightful place, in ways that respect our ancient traditions and bring honor to our texts, our country, our faith and our people.