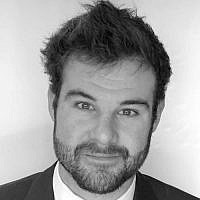 Recently, both as an academic who studies the Holocaust and as a passionate Canadian Jew, I have been struggling to make liminal to others my fear of an increasingly troubling trend. That being the denigration of the actions of the BDS movement in Canada and internationally from disseminating anti-Israeli discourse to engaging in acts of anti-Semitism.

The issue is that often times the divergence from criticizing a nation-state to that of the shaming of an entire cultural/religious group is typically done on a nuanced level; which veils its harmful reality in the rhetoric of defending human rights and socio-political freedoms. This makes these transgressions, despite their dastardly intentions and demonizing consequences, less palpable to those not attuned to the modern global struggle against anti-Semitism. It is often easier to shy away from the task of revealing the anti-Semitic nature of the accusation than to confront those who go to such immense lengths to masquerade their intent, which is a shame because an egg can be rotten inside despite the purity of its outward appearance.

However, a recent report by Bnai Brith Canada’s The League for Human Rights has cracked the shell of the Canadian BDS movement and exposed its soured yolk. (https://www.bnaibrith.ca/bds-activist-promotes-sales-of-israeli-arab-wines-in-canada/). Although, given the manner of the latest sanctimonious undertaking by the members of the Canadian BDS movement against the global Jewry I am about to uncork, perhaps I should have fermented the article with more wine-like metaphors.

There is nothing anti-Semitic about this stated vision. And I for one would never detract from an organization that vouges to advocate for the global advancement of human rights and to assist those who advocate for such. Although, I do question why such an organization would consider the adoption of a campaign labeled “#noIHRA” and “#IHRApromotesRacism” as not irrefutably hypocritical considering the group’s purpose.

The IHRA’s working definition of Anti-Semitism was adopted by the organization in 2016. It reads as follows, “Antisemitism is a certain perception of Jews, which may be expressed as hatred toward Jews. Rhetorical and physical manifestations of antisemitism are directed toward Jewish or non-Jewish individuals and/or their property, toward Jewish community institutions and religious facilities.” The definition contains no mention of Israel or of the Palestinian Territories. The IHRA provides 11 contemporary examples of anti-Semitism, some of which make reference to the state of Israel.

It is these examples that most critics of the IHRA’s definition take issue with and I assume that it is the examples that relate to Israel, the most contentious of the scenarios opined, that have led the Just Peace Advocates to attack the IHRA definition. The issue with such condemnations is that they are unfounded. The IHRA’s references to Israel are actually trying to dispel myths that detract from the resolving of the bona fide issues that amount to the Israel-Palestine question. The IHRA definition does not prevent Palestinian advocates, or any persons for that matter, from criticizing Israel. The sole purpose of the reference to Israel is to ensure that non-Israeli members of the Jewish faith are not unfairly entrapped in the Israel-Palestine debate.

The IHRA enthuses that it is anti-Semitic to call Jewish citizens of any nation unpatriotic for having relationships with Israel. This is akin to stating that calling Muslim Canadian’s unpatriotic for supporting their favorite soccer team in the Arab world, which would of course be racist. The Jewish people are not collectively responsible for the actions of the state of Israel. I am a Jew, I have voted in over a decade’s worth of Canadian elections, but I have never participated in any form of Israeli politics. I am in this vein, more guilty of supporting the continued oppression of Canada’s Indigenous peoples than that of any Palestinian.

I take no offense as a Jew when Israel is fairly criticized. No nation-state is perfect and holding all the world’s nations to a higher standard of governance is a genuine way to enhance the level of human rights experienced around the world. The IHRA does not desire to prevent this from being done. It does implore a reality check though. Condemnation of Israel can quickly become anti-Semitic if it begins to denounce Jewish persons generally. Further, any reference to the Nazi regime or denial of the holocaust is unforgivably anti-Semitic and cannot be justified because the noun Israel is lumped into the vitriol.

So, unfortunately, I have to disagree with the JPA. I do not find the IHRA definition or examples of Anti-Semitism to be racist or dangerous or contrary to the proliferation of human rights. I do however find a campaign to delegitimize the IHRA’s efforts to combat anti-Semitism to be an overt example of the exact type of behavior they are alleging to condemn.

Amongst the founders of the JPA is Karen Rodman. Rodman is also the self-billed CEO of Palestine Just Trade (PJT). PJT is an incorporated company in Canada that promises to bring its customers goods from the Palestinian Territories. The company also advertises the JPA on its website and its profits are used to fund the JPA. There is prima facie nothing condemnable about this partnership. Everyone is entitled to advocate for their own beliefs and to support whatever legal business endeavors they want.

However, the PJT’s endorsement of the Ashkar Winery leaves a bad taste in one’s mouth. You see, if Ashkar was in fact a Winery in the West Bank or Gaza Strip I wouldn’t even be sitting here inside on a sunny Saturday typing away. I may find that the BDS movement has become synonymous with Anti-Semitic discourses and unfairly criticizes Israel, but I would have no right to critique the legitimate business practices of the PJT.

Unfortunately, the business practices of the PJT are not legitimate. If you travel north on Highway 70 into the Golan Heights, you will find the village of  Kafr Yasif. It may be a predominately Arab village, but its inhabitants are Israeli. The businesses located within its boundaries are unquestionably Israeli and through taxation and its conducting of business are active participants in the Israeli economy. However, out of all the other wineries in the Golan Heights, the PJT has selected the Ashkar Winery. Why? Because it is Arab.

Why does this matter? Because to boycott the wines of Israel in favor of those of Palestine or to denounce supporting them all together are acts of political resistance. To do so is to actively protest against the Israeli state. However, to choose between wines made in Israel on the basis of the ethnicity or religious creed of those who run the winery is blatantly contrary to the advancement of global human rights. Yet, this is exactly what the PJT and in association the JPA have done.

Hypocritical, bigoted, illogical, lots of adjectives come to mind. It is such an obtuse faltering that I believe it bears repeating. Those who have the nerve to attack Israel’s human rights record and to villainize the efforts of the IHRA to combat anti-Semitism are promoting the sale and consumption of Israeli wine. If the human rights of Palestinians were truly their main objective, why on earth would the PJT promoting the success of an Israeli company. It flies directly in the face of the stated agenda of the BDS.

So, one must ask. Why would a pro-Palestinian cause throw their publicized mandate out the window and support products made in Israel? Because their first concern doesn’t seem to be ensuring the success of Palestinian companies, but rather the failure of Israeli corporations not owned by Arabs. Now, it does not take much intelligence to appreciate that supporting only Arab businesses unfairly prejudices the other major stakeholder within the Israeli population, those of Jewish faith.

The Canadian BDS cannot eat its grapes and crush them too. They either support the proliferation of Palestinian goods and are against the sale of all Israeli goods in an effort to punish economically the entire Israeli nation or they do not. Selecting non-Jewish Israeli products is simply not a conscionable act. It takes one justified by the alleged human rights abuses of a nation-state and unfairly villainizes an enumerated cohort within the population. In this instance, that Cohort is the Jewish citizens of Israel and doing so is therefore consequently anti-Semitic.