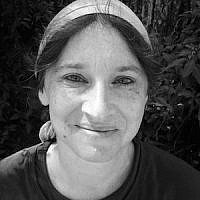 While Jewish women debate the merits and demerits of their spiritual-fulfillment options near a segment of an ancient Temple Mount retaining wall, other parts of Jerusalem — areas diseased enough to actually require healing prayer and Psalms — escape their notice.

I thought it might be worthwhile to look at one of those other parts of town, in which the Israeli and international media take no interest. It is not a district of obvious religious importance, or one where women have been conspicuously oppressed. Yet I would argue that it, and countless other places like it in Jerusalem and in Israel generally, bear the stigmata of women’s non-participation in urban planning and design.

To put it in terminology from the bad old days of gender essentialism: these parts of Jerusalem are awash in testosterone, and sorely need a woman’s touch.

The area we’re going to tour is Malha, the site of a pedestrian-hostile mall, a fortress-like office park, a 1990s-era stadium, a new budget-busting arena whose construction was fast-tracked by the current municipal leadership, and a welter of high-speed, multi-lane roads — including a recently-dedicated southern extension of the Menachem Begin Expressway that slices through Jerusalem.

Suppose you’re a woman living in the Katamonim slum that abuts Malha, and you want to run some errands at the mall (which is the only shopping hub anywhere near your home). How do you get there? If you want to go on foot — a reasonable desire, since it’s technically only a few minutes’ walk away — you have to make use of pedestrian bridges or overpasses that carry you over forbidding roadways. 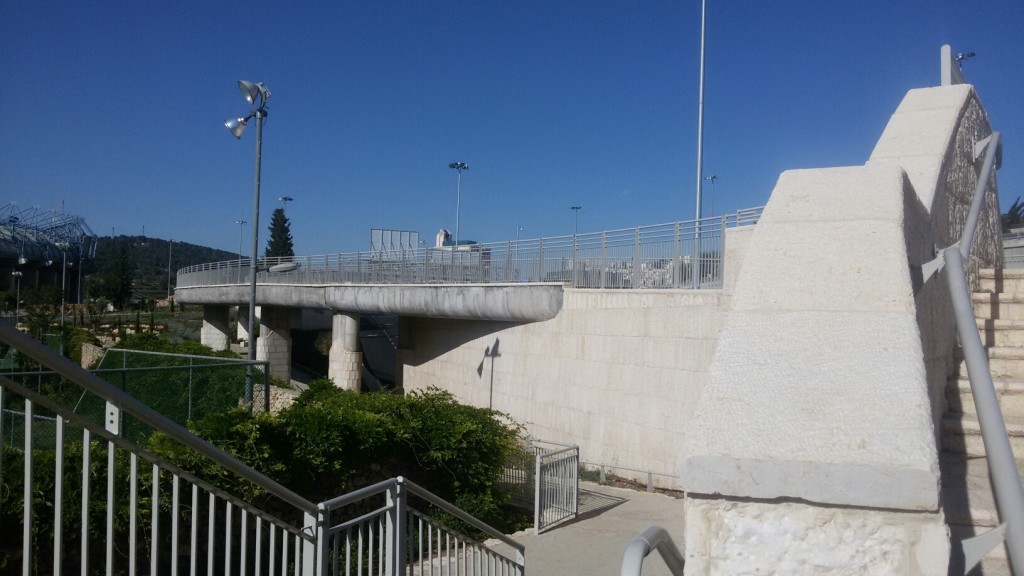 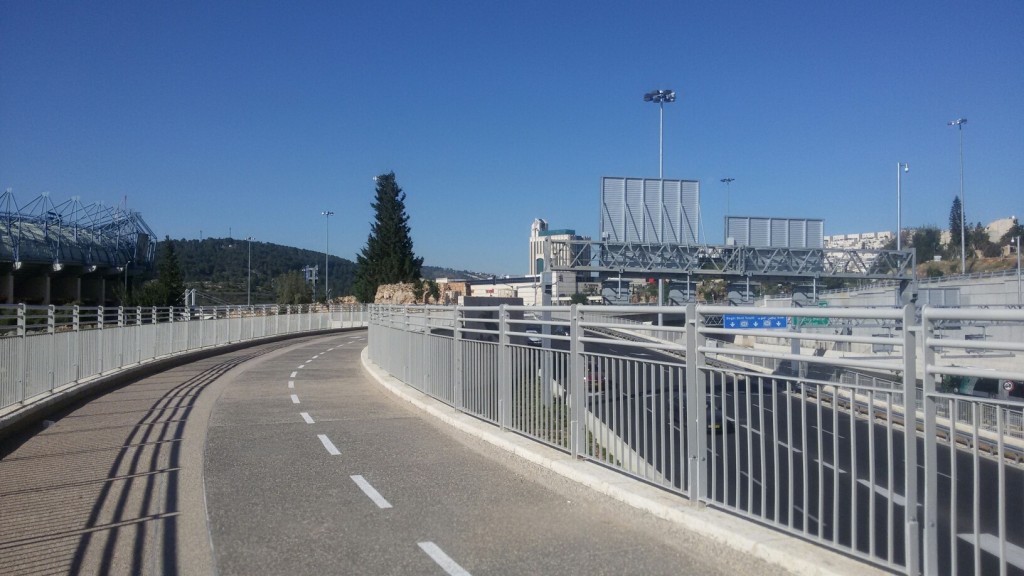 The carefully-appointed, segregated pedestrian path gets you only so far. When you reach its end, you still have to wend your way through this mess: 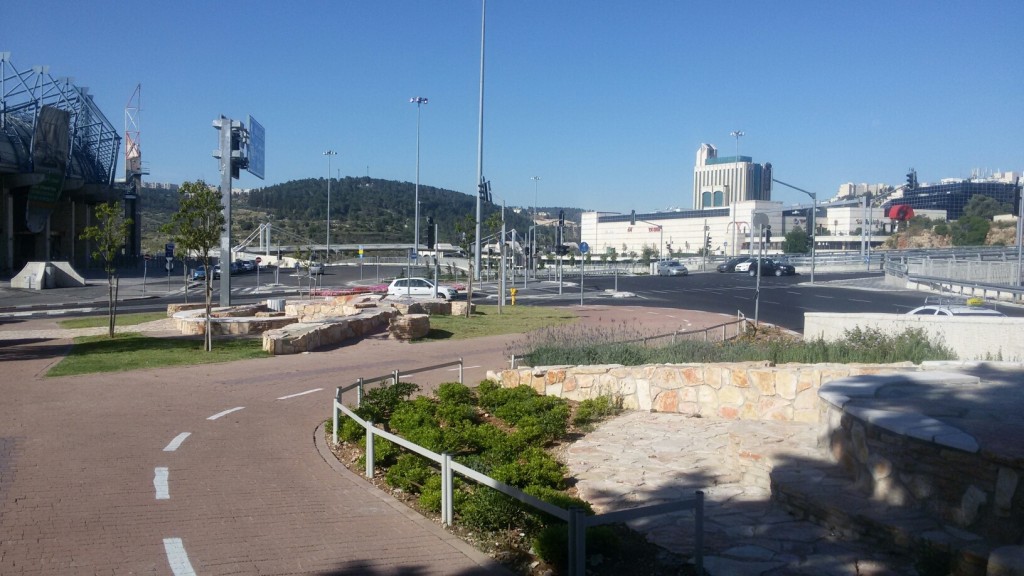 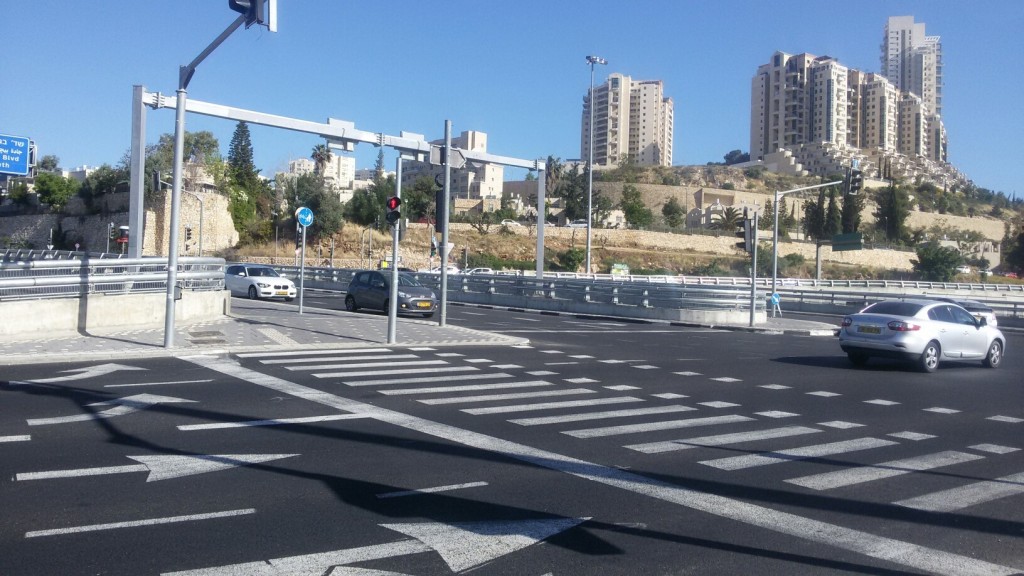 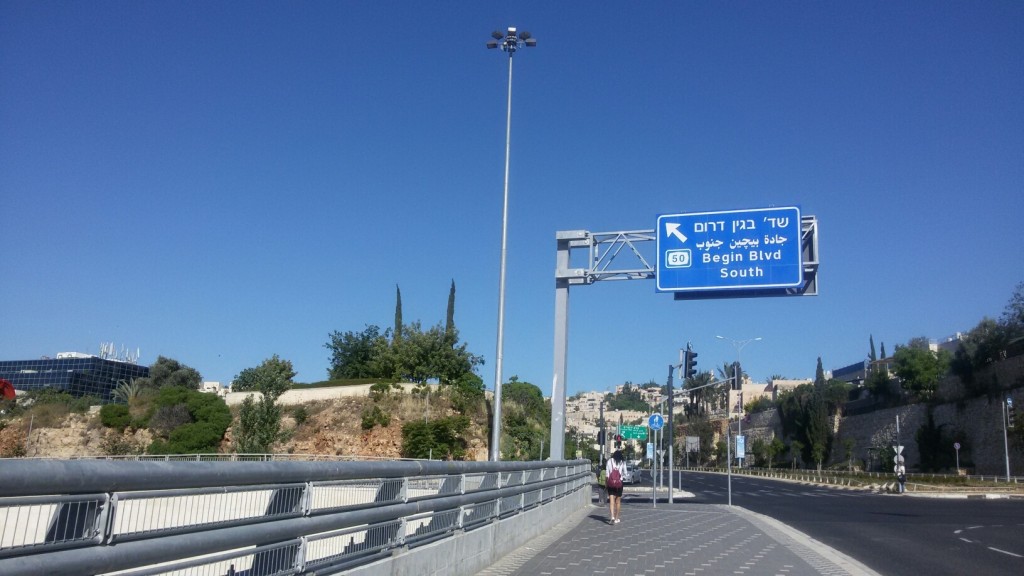 As you walk along, you are treated to yet more highway views: 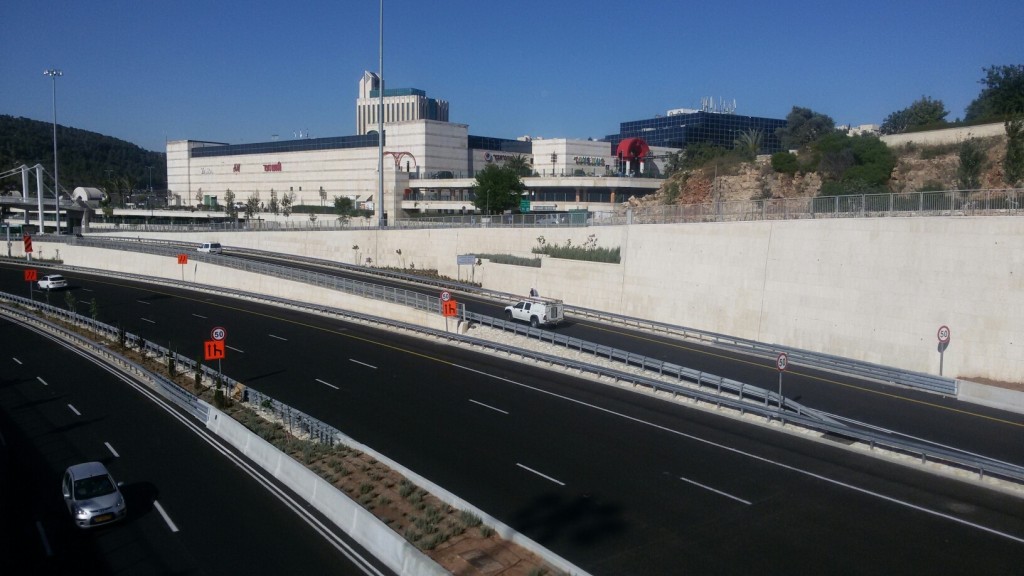 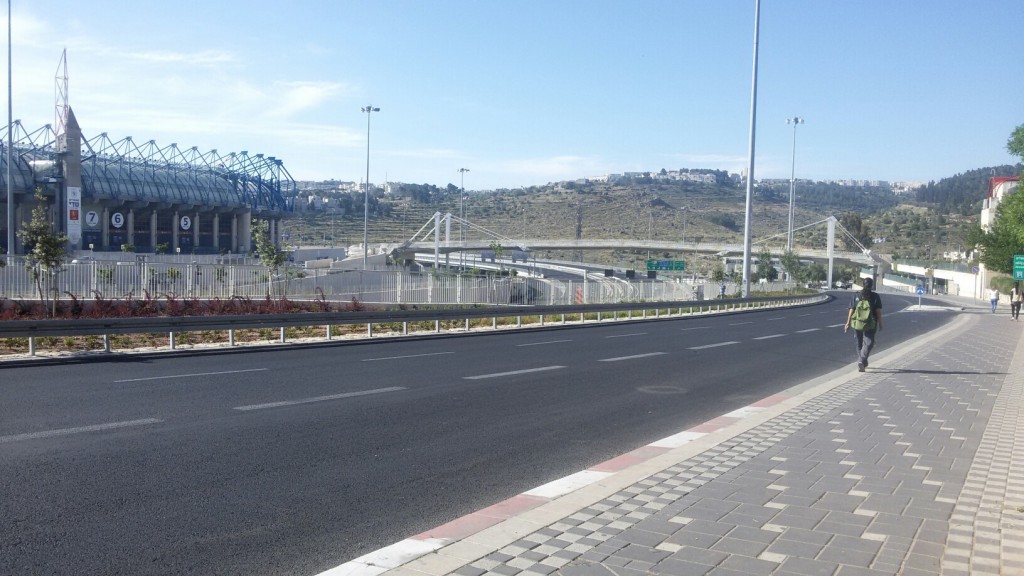 The mall — one of Azrieli’s finest — is short on pedestrian-friendly entrances. 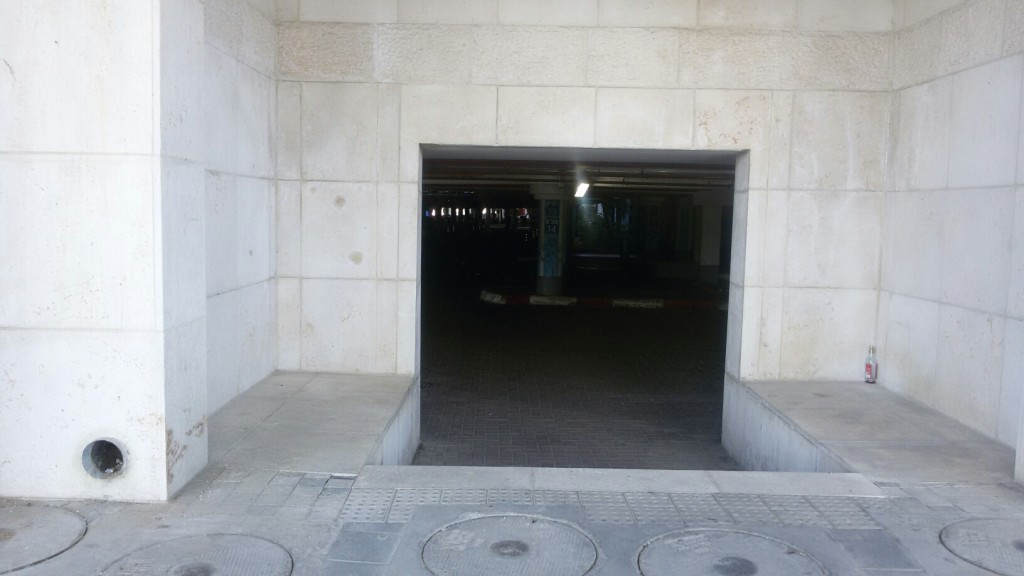 You need to circle the massive structure to find a car entrance that also has some minimal accommodation for humans.

On your way, you can stop to rest on this thoughtfully-situated bench, and contemplate the view: 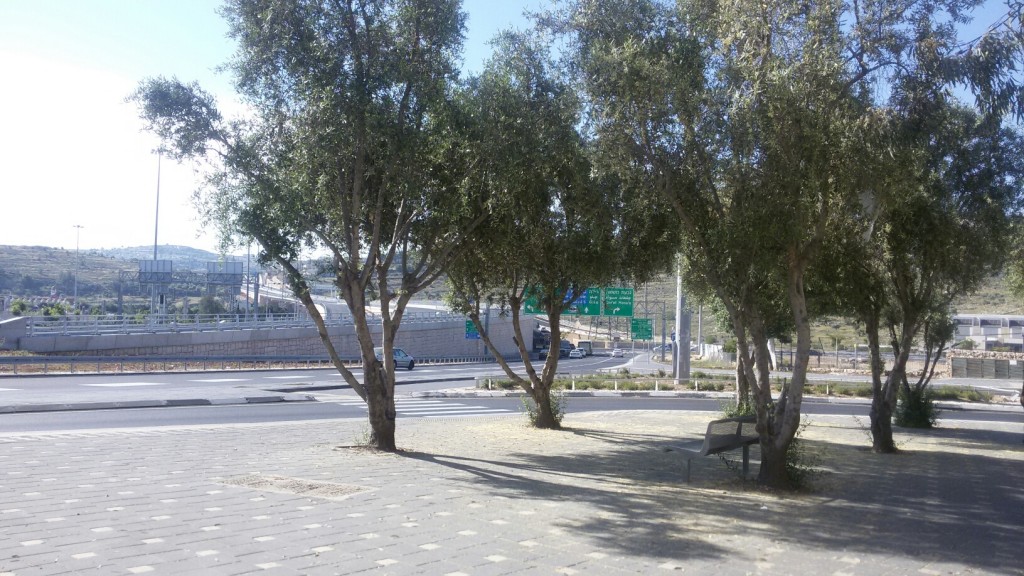 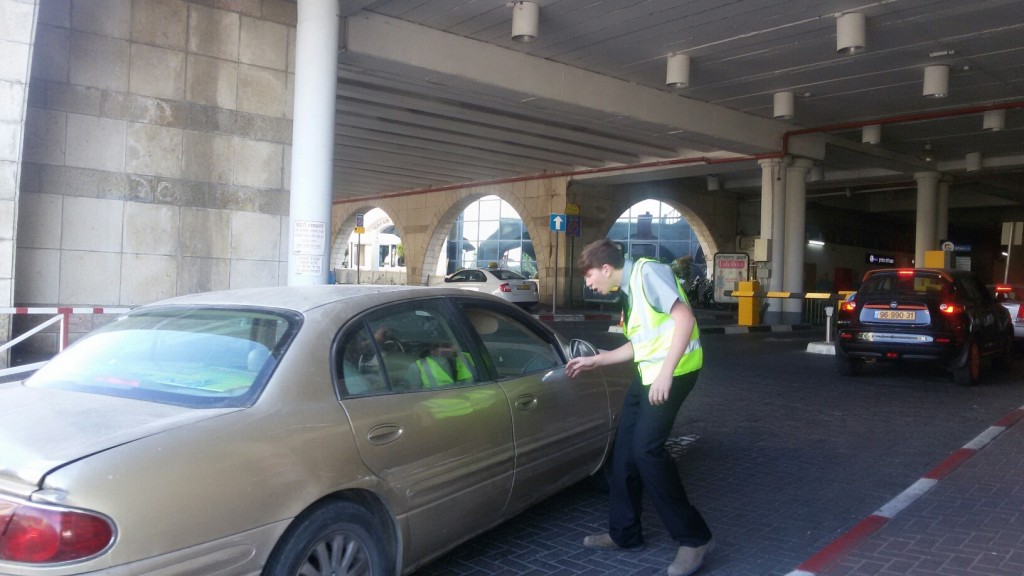 Finally, a crosswalk on the way into the mall: 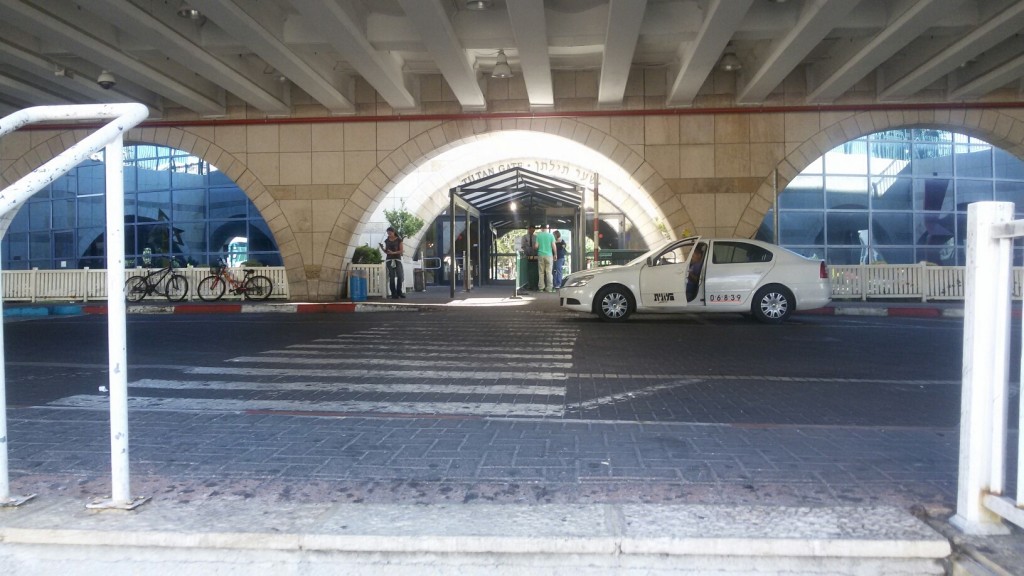 Malha is the designated site of an envisioned National Sports Complex — the current municipal leadership wants to re-brand the Holy City as Israel’s sports capital.

If I were a gender essentialist, I might be tempted to ask how many of Jerusalem’s women think that that is an appropriate or desirable aspiration. I might even be tempted to view the plan as a manifestation of swaggering machismo on the part of the current municipal leadership.

A light rail line is supposed to reach Malha someday; presumably some pedestrian upgrades will happen along with it — 5 years from now or 50. But in the absence of any desire to create a viable urban fabric in the area, will those (hypothetical) upgrades make anyone want to spend time in Malha, before or after stadium games?

The adjacent Katamonim slum that is choked by Malha’s indigestible stew of highways and mega-projects is also slated for change — it is a major locus of urban renewal plans. The idea is to raze the dilapidated mass housing that was slapped up during Israel’s big immigration waves of the 1950s-1960s and replace it with attractive new buildings that will offer many more housing units — a means of addressing the current local (and national) housing crisis. But will anyone with the power to choose actually elect to live next to highway infrastructures and a pair of stadiums? 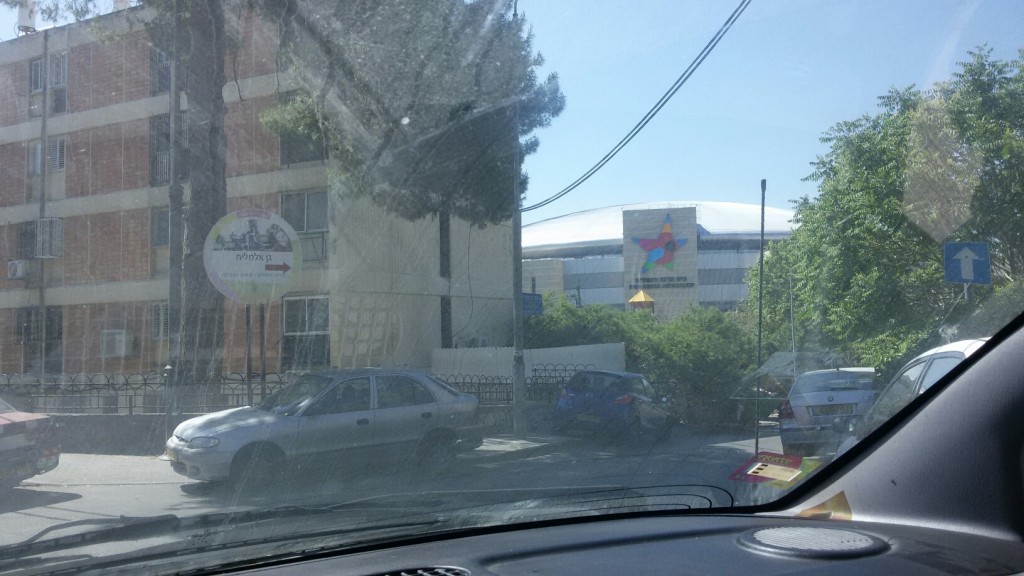 View of Arena from Katamonim 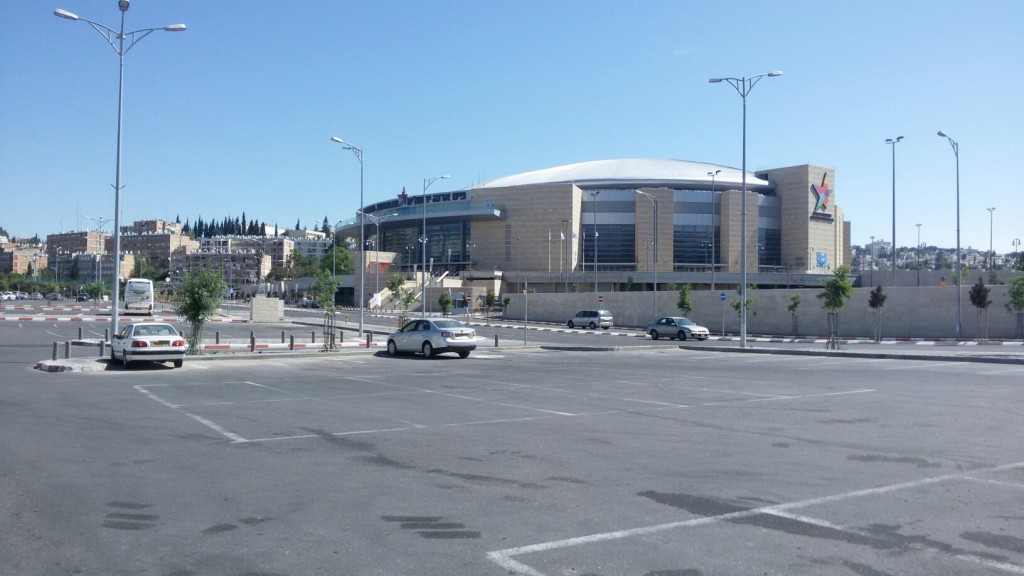 You can add pedestrian amenities and bicycle infrastructures … 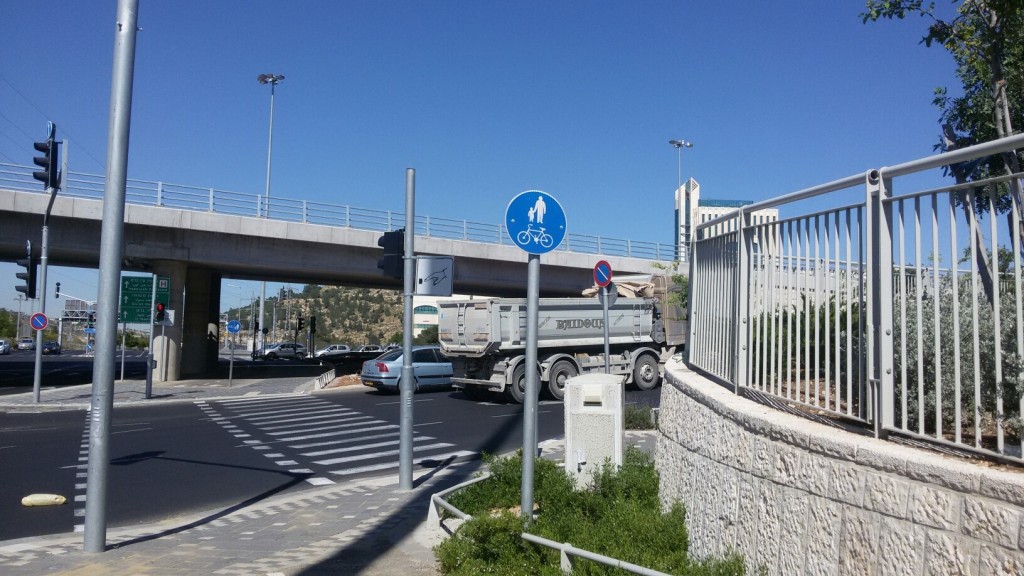 … but you can’t make people use them: 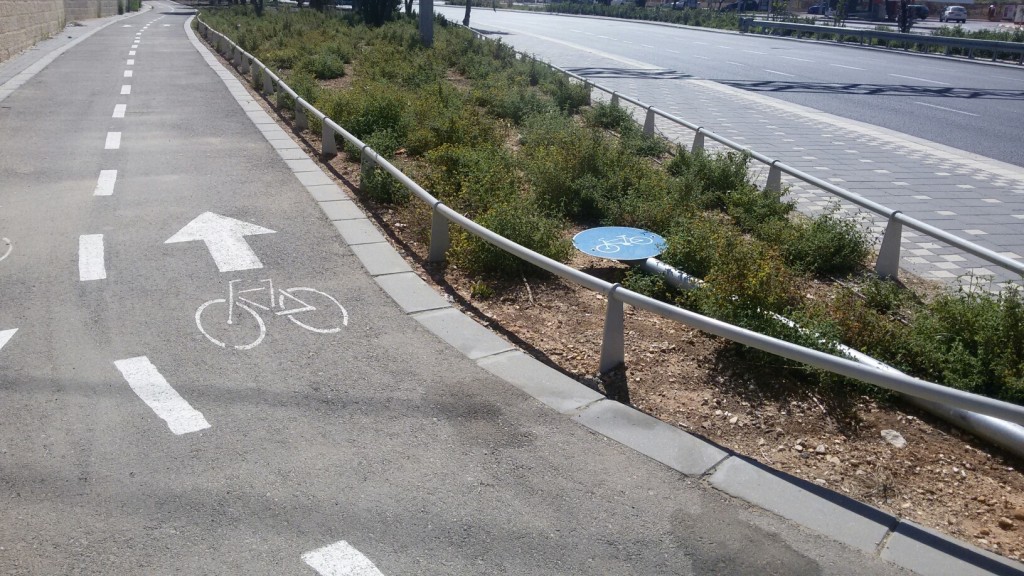 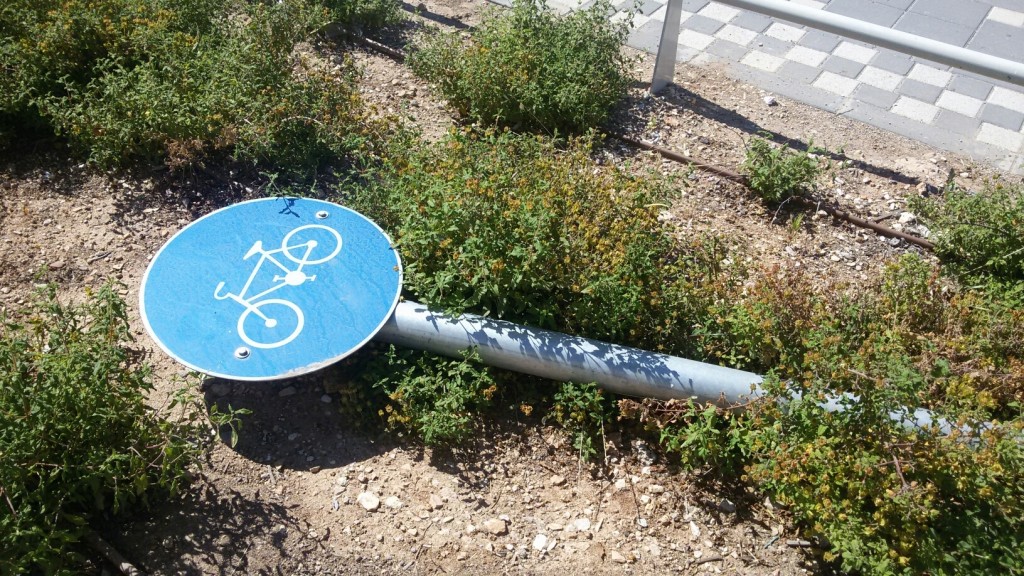 In the end, what you’re stuck with is this: 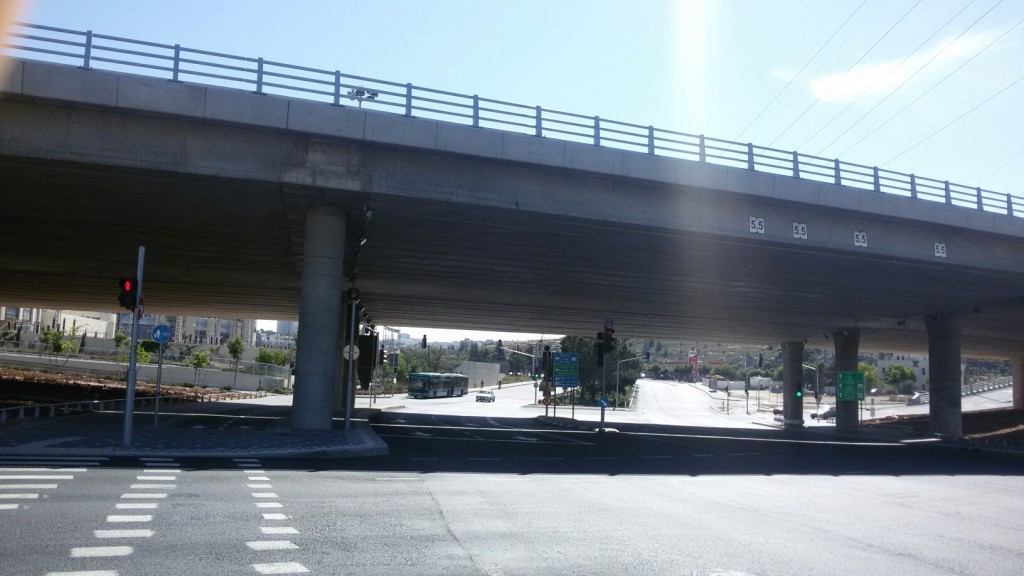 There are plans to cap a portion of the original Begin Expressway — the part that borders Jerusalem’s Government Precinct, Hebrew University, and prestigious Beit Hakerem neighborhood. This — supposedly — will free up land for 1,670 housing units. Just the highway-decking process itself will take an estimated 7 years and require a massive public investment, even before the housing is built. Under such circumstances, is the housing likely to be affordable?

Imagine — decking one portion of an urban freeway at huge expense, while extending the same freeway through other areas that could have been developed in a human-friendly and economical way.

Eshet Chayil — the concluding portion of Proverbs that is traditionally sung at the Shabbat table on Friday night — is a song of praise for, among other things, women’s economic acumen. The “wife of excellence” doesn’t just give food to her household or put her hands on the spindle; she also considers a field and buys it, and plants a vineyard out of her earnings.

She may not be eager to don a prayer shawl or lay tefillin near a segment of an ancient Temple Mount retaining wall — but she most assuredly has a hands-on connection to her homeland, and knows how to use the Land for benefit without ravaging it.

About the Author
I am a Jerusalem-based translator and former academic librarian.
Related Topics
Related Posts
Comments
Advertisement