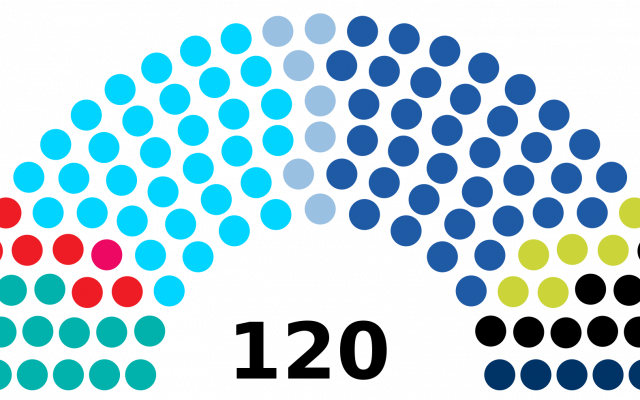 The Knesset - Too Many Politicians

Today’s Knesset has just the one chamber with 120 members. All citizens over the age of 21 can stand for election to the Knesset, except judges, civil servants and career army officers. Of course, once an army officer has retired from his army career there is nothing to stop him taking up a new career and joining his fellow ex-officers in the Knesset where he can put his skills at giving orders to good use. It is unfortunate that members of the Knesset are not very good at taking orders.

There have been changes to Israel’s election system in the past. In 1996, for the first time, elections for the Knesset and the Prime Minister were held simultaneously. Voters cast two ballots, one for a political party and the other for the Prime Minister.

I would like to propose another change. The time has come to add a further category of those who are forbidden to stand – politicians. Yes, ruling our country, looking after the interests of our citizens, is far too important a task to leave to politicians.

Even in these difficult days, with a silent and invisible enemy taking over our streets, shops, workplaces, even our own homes, the politicians are too busy arguing amongst themselves over who will get which portfolio to worry about us.

As I write these words, the best of TV’s political analysts are struggling to explain what is going on. Even these experts cannot understand the intrigues of our politicians and the minute-by-minute changes in allegiance. Parties that, just a few weeks ago, promised us a brave new world have disappeared in a puff of smoke. Parties that would never, ever, sit together have joined together enthusiastically when the pickings were rich enough.

As Charles de Gaulle put it – “Politics is too serious a matter to be left to the politicians”.
The time has come to put our country into more capable hands. We need a Knesset of doctors, scientists, engineers – professionals with a knowledge of how the world works and the ability to protect the interests of us citizens.

Let us ban politicians from the Knesset.