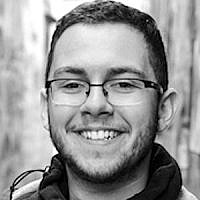 The Blogs
Lev Gringauz
Apply for a Blog
Please note that the posts on The Blogs are contributed by third parties. The opinions, facts and any media content in them are presented solely by the authors, and neither The Times of Israel nor its partners assume any responsibility for them. Please contact us in case of abuse. In case of abuse,
Report this post.

Now “I do not believe in” is a phrase used for dramatic effect, so let me explain.

On the second of November, 1917, United Kingdom Foreign Secretary Arthur Balfour directed a letter to Lord Rothschild. In this letter was a paragraph approved by the British Cabinet stating, in its first sentence, that “His Majesty’s government view with favour the establishment in Palestine of a national home for the Jewish people…”. This was the first official endorsement of the Zionist idea by any government, and it reverberated across the Jewish world. After it came out, more Jews, especially in America, joined the various Zionist movements that had been struggling for years to recruit. It brought hope to the forefront of Jewish thought across the world, and was a major political victory proving that Zionism was actionable.

But the Balfour Declaration also politically enabled the British Government to control, manipulate, and impose its will in what would become the British Mandate. After 1917 there were a number of so called “White Papers” that amended the understanding of the Declaration politically, and in a physical sense set quotas on the immigration of Jews to the Mandate. The most disastrous of these “White Papers” was released in 1939, on the eve of World War 2 and the Holocaust, where Jewish immigration to the Mandate was massively restricted. In part because of these immigration restrictions, there were more of us left for the Nazis to burn, shoot, slaughter, and gas across Europe while the Allies turned their eyes away.

In the Mandate itself, the British made promises to both the Arab and Jewish populations, sowing distrust in each other and enforcing British rule in the chaos. Instead of establishing a Jewish State in our ancient homeland, we were left to the whim of a European nation manipulating our situation out of self interest to such a level of detail that the shofar could not be blown at the Kotel at the end of Yom Kippur. British meddling directly resulted in, amongst many things, much of the animosity and misunderstanding that continues today in the Israeli-Palestinian conflict. Unlike what many choose to believe, the Balfour Declaration did not create Israel, nor did the Holocaust, that, through the “White Papers”, the Balfour Declaration helped enable. The State of Israel was created when David Ben Gurion declared it, in spite of all the advice and manipulations of the American and British governments.

Ben Gurion himself wrote in 1917 that “England has not given us back the Land of Israel. It is at this very moment, when we feel joy at the great victory, that we must make it very clear: England cannot give us back the Land of Israel”. He was cautious of the fact that many Jews were only hopeful about Zionism after it was seemingly endorsed by a higher authority, where self determination as a people could not hang on any government approval. This trend of appealing to a higher authority in defense of Zionism continues today on many college campuses, where pro-Israel advocates spend most of their time engaging administration to be on their side instead of capturing the hearts of the student population.

In the 100th anniversary of the Balfour Declaration, I see around me only two opinions. Either the pro-Palestinian/anti-Israel movements hold up the Declaration as the original sin of Zionism and Israel, or the pro-Israel movements hail it as the birth of our legitimacy and state. This trend shows up time and time again, where if the “other side” insists on something, then those of us who are pro-Israel must insist on the exact opposite. This is intellectually bankrupt and to our shame to define our position based on what others say. The Balfour Declaration is, all in all, not such a wonderful document. That pro-Palestinian/anti-Israel activists might agree with me is irrelevant, because what matters is that as a proud Jew and Zionist, I have reached my own conclusion. It might be to the benefit of pro-Israel advocates on and off campus to do the same.

About the Author
Lev Gringauz is a twenty-something Russian speaking Jew not about to let you forget it, studying Journalism at the University of Minnesota and up to his neck in silly love stories from Hillel, Chabad, and anywhere in between.
Related Topics
Related Posts
Comments
Advertisement