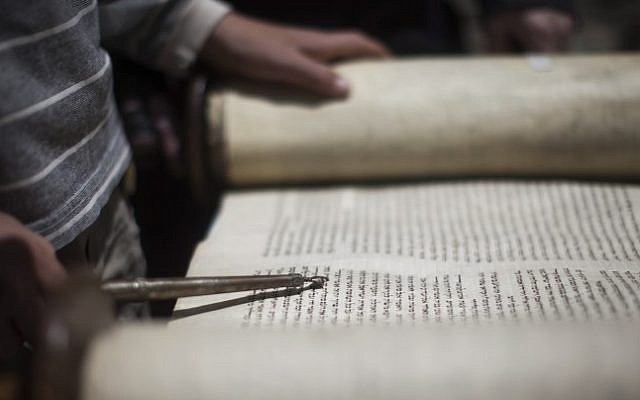 In a scruffy loose-leaf folder, its pages yellow with age, my father left a memoir of his years growing up in Russia before coming to America in the early 1900s. He, his parents and four younger brothers lived in a tiny village in Bellarussia (today Belarus). A scholarly child, he studied at a yeshiva in a larger town, coming home only on weekends. As his 13th birthday neared, his father bought him a set of tefillin handwritten by a local scribe, which he donned on the day he became a bar mitzvah. “It was a Thursday morning,” he wrote. “I was called up to the Torah. A teacher said a few words about obeying the laws. I gave the sexton a quarter as a gift, and it was over.” Nobody in his family attended; they lived too far away. It seems so sad. Still, he wrote, “I was so proud now to be counted in a minyan with the grownups.”

I’ve been thinking about my father’s bar mitzvah ceremony lately as my youngest grandchild, Ari, approaches that landmark. His older brother and sister each had beautiful celebrations for their special days. Along with their Haftarah readings, each chanted the entire Torah portion and led Shabbat services (please forgive the Granny bragging). Afterwards family and friends gathered at lunches to honor the young people. The same type of celebration was planned for Ari. He has devoted much of this past year to learning the Torah and Haftarah readings, preparing his bar mitzvah talk and meeting with the rabbi to discuss it all. His parents had chosen a place for lunch, engaged a caterer and worked out the day’s logistics.

Then the coronavirus hit.

All the carefully laid plans have been scrapped. The synagogue is closed. Luncheon venues are shut tight. People are not gathering for large events. And everyone is, or should be, wearing masks, not eating together.

So here’s an irony: Because of the coronavirus, it appears that Ari’s bar mitzvah ceremony coming soon will not vary greatly from the abridged one my father had all those years ago. It, too, will be on a Thursday morning, when the service is short, there is no Haftarah chanted and just a small portion of the Torah is read (so much for bragging rights this time).

Ah, but there is one enormous difference between a celebration in the early 20th century and now, in the 21st — Zoom. Although Ari’s event will be held at home with just the immediate family, the Zoom platform will allow friends and relatives from all over to join in.

Zoom has seemed a miracle during these difficult months of social distancing. Suddenly we’ve been able to attend meetings we cannot be at physically and hold face-to-face phone conversations. In the Jewish world Zoom has made it possible, among other things, to participate in weekday religious services and join synagogue events. It has been a godsend of technology. And like all new technology, it has raised a fundamental question: How far should we take it?

The Conservative movement in particular has been grappling with this question. A recent Conservative ruling would allow synagogues to Zoom Sabbath services for as long as the pandemic crisis lasts, and to extend that if necessary to the High Holidays. But the ruling leaves it to individual rabbis to make final decisions for their congregations. As a practicing Conservative Jew, I’m conflicted about this issue. The hallmark of the Sabbath is its difference from daily life, its time of “unplugging” and basking in the sanctity of the day. And should the holiness of the High Holidays be pierced by cameras and electronics?

And yet. These are extraordinary times. Despite all the illnesses and deaths we hear about, we know little about the people suffering from loneliness and isolation. Shabbat is like an island in time and space. Joining others on that island — even if only through streaming — provides the joy of community while enhancing the uniqueness of the day. Nor do we know how long our shuls will stay shut, and when they do open, how many people will be allowed in at one time. Would it not make sense, then, to use the latest technology to allow congregants to pray and celebrate together virtually until they can do so in reality? Conservative rabbis and their congregations need to think through these issues creatively as they make decisions about laws and innovations in the coming weeks, and, probably, months.

Meanwhile, since our rabbi and congregation have not used streaming platforms on Shabbat, Ari’s bar mitzvah will be on a Thursday. It’s not what he had expected or planned for. Yet, like my father who took pride in being able to join a minyan, Ari feels good about what he studied and learned. After all, he says philosophically, “That’s what it’s about, isn’t it?” And at least I’ll have Zoom. 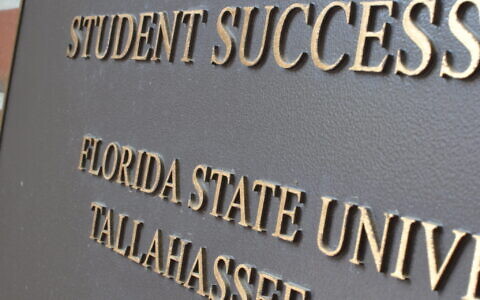 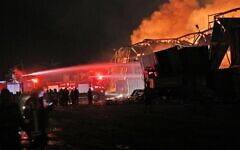 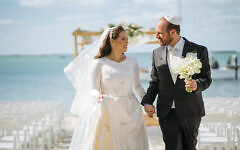 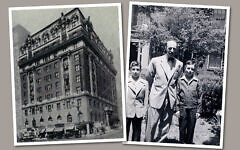 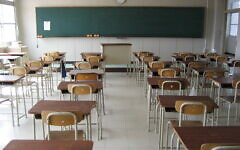 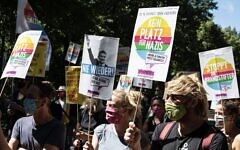