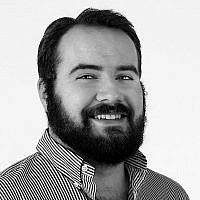 The Blogs
Daniel O'Dowd
Apply for a Blog
Advertisement
Please note that the posts on The Blogs are contributed by third parties. The opinions, facts and any media content in them are presented solely by the authors, and neither The Times of Israel nor its partners assume any responsibility for them. Please contact us in case of abuse. In case of abuse,
Report this post. 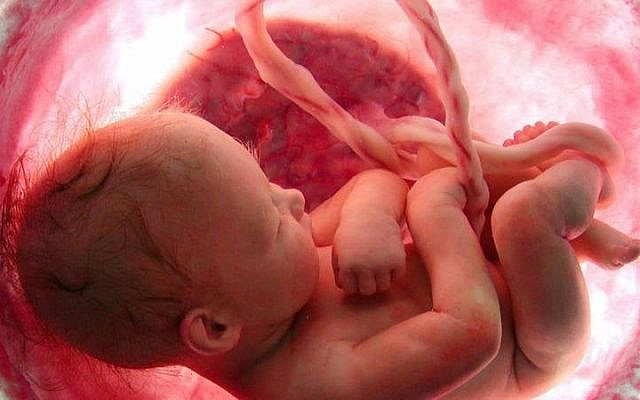 With the fires of the abortion debate in the United States inflamed with the wrongfully leaked draft opinion of the Supreme Court striking down Roe v Wade (1973), the rhetoric of both camps reaches fever pitch. Fingers pointed at one another, alleging the worst of the other, whilst professing the absolute purity of thyself. Abortion itself painted as either a source of liberation or the root of all evil – according to your ideological camp. Now, as is all too typical of modern discourse, the debate has descended into comparisons to the Holocaust and the myriad crimes of Nazi Germany. Those opposed to abortion are Nazis resurrecting racist abortion policies to control women. Those in favor of abortion are guilty of re-perpetrating the Shoah. Neither of which are true, and only serve to diminish what Sir Winston Churchill called “the greatest and most horrible crime ever committed in the whole history of the world.”

Regardless of one’s personal opinions on the issue of abortion, these comparisons should be considered beyond the pale and the darkest point in human history should not be cannon fodder in the culture wars. Speaking from a pro-life disposition, I harbor significant moral and ethical issues with the practice of abortion – but not for one moment do I believe that it is remotely comparable to the Final Solution. The dilution of evil is achieved through every comparison to the horrors of Nazi Germany, equivalation of every moral issue with the Holocaust, the relegation of the Third Reich’s evil to that of being an evil replicated each and every day by any and all. Disserving the memories of those stolen from us, not by forgetting, but by appropriating. The comic, Bill Maher, put it perfectly on his show some months ago when he said “’You’re a Nazi’ is the new I don’t like you!” When evil of the 1930s and 1940s becomes the political vernacular, the way is paved for its reoccurrence. In the words of Auschwitz survivor, Sam Kaltman, “[t]he Holocaust manifested the veneer of civilization so thin and fragile that repetition was possible.”

Sadly, when it comes to moral issues – a rush to lay claim to the legacy of the Holocaust as being analogous to their morality. Regrettably, this territorial drive is not exclusive to abortion but it certainly is coming more and more to the fore in the debate on the issue. I recall listening to the President of a Pro-Life organization some years ago, and by the tenor of our speech, it was clear where she was going – counting down in our heads till the inevitable Holocaust analogy. As sure as death and taxes it came, and only proceeded to go worse. When queried by an audience member her response was “Are you pro-choice on the Holocaust?” In a room chock full of pro-life activists, the reaction was one of immediate anger. The speaker refused to back down but the room – of people of the same opposition to abortion as her – was already lost. Her argument was offensive and warped, but this is the inevitable corollary of Holocaust analogies: Holocaust rationalization. To not just draw on the memory of the Shoah, but to rationalize and weaponize to support one’s side. The move to buttress a divisive issue with the black and white morality of a universal evil. In this context, to be pro-abortion is to be pro the slaughter of six million Jews or to be anti-abortion is to be the harbinger of a revived Nazi abortion regime.

The memory of those who perished, the legacy of the Shoah are not for common purpose. Certainly, the history of the 1930s and 1940s should not be degraded by the broken and divided state of our politics. To quote the Chief Rabbi of Britain, Rabbi Ephraim Mirvas, “Holocaust denial, once the preserve of fringe conspiracy theorists, has mutated into Holocaust obfuscation, equivocation, and specious comparison on a larger scale than ever.” These comparisons may be made with a genuine feeling of righteousness, but their damage is to further chip away at an evil already in danger of repetition.