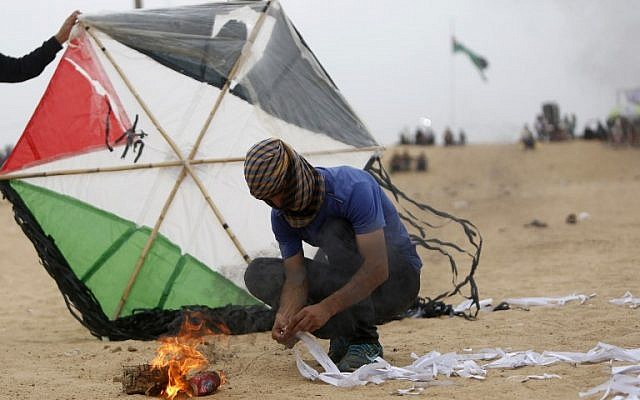 A Palestinian man prepares an incendiary device attached to a kite before trying to fly it over the border fence with Israel, on the eastern outskirts of Jabalia in the Gaza Strip, on May 4, 2018. (Mohammed Abed/AFP)

These kites? The ones that have been appearing in our skies, softly floating over from Gaza with a burning tail or molotov cocktail waiting to explode upon impact and cause these horrific fires that are devouring thousands of acres of our unharvested wheat in a flash, polluting our skies, and endangering our firefighters and farmers and our homes? Do you KNOW where they come from? They were sent from JAPAN as a gift to the children of Gaza. 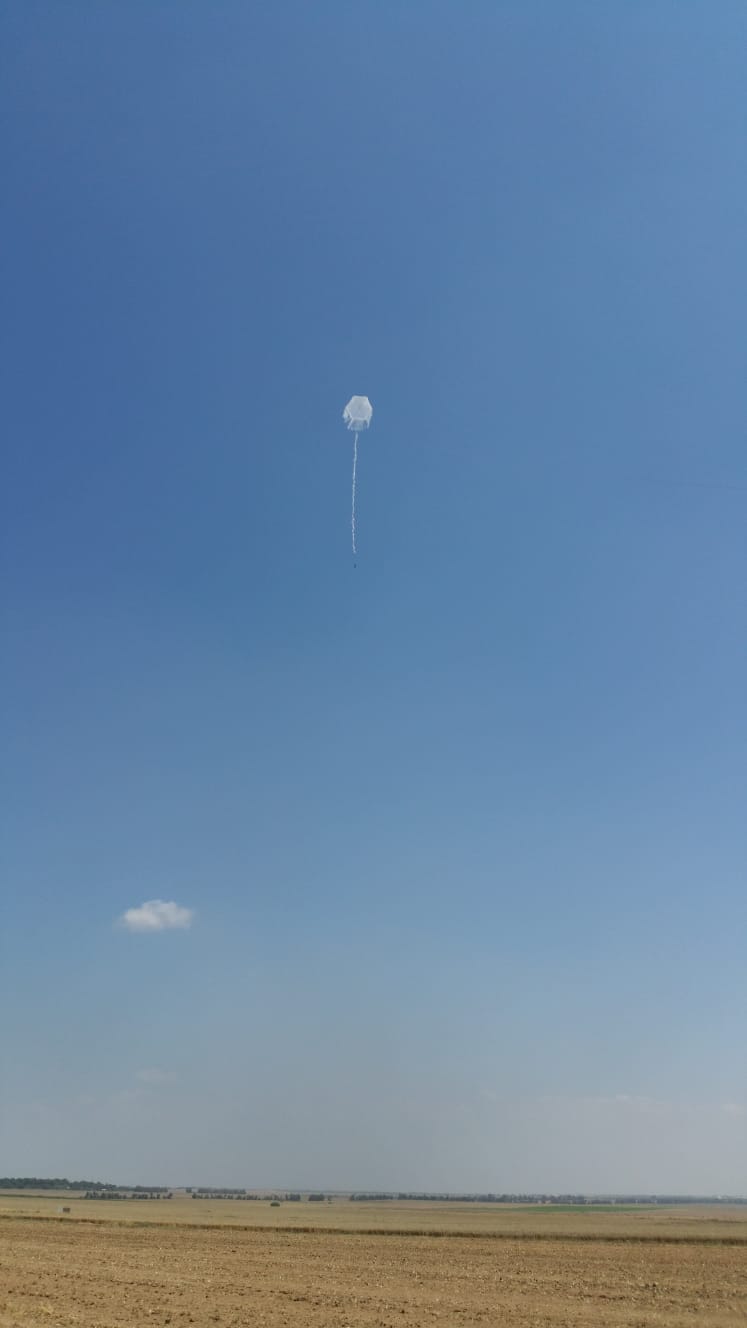 Yep. You heard me. I thought it was kind of interesting that they all looked pretty much the same size and color and of the same materials… as if they had had some cynical sort of crafts day in Gaza to build all of these kites. But I heard it from Avri Gilad this morning, on Israel Channel 13. (I’m not creative enough to make this stuff up.)

This kite was retrieved in Kibbutz Beeri’s field yesterday. A kite that originated in Japan, as a gift to the children of Gaza, went through Kerem Shalom crossing, no doubt, to get there, and now being “repurposed”. Some carry incendiary devices to destroy our fields and forests. Others, like this, carry messages.

“Be’eri we have returned just like we promised we would, and we will reduce you to ashes.”

This is NOT about the American Embassy in Jerusalem.
This is NOT even about the embargo.
This is about a terrorist group that wants to reduce us all to ashes.
“The Great March of Return” – they have been saying it all the time, why isn’t the world listening? 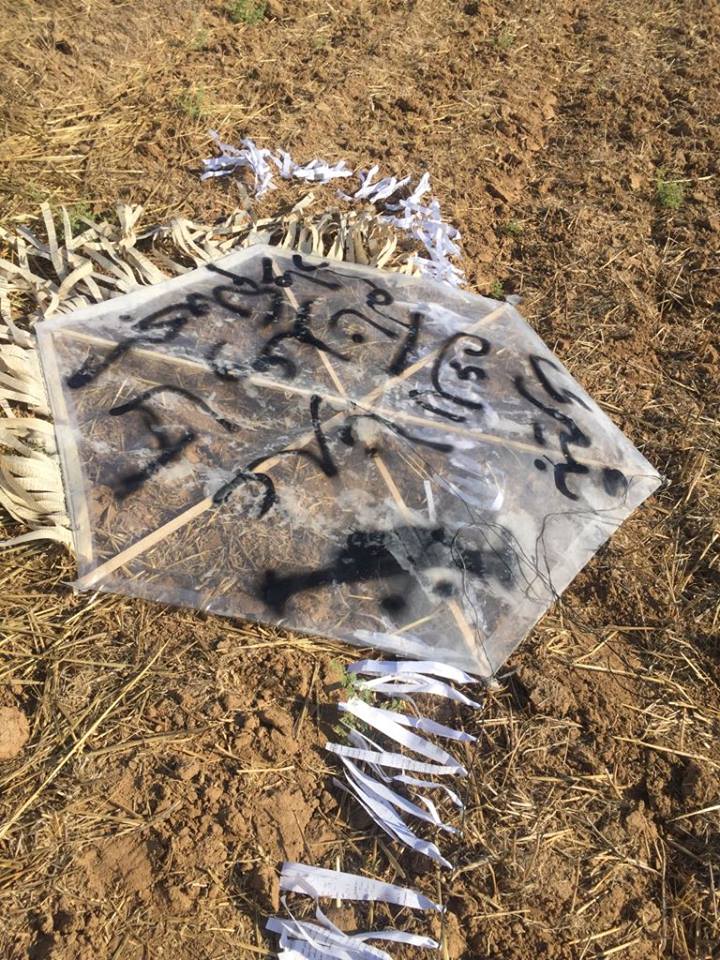 If you want to learn more about what life is like on the border, join our Facebook group.