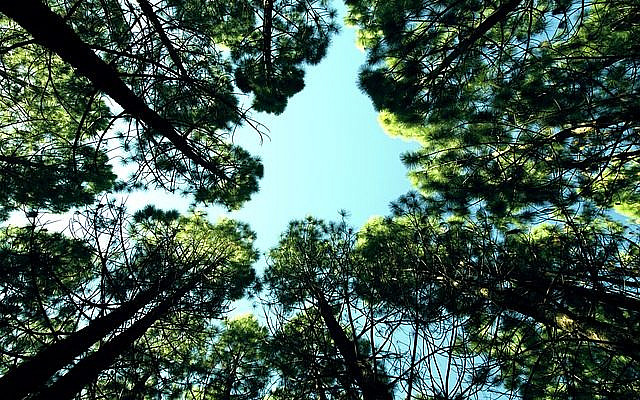 When the world-renowned neuroscientist Francis Crick (1916-2004) was lauded for his highly unusual discoveries by Professor Abraham Pais (1918-2000), who was born in Amsterdam in the Portuguese Spanish Jewish Community, and was a close friend to Albert Einstein, Crick answered:

See my hand? Five fingers? If you think I have the faintest clue why I have five and only five fingers, you are badly mistaken.

Having lived over 50 years in the Land of Israel, and even having served for a short while in the Israeli army, I have, like all Israelis seen many wars and numerous terrorist attacks in which many people were killed, including children and close friends. This has affected me deeply, and my faith in God has been severely challenged. On many occasions I did not want to attend synagogue out of protest. Not because I felt that God did not exist—this was not an option for me. There were many “reasons” I believed in God, although I have explained in my earlier essays that the meaning of “belief” is ambiguous. Faith is a world on its own. My problem was more a kind of rebellion in which I wanted to storm the Heavens and protest to God for allowing these tragedies.

What greatly disturbed me, of course, was that I could not understand why God would permit atrocities like these. Also, and perhaps even more emotionally upsetting, was the fact that many daily synagogue attendees seemed to recite their prayers as if nothing had happened—they did not demonstrate indications of emotional distress when yet another terrorist attack had just taken place. I was further disturbed when, on leaving the synagogue, I heard them speak about day-to-day, trivial matters, or even a halachic issue that had nothing to do with what just had occurred.

Now, it may be true that many others did relate to what had happened and were also deeply troubled—I was not aware of this, after all, I cannot look in their hearts. It may also be that because their trust in God was so great, it was completely unacceptable for them to protest the tragedies. However, after so many terrorist attacks, my general feeling is that in many synagogues the customary prayers were little effected with what had taken place on “the outside.” (Indeed, there were synagogues where fiery prayers were recited, while in others additional psalms were recited with great concentration at the end of the services). Most of the time, however, it appeared that these tragedies and prayers were far removed from each other and never met! Often, the opposite of good is not evil but indifference.

I must admit that I am guilty of this as well. Too often my prayers were not any better. But it did, and does, bother me tremendously that I was not moved more by what had happened. Is it because I am scared to be confronted with the notion that God is “all good” and yet so much evil occurs? In other words, was I experiencing a kind of denial, “turning my back on the truth”? Or is there something else behind my behavior?

I was reminded of this when I recently watched an episode of the famous, classic series, “The West Wing,” about the life of the so-called US President Jed Bartlet (played by Martin Sheen) and the daily operations of the White House.

Now he is alone with God.

Slowly he walks up the altar and starts to shout at God, calling Him all sorts of shocking names. Jed accuses God of allowing this innocent woman to be killed. “She bought her first new car and You hit her with a drunk driver. What, was that supposed to be funny? …what was Josh Lyman, a warning shot? That was my son. What did I ever do to Yours but praise his glory and praise his name? …am I really to believe that these are the acts of a loving God? A just God? A wise God?”

The President does not mince words with God and walks away after he lights a cigarette, inhales once, as if standing in the marketplace, and he throws the cigarette on the floor right in front of the altar, steps on it with his shoe to extinguish it and leaves it there, like a rascal does in a side street. He walks away with his back to the altar, having turned around in disrespect.

This an honest, emotional outburst. It expresses one of the greatest problems for religious people; however, the fact that the President talks to God indicates, as the rest of the series demonstrates as well, how much he “believes in Him” and is a deeply religious person.

It reminds us of the case of Avraham (Abraham) who reminds God that He is not permitted to destroy Sedom (Sodom) and Amora (Gomorrah), exclaiming: “Far be it from You to do such a thing, to bring death upon the innocent as well as the guilty, so that the innocent and guilty fare alike; far be it from You. Shall not the Judge of all the earth deal justly? (Bereshith (Genesis) 18: 25). And to our great surprise, God listens to Avraham patiently, and then starts to debate with him as if they are equals.

It reminds me of the story of a Dutch church that was hit by a thunderbolt, causing its tower to collapse. The leaders of the Church decided to start collecting funds from its members to build a new church tower. One member, however, refused: “Why should I contribute to this? God Himself destroyed the church tower—let Him pay for it!” Such a retort is a masterful reply actually indicates deep religiosity in the reality of faith.

This is authentic religion.

Ultimately, this man contributed to the endeavor while quoting Ijov (Job) who accuses God of the terrible pain God had caused him. God responded: “Where were you when I laid the foundations of the earth? Speak If you have understanding. Do you know Who fixed its dimensions? Or Who measured it with a line? On what its bases were set? Or who laid its cornerstone?” (Iyov 38:4-6).

After understanding what God is saying, Iyov says: “I know that You can do everything and that no plan of Yours can be thwarted… Indeed, I spoke without understanding of things beyond me. Hear now I will speak, I will ask and You will inform me. I had heard with my ears, but now I see you with my eyes. Therefore, I recant and repent in dust and ashes… (ibid. 42:2-6)”

Iyov, Jed Bartlet, and the Church protestor all bow their heads before the mystery of life and its contradictions.

They all realize that God does not “exist.” He is much more than “existing,” and consequently cannot be judged by any human standards.