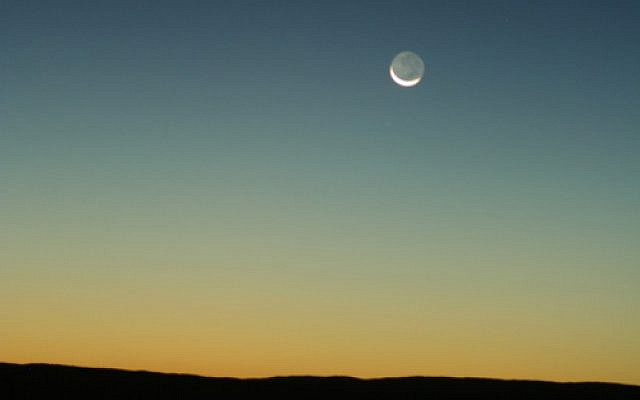 We have just entered the first month of Adar and in a few weeks we will encounter the second month of Adar; this year is a “shenat ibbur,” literally “pregnant year,” i.e, a leap year, to which an entire month is added. It is certainly worthwhile to contemplate the strange reason for the addition of a full month, and what the meaning behind this is.

There is a verse in Devarim (Deuteronomy) 16:1 that demands our special attention due to its far-reaching implications for Jewish life and the meaning of religion in general:

This verse instructs the people of Israel to ensure that Pesach, which celebrates the most important event in Jewish history, must always be celebrated in the spring according to Jewish Tradition.

Rabbi Obadiah Sforno, the great Italian commentator from the 15-16th centuries, comments on this verse in a most original way:

“‘Take heed of the month of Aviv’— Take heed, with persisting attention, that Nissan will fall in the spring, by means of the intercalation of the months, and so that the lunar years be aligned with solar years.

A careful reading of Sforno’s comment reveals a most daring thesis; but first we require some background.

Since the lunar year has fewer days than the solar year, the lunar year will continually “lag” behind the solar year by approximately 11 days. In order to have the two year-cycles coincide, an adjustment is required—hence, an extra month (Adar Sheni) is added to the year. This adjustment ensures that Nissan, and therefore Pesach, falls in the spring.

In his commentary to the above verse, Sforno alludes to a most important question: Why does the Jewish calendar not simply follow a solar year? If we must ensure that Pesach falls in the spring (and Succoth, The Festival of Tabernacles, in the autumn), what is the purpose of consistently following lunar years—for eventually one has to bring these lunar years into accord with the solar year?

His answer is most telling: In order to ensure one will constantly pay attention and take heed of the month of spring, Nissan and the festival of Pesach, the Torah “complicated” the Jewish year by modeling it on a lunar year. Being a lunar calendar, Nissan will not consistently fall in the spring, instead the sages and astronomers are forced to make complicated calculations to ensure that it does.

What Rabbi Obadiah Sforno’s comments allude to is the following: the Jewish year could quite well have been founded on the solar year. However, since Pesach, the great reminder that God governs every moment of man’s life, should be on the mind of the Jew throughout the entire year, God decided to “complicate” life so that the Jew would take notice every day of his life, with persisting attention, God’s providence in the world! This constant attention was to be accomplished by ensuring that the Jew, and thereby the Sages, had to show concern throughout the entire lunar year that Pesach would fall in the spring.

We may suggest that Sforno reveals one of the most novel and astonishing concepts of the Jewish Tradition: Judaism’s prime purpose is to transform human life into a constant encounter with God. As such, it must create challenges—for challenges are wake-up calls. To do this, Judaism needs to “complicate” life so as to create a psychological environment that makes Jews constantly aware of living in the presence of God.

This is in no way an eccentric observation, but consistent with the very purpose of religious life. Religion is a protest against taking life for granted and it is through its demands of and constant far-reaching interference in our daily life, that it makes man aware that God is our daily companion. Nothing can be taken for granted. No doubt, God could have made life easy and straightforward, but this would have undermined the very purpose of Creation: the search for God at every moment and on every level of man’s existence in this world, to be challenged and to respond.

This is clearly the meaning of the famous Talmudic statement by Rabbi Chanania ben Akashia when he said:

“The Holy One blessed be He desired to confer merit upon Israel, therefore He gave them Torah and mitzvot in abundance, as it states: ‘God desires for the sake of His righteousness to magnify Torah and makes it glorious. (Isaiah 42:21)’ (Makkoth 23b).

Or as Abraham Joshua Heschel would say: “God is of no importance unless He is of supreme importance.” (I asked for Wonder, p.1)