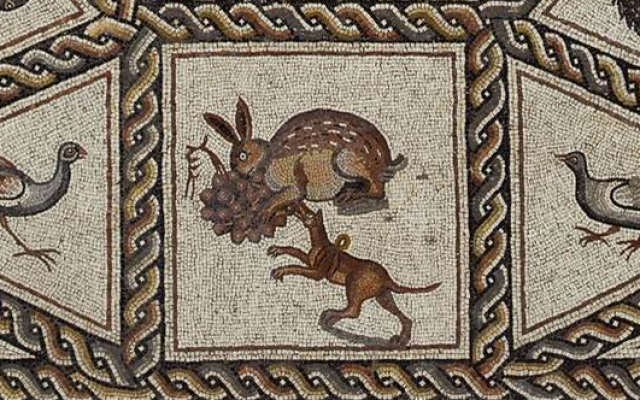 The loss of Eden near the beginning of Genesis sets in motion the entire saga of the Torah. Up until the flood, when human violence causes God to give up on humanity, that saga is characterized by God holding out hope that humanity’s relationships with God and with the land can be restored.

The rainbow covenant after the flood — which is commemorated this Shabbat by students of Rabbi Arthur Waskow, myself included — also ends that section of Genesis. After the rainbow covenant, God no longer strives to bring humanity back. That is what it means when God says, “I will not add anymore to cursing the ground for the sake of humanity” (Gen 8:21).

But Avram (Abraham) comes along and tempts God to try once more to restore a kind of Eden, this time with just one family and just one land. If only they can get it right, the whole human world might follow!

From this perspective, the Torah can be read as one long quest to regain Eden. But what does a restored Eden look like?

One of Eden’s mythic characteristics was that none of the animals ate each other. More specifically and realistically, human beings had no permission to eat any of the other animals. Instead, human beings and all the animals shared the plants for food. After Eden, humanity, unlike other species, must struggle with the land in order to eat grain, but they still do not eat the other animals. Even this convivencia was brought to a definitive end after the flood, when “a terror and dread” of humanity fell upon all the other animals.

Throughout Tanakh (scripture), any time these motifs are reversed, whenever there is sharing and non-violence between species, we are hearing about Eden restored. Whether we are talking about restoration or degeneration, eating is the common thread that ties together the human relationship with the land and the human relationship with the other animals.

The most well-known example of this may be Isaiah’s vision of the wolf and the lion dwelling with the lamb and the calf (Isa 11:6-7). But the same Edenic trait was evoked in last week’s Torah portion, Behar, where we learned that observing the Shemitah, the Sabbatical year of release, means not only letting the land rest, but also sharing whatever food grows from the land with the wild animals: “The sabbath-produce of the land will be for you all…and for the wild-animal which is in your land chayah asher b’artzekha, all of her produce will be to eat.” (Lev 25:6-7) That is the sign and signal that the covenant with Avraham has come to fruition, and that Eden is being restored.

One of the most beautiful passages about this theme of peace among species comes from Hosea, from the haftarah of Bamidbar, read this week in Israel and next week in the diaspora: “I (God) will cut for them a covenant on that day, with the wild-animal of the field chayat hasadeh, and with the bird of the skies and what crawls on the land, and I will break eshbor bow and sword and war from the land, and I will make them lie down in surety.” (Hos 2:20)

This vision is more than a vision; it’s a covenant – a covenant with all creatures, the same way that the first covenant in Torah, the rainbow covenant, was a covenant with all creatures. But it’s an improvement over the rainbow covenant, because after the flood God set down God’s bow, but the humans picked up their bows. In Hosea’s Edenic future, terror and dread will be lifted from the other animals, because humans will also set down their swords and bows.

Hosea’s covenant also alludes to and improves upon the covenant of peace that we read about at the beginning of this week’s Torah portion, Bechukotai, which continues the story from Parshat Behar about observing Shemitah.  “I will set peace in the land, and you will lie down and no one will make you tremble, and I will make any dangerous animal cease/rest from the land, and the sword will not pass through your land…I am YHVH your God who brought you out from Egypt, from being slaves, and I broke eshbor the bars of your yoke and made you walk upright” (Lev 26:7, 13). In Hosea’s vision, all species will lie down safely, while his repetition of the word eshbor hints that if God can break what terrorized us in Egypt, God can also break what has terrorized all the animals since the flood.

In Bechukotai, after we learn about this Edenic covenant of peace, we hear what will happen when the Israelites do not observe Shemitah: they will be exiled, and this exile will give the land what they refused to give her, a chance to rest for as long as “all of your Sabbaths when she didn’t rest, when you were dwelling upon her.” (Lev 26:35) For the land “wants her Sabbaths” (or “wills her Sabbaths”) (Lev 26:34, Lev 26:43) – we cannot cheat the land out of out of the rest that God promised as part of the Sinai covenant.

This implies not only that the land has rights, but also that respecting the land’s rights is essential to restoring Eden. If we do not respect those rights, Bechukotai teaches that instead of blessings, we will be visited by curses. Many of those curses have to do with eating, as I wrote in the last Shemitah year in this blog. You can read about the progression of those curses here, but I want to focus on one in particular:

“I will send out against you the wild animal of the field chayat hasadeh and she will make you childless and cut off your animals” (Lev 26:22);

This curse is not only connected with the “anti-Eden”, it is also specifically related to the Sabbatical year: the animals, who should have been allowed to share the land’s Sabbatical year produce alongside the people, instead take the children themselves as their due. Though these curses culminate in a complete reversal of the right relationship between the people and the land: the land will eat us (Lev 26:38).

So Bechukotai gives us a choice. Respect the rights of the land and your fellow species, and you will be able to recreate Eden. Don’t, and you will create the opposite of Eden.

Bechukotai ends the way Behar begins, describing these teachings as coming from Sinai. That’s because this is the goal of Sinai: to create a world where there is liberation not just for the people of Israel, not just for all human beings, but for the land and for all the creatures living on the Earth and in the land: “And you will call out liberty d’ror in the land to all that dwell in her.” (Lev 25:10) That is the opposite of our world, the world of global climate disruption (aka “climate change”), of violence and extinction.

The proclamation of liberty, the restoration of Eden, is something we are still waiting on. It is a promise yet to be kept, a mission yet to be fulfilled. And it is a reminder that the way to restore our relationship with God is to restore our relationship with the land, as it says in Bechukotai: “Then I will walk among you and I will become God to you, and you will become a people to Me.” (Lev 26:12) Or in Hosea’s sweet words: “I will betroth you to me in faith, and you will know YHVH. And I will answer the heavens, and the heavens will answer the Earth…and I will say to My ‘not-a-people’, ‘you are My people’, and they will say, ‘my God’.” (Hos 2:22-25)

This blog post was written for the Shalom Center newsletter and adapted for publication here.