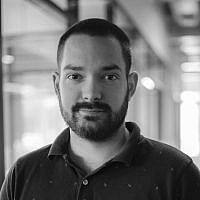 Israel must get rid of its nuclear weapons, UNGA majority decides

Yesterday’s UN vote on an anti-Israeli resolution caused a storm of bewilderment among thousands of Israelis who originally came from Ukraine, and not only. Those who have been helping Ukrainian refugees for the last eight months, collecting humanitarian aid for our citizens in trouble, and raising funds for military needs. Let’s figure out why it happened that way: it was a deliberate provocation, another attempt to put pressure on Israel, or the short-sighted position of the Ukrainian diplomatic mission in the UN.

It has already historically developed that Israel has been a kind of “whipping boy” in the UN from the moment the State was created. In turn, Israel reacts quite calmly to all these tricks of “international diplomacy,” not attaching any importance to the multitude of resolutions. Even though the resolutions are advisory, non-compliance with them may lead to certain sanctions/boycotts by those countries that support these resolutions.

One of the most critical arguments in the disputes between the Israelis and the Ukrainians on the topic of military cooperation between the two countries was precisely the issue of Ukraine’s support for anti-Israeli resolutions. Therefore, I analyzed the votes of Ukraine over the past seven years in the UN structures and compared them with other countries with close ties/contracts in the military-industrial complex with The State of Israel.

Let’s start with the fact that over the past seven years, 136 anti-Israel resolutions have been adopted by the UN structures (most of them are annual and from the same countries).

It is unclear how two de facto states at war can find common ground in diplomacy throughout the entire conflict when our views on international law are opposed. In addition, the Ukrainian delegation voted with Iran each time for anti-Israeli resolutions, and the last time was no exception.

I tried to trace some logic based on state interests in the Ukrainian votes in the UN on anti-Israeli resolutions. Still, there is only consistency in voting together with the European countries. In almost 95% of cases, the votes of our diplomats coincide with the majority of European countries. Given the disputed statuses of several territories in Israel, from the point of view of international law, such votes by Ukraine could somehow be justified, but only until 2014. Since the Russian annexation of Crimea, the Israeli delegation to the UN has repeatedly supported pro-Ukrainian resolutions to protect its territorial integrity. And here, we are already discussing whether the State of Ukraine can build a strategic partnership with those countries that can influence its development with their technologies, science, etc.

Although Israel was in an absolute minority in all 136 votes, over the years, it has managed to build a strategic partnership with the United States and several other countries that dare to vote against such resolutions in this institution. Moreover, it is worth noting that the rest of the countries are small, often island states, with which Israel has been building economic relations for decades. Less often, but still, more often than Ukraine, the Jewish State is supported by the countries of Latin America, with which Israel has also formed good relations despite the significant difference in culture, language, and geographical distance.

Could a vote on an anti-Israel resolution calling on the Jewish State to hand over all its nuclear facilities to the IAEA and carry out nuclear disarmament affect the military cooperation between Ukraine and Israel? At first glance, the answer seems unambiguous. Of course, yes! However, I spent hours studying the results of the UN votes for something, and here is what I’ve found.

According to open data, Azerbaijan supported 95% of anti-Israeli resolutions. Despite this, it does not prevent AZ from being a partner of Israel and purchasing such weapons as operational-tactical missile systems, self-propelled guns, anti-tank systems, MLRS, communications equipment, and UAVs. In 2013, negotiations began on the supply of Iron Dome air defense. In addition, such votes do not prevent Israel from developing RPGs for Singapore, artillery systems for Kazakhstan, modernizing Slovenian tanks, concluding contracts for the supply of boats to Senegal (author of several anti-Israeli resolutions), supplying weapons to Lithuania, Latvia, and Estonia.

Nevertheless, these are things of the past. We are now in the 8th month of the war between Ukraine and Russia. For eight months, all Ukrainian politicians and officials of various ranks have been trying to draw the attention of the Israeli public and politicians to the war, sending thousands of requests for help, primarily military. And then there is one vote at the UN, which, in theory, should have been a manifestation of not just some kind of gesture of “goodwill” but the first step of forming fundamentally new relations between Israel and Ukraine. Our delegation took the path of least resistance and made “friendly fire.” Moreover, it also voted in solidarity with Russia and Iran. Ukraine’s vote would not be decisive, but it would be a gesture, and the people in the Middle East love gestures. 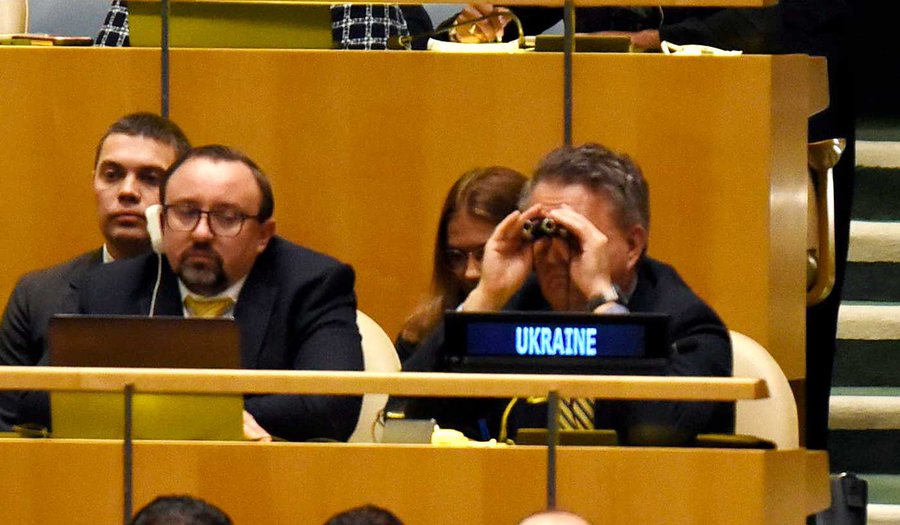 Instead of a conclusion, I am sincerely sorry that the Micronesian delegation to the UN often has more testicles than the Ukrainian one because to be against means to be in solidarity, to show one’s position and vision of future strategic relationships. Sometimes such a single vote against is more critical than binoculars or diplomacy textbooks in the hand of diplomats.