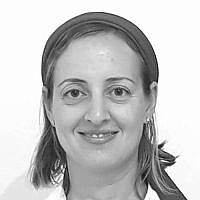 The Blogs
Tamar Oderberg
Apply for a Blog
Advertisement
Please note that the posts on The Blogs are contributed by third parties. The opinions, facts and any media content in them are presented solely by the authors, and neither The Times of Israel nor its partners assume any responsibility for them. Please contact us in case of abuse. In case of abuse,
Report this post.

A new bill was passed recently in the Knesset’s Constitution, Law and Justice Committee amending the law regarding the jurisdiction of the Israeli rabbinical courts.  The amendment will grant the rabbinical courts international authority to adjudicate the divorce proceedings of any Jewish woman.  By virtue of this authority, the rabbinical courts will be entitled to impose sanctions — such as issuing stay-of-exit orders — against recalcitrant husbands who refuse to give their wives a get (Jewish divorce), irrespective of the citizenship either of the two parties hold.

Numerous women’s organization and feminists fighting for social justice protest this amendment maintaining, inter alia, that the authority of the rabbinical courts should not be expanded at all.  Furthermore, they contend that the amendment to the law will grant the rabbinical courts global jurisdiction in matters of divorce in a manner which will deter Diaspora Jews from visiting Israel, lest they consequently become vulnerable to lawsuits, while encouraging others to visit Israel deliberately for the purpose of filing legal suits.

As advocates who represent women on a daily basis agunot who are imprisoned in marriage or being refused a get by their husbands, we can say with certainty that the current system – much like any other system – is not void of faults. However, it is the only existing system in the State of Israel and we must work within it in order to win our cases and free our clients. The ideas of trying to develop an alternative system, or modifying the existing layout of marriage and divorce in Israel do not contradict the fact that we can operate within the current system.  And in this campaign, the agunot must not be sacrificed.  On the contrary; we must empower the current system to act as much as possible on their behalf.

A man who refuses to grant his wife a get is, in fact, holding her hostage, and is therefore nothing short of a criminal. He is no different from a man who has committed murder in his own country but is arrested in a foreign country where he may be travelling. Therefore, if a recalcitrant husband chooses to arrive in Israel, and the state has the authority to detain him and prevent his leaving the country — well, good.

As a Jewish state, it is our duty to assist every Jewish woman to free herself from the bondage of marriage if she is unable to do so in the country of her residence.  By virtue of Israel being a democracy, it must do everything in its power to minimize the violation of basic human rights, maintaining the appropriate balance between limiting a recalcitrant husband’s freedom of movement versus the limitations he has placed on the freedom of his wife.

Nobody disputes the fact that the current situation in both the family and rabbinical courts concerning matters of divorce is far from perfect.  That said, let us be wary of throwing out the baby with the bathwater.  Finding halakchic solutions to the matter of get-refusal and women imprisoned in marriages — as well as finding alternatives and changing the current marriage and divorce outline — can be done while concurrently dealing with the present reality, in which women all over the world find themselves imprisoned in marriages, with no salvation in sight.

About the Author
Tamar Oderberg is an attorney at Yad La'isha: the Monica Dennis Goldberg Legal Aid Center for Agunot and Mesuravot Get, part of the Ohr Torah Stone network of institutions. Yad La'isha is the largest, most comprehensive and most experienced support center for agunot in the world, providing clients with legal representation in the religious courts and the services of in-house social workers regardless of age, background or religious affiliation.
Related Topics
Related Posts
Comments