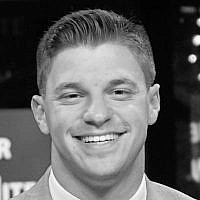 The Blogs
Evan Kamikow
Apply for a Blog
Advertisement
Please note that the posts on The Blogs are contributed by third parties. The opinions, facts and any media content in them are presented solely by the authors, and neither The Times of Israel nor its partners assume any responsibility for them. Please contact us in case of abuse. In case of abuse,
Report this post. 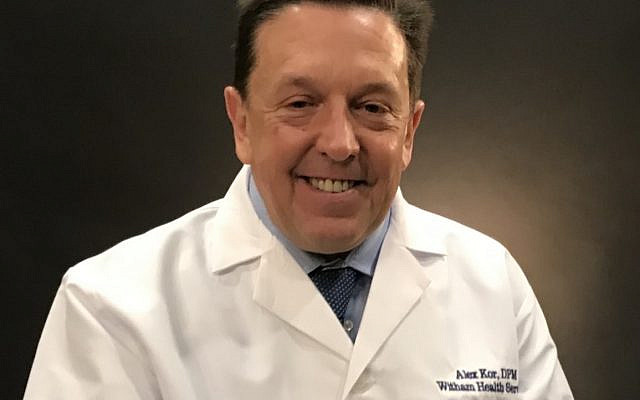 Podiatrist Alex Kor will be participating in the masters tennis tournament in the 55+ division.

For many young American athletes, their sports dream is to play on the biggest stage in the best professional leagues in the world. For Alex Kor, a native of Terre Haute, Indiana, he realized this was likely not possible.

“I’m not 6’5, but I love sports and I was a good athlete,” Kor said. “So having not much of a career to be the next Michael Jordan, tennis seemed like a good fit.”

For Kor it was actually the perfect fit although he started his tennis career later than most kids at 12 years of age. His father, Mickey, would take him out to play which would allow him to enter a city program. Kor eventually went on to play college tennis on a scholarship at Butler University in Indianapolis. Yet playing tennis professionally did not pay the bills, so Kor set his sights on a new career as a podiatrist.

In his new field, Kor lost touch with the game and put down his racquet to pick up more books. But it was not until he had a conversation with Dr. Andrew Saltzman, a former Maccabiah gold medal-winning swimmer, that Kor realized he could rediscover a game that was so important to his life as a youth.

Since the Games in ‘97, Kor has participated in a total of 5 Games in Israel while capturing a silver and bronze medal along the way. The gold medal is still elusive to Kor, but a lot has changed since those first games.

“I’ve grown as a person. I’m more spiritual and things have changed a lot in my life, especially the last three years,” Kor said. “For me, the games mean more and more. This is the first time I’ve gone when both my parents are not here. I’ve won silver and bronze and would like to complete the set and win gold for my parents.”

Kor’s parents are both Holocaust survivors. His father, Mickey, was born in Latvia and was held by the Nazis for four years as a slave laborer in three concentration camps before liberation by the US Army in 1945. Eva, Kor’s mother, was a Mengele twin who was captured and taken to Auschwitz along with her sister Miriam. In the camp, Eva and Miriam underwent experimentation by German doctor Josef Mengele before they were liberated in 1945 by the Soviet Army.

Eva and Mickey met a few years later while Mickey was a tourist in Tel Aviv, the same place they’d eventually wed. The two then moved to the United States and eventually founded Children of Auschwitz Nazi Deadly Lab Experiments Survivors, or CANDLES for short. The organization was formed to locate other children that Mengele experimented on who were lost after the liberation of the camps.

Eva passed away in 2019 on an annual CANDLES trip to Poland after visiting Auschwitz. Her husband passed away in October of 2021 peacefully in Lebanon, Indiana, with Alex right by his side.

This upcoming summer, Kor will be competing in his sixth Maccabiah, playing in both Master’s singles and doubles. However, the door could be open for Kor to be playing in mixed doubles as well.

In every event he competes in, Kor will not be without a giant crowd of supporters. In the past, he has had 20 to 30 relatives and friends cheering him on. This year, he expects no change in that big crowd coming to the courts and watching him play.

“I’m looking forward to seeing people who are Jewish from all around the world competing. To share our Jewish heritage and be proud,” Kor added. “As a doctor, I will be on the medical staff as well so hopefully I can help people avoid having foot problems and injuries.”

This will not be the first time Kor has worn multiple hats at the games. In 2009, he was responsible for helping Argentinian athlete Ariel Kusneras deal with a freak ankle injury suffered a few courts over from Kor. Later in the Games, Kusneras and his wife, Cynthia Edenburg, won gold two days after defeating Kor and his mixed doubles partner Lisa Chajet in the semifinals.

Kor looks to go for the gold medal and complete his Maccabiah set while continuing to honor his parents’ legacy in the upcoming weeks.

About the Author
Evan is a rising senior at Indiana University studying sports media in Bloomington, Indiana. Currently, he is the co-director of Indiana Student Television sports department and a student broadcaster for Big Ten Network. In his free time, Evan loves playing golf, tennis and taking his dog Payton on a walk. He is an avid fan of all Chicago and New York Sports teams.
Related Topics
Related Posts