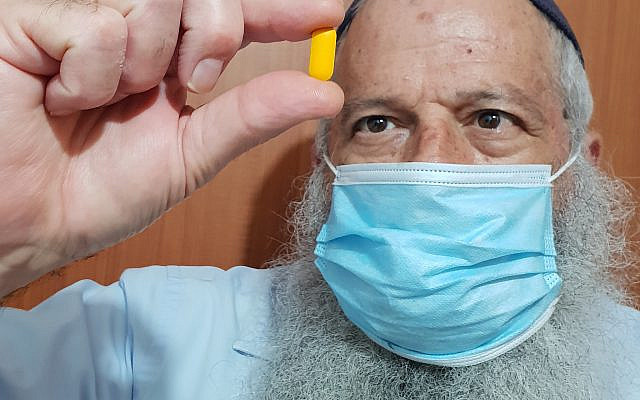 Every week we hear about an Orthodox Jew who was beaten up in Brooklyn, or about a Rabbi beaten up in Belgium, Paris, or Berlin. Almost as frequently, we read that a Jewish cemetery was desecrated in Europe, or that anti-Semitic graffiti was scribbled on some synagogue wall in the United States. Meanwhile, the Coronavirus spreads and spreads, and no one bothers to talk about God. Right now, rioters around the world are venting their frustrations and anger on store windows and statues, but it won’t be long before shuls are torched and burnt down. Like always, the leaders of the Jewish community will promise to rebuild an even bigger shul, and to continue to their lives in an undaunted fashion amidst the Gentiles, unwilling to face the graffiti on the wall.

Official agencies dealing with Aliyah optimistically report that American Jews are rushing to fill out forms to make Aliyah – double the number as compared to last June, from 400 to 900!  But when you examine the figure, it is a drop in the burning bucket. Multiply 900 by the coming 12 months and you get approximately 11,000. How many Jews live in America? 4 or 5 million? That comes out to a half of one percent. Hardly an Aliyah Revolution. What will be with the other 99.5% of America’s Jews who haven’t bothered to reserve a ticket on the ever-dwindling Corona-Emergency flights? 80 percent will intermarry. Others will be tar and feathered. And the Rabbis, along with the leaders of the Federations and major Jewish organizations, with the editors of local Jewish newspapers, and the Zionist Op-Ed writers, will go down with the dreamboat, S.S. American Liberty.

Nonetheless, the battle needn’t be lost. I am happy to announce that I have formulated a plan. As often as we read about the growing perils facing the Jews of the Diaspora, we read about life-saving, breakthroughs in Israeli medicine – new cures for cancer and dementia, revolutionary surgery techniques, and motorized limbs enabling handicapped people to walk. And, of course, we are all eagerly awaiting for Israel to discover, God willing, a Corona vaccination. After all, Israel has earned the nickname, the “Start-Up Nation.”

Therefore, I propose that the Jewish Agency and the World Zionist Organization be shut down, and that their combined $100,000,000 plus budgets be diverted toward an emergency initiative to invent a pill, similar to an aphrodisiac, that will awaken a passionate love in Diaspora Jews for the Land of Israel, along with a fierce yearning for Aliyah. The idea may cause you to chuckle, but in the field of addiction rehab, and in cases of marital physical dysfunction, and other chronic disorders, medicines have been used to help treat the underlying problems. It shouldn’t take Israel’s medical and scientific wizards a long time to develop such a life-saving pill. After all, a love for the Land of Israel exists in every Jew as our inheritance for Avraham Avinu. The challenge requires some simple gene reconstruction, that’s all. After almost 2000 years in foreign lands, enveloped by alien, non-Jewish cultures, absorbing their impure and polluted values and beliefs, our pure Israelite chromosomes became damaged, and we forgot who we are. But, I am convinced that the new wonder pill can reactivate the love for our own Jewish Homeland which exists in every Yid, and give Diaspora Jews a new lease on life.

The truth is, we already have the needed medicine – the Torah. But the Exile has distorted and diluted the true understanding of Torah so pervasively, that an external Restart-Up Pill is needed to bring the dementia-ridden Jews of the Diaspora back to life.