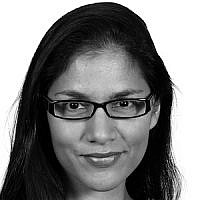 Recently, my family and I ate our way across Miami. Now, I won’t be coy and pretend we haven’t done such a thing before. We are a people who eat well and often, and I have a buzzy blur of memories from, most recently, Madrid, Jerusalem, and Philadelphia that goes something like: coffee, cheese, ice cream, wine, repeat.

This time, on a whim, instead of our usual shenanigans, we decided to set out more deliberately and called our day a food tour. Nothing formal or guided, but just a collection of famous stops and delicacies we made a point of hitting on our way around town.

There was Fresko, where the kids tried creme brûlée for the first time, and fish tacos. There was Mozart Cafe, with velvety eggs benedict, and espresso topped by whipped cream and slivered almonds. There was Serendipity ice cream, with an Orange Lavender flavor and a Cereal Milk flavor. There was an Argentinian food truck we spent an hour hunting down, only to reach some truck yard off the strip and discover it had closed. Also, to my daughter’s dismay, there was a unicorn cake bakery we had to cut from the list at the last minute for the sake of logistics. But it was a wonderful whirlwind and and something occurred to me as we plopped down at our last stop, Zak the Baker, in the graffiti-covered Wynwood neighborhood. Sharing buttery babka and croissants with hipsters, I realized: there was none of the typical blurry contentment I usually felt at the end of such an adventure. Instead, the whole day remained crisply distinct. And I knew exactly why—the framing.

We chose to not just have a day of blithe experience, but to create a a tour, a framework around it. Meaning, we did research. We snapped photos. We did taste tests and comparisons. My oldest son took the helm and decided where to go when. My pickiest eater determined to try new foods. My daughter lamented the missed unicorns—and still does. We asked questions and got answers and through this process, we formed a context around the memories that gave them added meaning and made each stop more clear. And this, I think, in a nutshell is what happens with making a Personal History, when I help people capture their life stories in a keepsake book (www.carmitroslyn.com). The blur of experience crystallizes into distinct stories and snapshots that are branded with purposefulness into the memory. And long after the feast is done, you can — almost — experience it all over again.