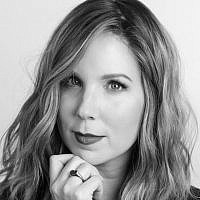 The Blogs
Jamie Geller
Chief Media and Marketing Officer, Aish Global
Apply for a Blog
Please note that the posts on The Blogs are contributed by third parties. The opinions, facts and any media content in them are presented solely by the authors, and neither The Times of Israel nor its partners assume any responsibility for them. Please contact us in case of abuse. In case of abuse,
Report this post. 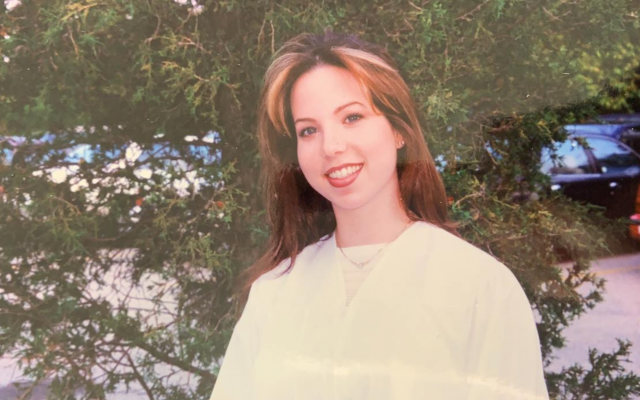 One of the most unusual American presidential inaugurations in history spawned endless viral Bernie Sanders memes, the coat that launched 100K followers (and an IMG modeling contract), social intrigue surrounding the mysterious podium cleaner, and a 22-year-old poet laureate who completely stole the show.

Amanda Gorman recited her own work with impressive poise and grace, and conveyed a feeling of hope that captivated people all over the world. It was truly emotional.

I think that beyond all else, there was a shared sense of triumph, a feeling that she had been given her “moment,” and an opportunity to use her unique voice — and use it loudly. Not everyone gets that chance, but how life-changing that chance can be when it’s used brilliantly.

Ms. Gorman had role models and influences on her life path that have, through words or example, told her she has a voice, and how important it is to use it. Some, like Maya Angelou, were referenced in her poem, while others, including Lin-Manuel Miranda and Oprah Winfrey, reached out to her with messages of support — Oprah sent her a ring with a caged bird, tribute to Maya Angelou’s famous poem. Imagine the power of emulating your heroes and immediately hearing them say “Bravo. I heard you.”

The public heard her as well. Within the first 24 hours of the inauguration, over 2 million people started following her on Instagram, and two soon-to-be-published books shot up to first and second place on Amazon’s bestseller list.

As a poet, activist and writer, her goal is to be heard. And heard she was, around the world.

The opportunity given to Amanda Gorman to share her “shine” with the rest of us was a signal to her that she matters. It was also a signal to many young girls that they matter, and that they too have a voice. In just five powerful minutes, she captivated the world and became a role model and hero to emulate.

When I was 14 someone heard me, and gave me my first shot, too. It was outside the bathroom at Rosh Hashanah services that I met Laurie (whose mother was on her 2nd marriage to Sam, whose high school girlfriend Betty was my mother’s best friend — so naturally we were close and this was easy.) Laurie was a producer, booker and talent agent for CNN and I asked her for a job — right then and there. She kept a straight face and told me to look her up when I got to New York. So four years later, I did just that. True to her word she gave me a job, and by 19 I was at the Oscars, Emmys, and every other red carpet, writing and producing news coverage for CNN International Entertainment News.

More than 20 years later, I joined the Aish Global staff, and became the first female senior executive in the organization’s’ 45-year history. Not only was Aish Global ready for this change, they wanted it and were looking forward to it. I was welcomed for my professional expertise and experience, and as a much-needed female voice among senior leadership.

As a religiously observant professional woman, I join many other amazing women — mothers with careers that give us a voice, raise the bar, and open the door a little bit wider for more of the next generation to enter.

Anne Neuberger, an Orthodox woman from Baltimore, was recently named head of cybersecurity for the NSA, making her one of the highest-ranking women in the agency. Anne — or Chani to her family and friends — grew up in Boro Park, Brooklyn, went to Bais Yaakov, and graduated from Touro College and Columbia Business School. Her parents were passengers on the hijacked plane that was taken to Entebbe, something she says shaped the way she views the world. She is respected and admired by her NSA colleagues for her strict religious observance and is a role model for young observant women in the workforce.

Judge Rachel (Ruchie) Freier made history when she became the first Hasidic Jewish woman ever to hold public office after being elected civil court judge in New York State. She is also the subject of the amazing documentary, 93Queen. She founded Ezras Nashim, an all-female Jewish EMT service for women, with the goal of preserving women’s modesty in emergency medical situations, especially childbirth. The organization fought for seven years to get their own ambulance, and their license was approved in July 2020.

We have many Amanda Gormans in our Jewish community. There are so many young women who have something to say. Social media has allowed exponential growth in the possibilities for anyone to express herself in the way that works for her, to be heard by her “tribe,” and providing an international stage. With the rapid development of varying platforms fueling a younger content creator boom, we have to do more to cultivate these youthful voices. We – as in the entire Jewish world – need to be empowering, enabling, and encouraging young women to find and express themselves.

Hila “@totallykosher” has created a fascinating following on TikTok, simply answering questions about Judaism sent by strangers from around the globe. Her accurate, well researched authentic answers, and non-rabbinic voice really resonates. What immeasurable light she is adding, helping people understand aspects of our heritage that can mystify, and reaching people that might otherwise never even ask.

Becky Tahel Bordo created the interfaith marriage and Jewish identity documentary American Birthright, garnering international acclaim at film festivals across the globe. She set out to direct a film answering questions about intermarriage, but honestly and bravely allowed the story to morph to include her personal journey in serach of answers to so much more.

Beatie Deutsch is an American-Israeli marathon runner who has competed and won — including when she was five months pregnant! The 29-year-old mother of five always runs in modest attire is a possible Olympic contender. Her thousands of Instagram followers connect to her celebration of healthy habits and ability to meet many challenges. But her profile describes her (rightly) as “an Ambassador of Hashem.” While she has publicly acknowledged being uncomfortable with media attention, she overcame her discomfort when she understood how powerful it is when she shares her choices and accomplishments.

There are so many powerful, growing, learning, passionate young Jewish women out there. I know, because through KNi and my social media channels they contact me and stop me on the street. We need to encourage these women to find their voice, to find their purpose and share their unique contribution with the world. Providing them with the opportunity to be brave, to reach out, to advocate, educate, or simply inspire, giving them a place for expression – this should be a priority, whether digitally, in person or in the media. (If this is you, Aish Global Media Network is looking for you and I want to hear from you!)

It is our collective responsibility as a Jewish community to help every Amanda Gorman, every Hila, find the podium that is right for her, and let her know that we want — and need — her voice.

“For there is always light,

if only we’re brave enough to see it

If only we’re brave enough to be it.”

— From The Hill We Climb by Amanda Gorman

About the Author
Jamie Geller is the Chief Media & Marketing Officer at Aish Global and CEO of Kosher Network International. Having successfully built a portfolio of Jewish food and lifestyle digital media brands with an audience of millions and over 1 billion video views, she recently joined the Aish Global executive team to spearhead a digital media strategy featuring entertainment, edutainment, and educational experiences to make Jewish wisdom more accessible and engaging for people across the globe. While redefining digital media success in the Jewish world, she is also busy being a mother of six and seven-time bestselling author who appears regularly on the Today Show and daytime talk show circuit and has been featured in the New York Times, Forbes, Cosmopolitan, Yahoo, among other media outlets.
Related Topics
Related Posts
Comments