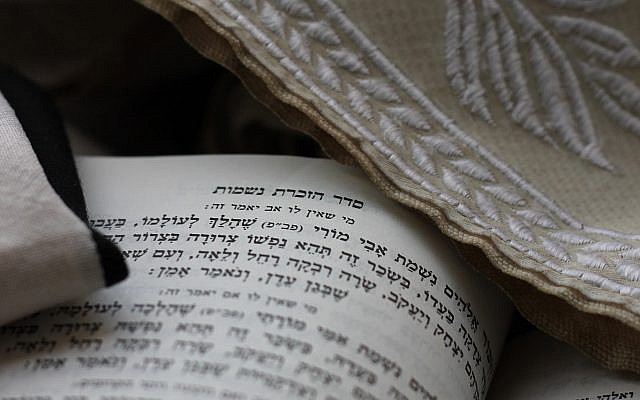 A friend of mine shared with me the following amazing story:

It happened not too long ago on the outskirts of Jerusalem. One of the supervisors at a local kitchen would always get a group of men together to pray the afternoon Mincha prayers. One particular day, this fellow— we shall call Jacob — encountered great difficulty finding his tenth man.

He left the kitchen and saw this older fellow sitting on a park bench reading a newspaper. Jacob went up to the man and asked him if he would be willing to pray with them and make the quorum. The fellow, let’s call him Abraham, asked if he was indeed the tenth person and whether all that was needed was him. Jacob reassured Abraham that he was it, and they could proceed immediately with their prayers if he came.

The two proceeded toward the prayer hall, and as they approached, someone inside yelled out that they had already found a tenth person for the prayers and no one else was necessary. Even though Jacob told Abraham he could join in the prayers even though he wasn’t “needed,” Abraham said he would go back to the park.

A few months later, Jacob had a dream that Abraham came to him, begging that he convince his son to say the special Kaddish prayer for the deceased on his behalf (Abraham had since passed away). Jacob was surprised and asked in his dream why Abraham was asking him, of all people, to do the job. Besides, when do people’s souls get this extraordinary opportunity to ask anyone to ensure the Kaddish is being recited on their behalf?

Abraham answered Jacob, “Because I agreed to make the quorum on that day you approached me — as the intention alone to do a good deed was sufficient — in heaven, it was decided that I could make an effort to recruit someone on my behalf, and the person I could go to is the one through whom I received this merit.”

That morning, Jacob immediately contacted Abraham’s son, who confirmed that his father had passed away a few months ago and that he had been negligent in saying the Kaddish. But when he heard Jacob’s story, he promised to start saying this special prayer for his father right away.

Many people think that it only matters when we do a good deed and that when it comes to thoughts, intentions, and speech, we are free to do whatever we please, yet the Bible tells us that thought can validate or invalidate a sacrifice. The intention we have— or that we do not have — is the difference between an act that will fly to God and connect with God or an act that will be a hollow, empty shell.

The words we produce can and will generate an energy that will either strengthen and fortify us, or, God forbid, bring about negative results.

The objects we bring into our homes and lives have their energy and aura, and they will infuse our environments with either life-generating positive and constructive energy or the opposite.

Everything we think, say, or do has serious, eternal ramifications.

All the time, but mainly on such occasions as the New Year, when God judges the world, we must reflect on the seriousness of the powers that each one of us is endowed with; our abilities to partner with God to make the world around us a better place for all of humanity.