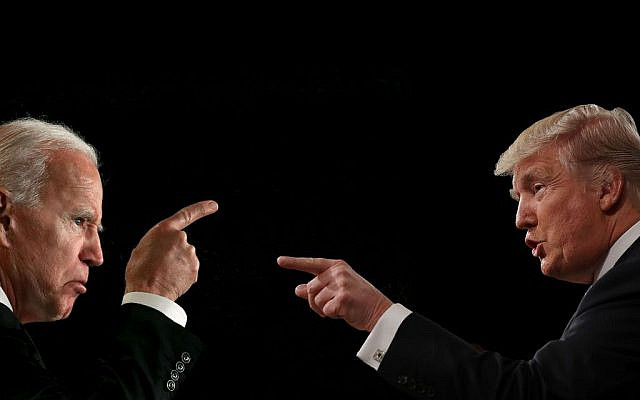 Middle East policy has shifted up the U.S. Presidential Election agenda ahead of Novembers ballot, thanks in large part to the remarkable normalisation deals between Israel, the UAE and Bahrain. At the start of the year, following the Soleimani assassination, it seemed likely to be high on the agenda, before the pandemic took over all our lives. It belongs firmly in the debate, as America’s actions have major consequences in the Middle East, and under Obama those were largely negative.

Beneath all the bluster and rhetoric, is there actually a considerable amount of difference between the two candidates. It’s true that there would be obvious differences under Biden, not least in seeking a return to the Iran deal in some form, although hopefully he will avoid repeated the error of shunning input from the region’s powers. But the notion that we might see a wide-reaching return to Obama-era accommodation with Islamist forces in the Middle East is far less plausible. Quite simply, the sands have shifted.

It is perhaps the most fatal flaw in President Obama’s approach to the Middle East that he sought to build relations with Islamist groups, particularly the Muslim Brotherhood. His description of them as ‘an unsavoury but inevitable by-product of democracy’ was a basic failure to understand an organisation that views the creation of an Islamic caliphate intolerant of non-believers as it’s raison d’etre.

This shift in approach not only enabled a destabilising, hard-line organisation but simultaneously saw a cooler approach to America’s traditional allies in the region. Israel, Saudi Arabia, the UAE and others all increasingly saw their advice as states on the frontline of regional problems fall on deaf ears. The consequence was greater regional instability, greater resource for violent proxies and an emboldening of Islamist forces manifesting themselves in Turkey, Lebanon, Syria and beyond.

Despite this bleaker picture, the past four years (and indeed the past two months), we have seen an historic realignment in the Middle East. Recent peace deals between Arab nations and Israel are no PR stunt; they are a formal recognition of shared core interests and a realisation of longstanding cooperation in combating extremism across the region. Israel along with its partners in the Gulf – all of them US allies – now form a bulwark against the Islamist ideology that the last administration turned a blind eye too.

Turkey, meanwhile, has emerged as the preeminent author of instability in the region. President Erdogan’s aggressive foreign policy in Libya, Syria and in the Eastern Mediterranean pits it against US allies across the board. Countering his neo-Ottoman ambitions and the Muslim Brotherhood-aligned ideology he propagates is a key challenge for the next president.

In order to meet that challenge, both candidates must recognise how this situation arose in the first place. Obama-era mistakes will only compound the difficulties the region already faces. America is undoubtedly seeking to pull back from the region in a military sense. However, recent weeks have shown the positive diplomatic impact the U.S. can have in terms of building alliances, improving stability and challenging the forces of divisive Islamism.

Whoever sits in the Oval Office in January should view promoting the growing unity among the United States’ allies as a priority, listen to their allies and reject Islamist thinking. Winding back the clock is not an option.