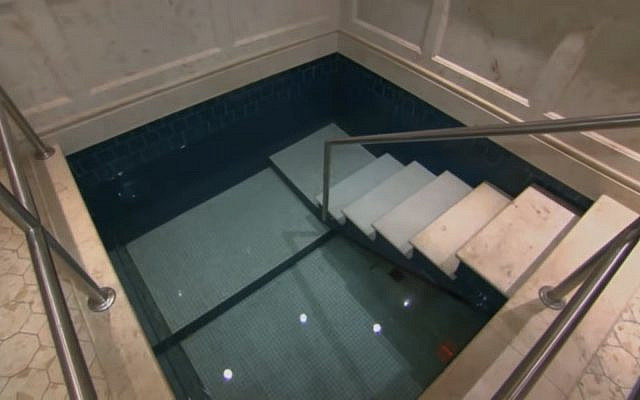 This week, the leaders of America’s largest Orthodox and Zionist organizations met with Israel’s minister of religious affairs, Matan Kahana, to discuss his proposed conversion reforms. Let’s just say the meeting did not go well. Rabbi Leonard Matanky, in his piece titled, Minister Kahana, we American Orthodox rabbis can’t support your reform, examines the reasons he and other rabbis rejected this proposal.

Matanky’s claim is that the decentralization of conversion will lead to a lack of universal standards and thus a lack of trust in the conversion process. He claims that GPS conversions done in America are standardized and therefore produce universally accepted converts, and he wants it to remain that way both in the US and in Israel. Additionally, he claims to be concerned about the problems we face in Israel, but this seems nothing more than lip service.

What we face in Israel is nearly overwhelming. As of 2019, there were 400,000 Israeli citizens who were not considered Halachically Jewish by the rabbinate. At most, the Rabbanut converts a mere 2,000 people per year. At that rate, it would take them upwards of 200 years to convert the present number we face. And this number is not static. As one would expect, these Israelis are procreating; therefore, the number of people with a questionable Jewish status is steadily increasing. There is a possibility that these immigrants will fade into the fabric of Israeli life, and we’ll no longer know who’s Jewish and who’s not.

The answer to this problem is simple: we must follow Halacha as it has been handed down for 2,000 years. Our Sages Hazal were clear that the only thing needed to convert someone was a religious court of three men. The process was always decentralized. It is only in the modern era that these religiopolitical bodies came into being. Those advocating for centralization are actually the reformers. They are the ones bucking the established custom.

Due to the modern state of the Jewish people, it is true decentralization would make things more complicated. And there might be a greater possibility of courts performing conversions that aren’t up to Orthodox standards. But it’s time for all of the streams of Judaism to be represented in Israel. The State needs to recognize the services performed by both the liberal and traditional movements – be it conversions, weddings or britot. The power should no longer be solely in the hands of the Rabbanut.

The only reason to keep these things centralized and standardized is a desire to remain in power and also to render the other movements invalid. There are many ways for people to express their Judaism. For those who choose to identify as part of the liberal community, their rituals work for them.

While it’s true the liberal conversions may not be enough for the Orthodox camp; it doesn’t mean we must negate them. We can acknowledge that those rituals have meaning and validity for that segment of the population. If and when the day comes that these people want to join the Orthodox ranks or use an Orthodox rabbi for an event, we can deal with that situation then.

What’s amazing is that these American rabbis who reject the reforms are committed to propping up the Rabbanut to save Judaism. What they’re forgetting is that the Rabbanut’s shortlist of Kosher religious courts has been progressively shrinking throughout the years. In effect, these rabbis are shooting themselves in the foot. It’s just a matter of time before the Israeli Rabbinate loses trust in everyone but themselves. The answer to this problem isn’t limiting people’s access, but rather expanding it – even if that means more work for us Orthodox rabbis down the line.