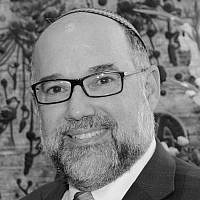 The Blogs
Leonard Matanky
Apply for a Blog
Advertisement
Please note that the posts on The Blogs are contributed by third parties. The opinions, facts and any media content in them are presented solely by the authors, and neither The Times of Israel nor its partners assume any responsibility for them. Please contact us in case of abuse. In case of abuse,
Report this post. 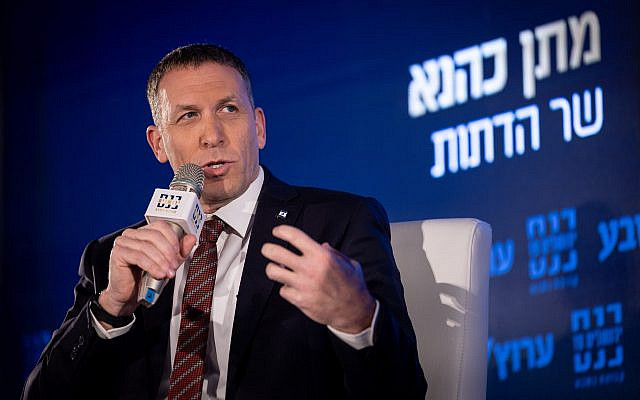 This week, as leaders of America’s largest Orthodox and Zionist organizations, we met with Israel’s minister of religious affairs, Matan Kahana, to discuss his proposed reforms of the process of conversion. It was a productive and valuable meeting as the issues that he is trying to address are significant. We listened, we shared our concerns, we engaged in conversation, but ultimately we left the meeting unable to support his legislation as presently written.

Why? Because, while we care deeply about the challenges that face our Jewish state, we are very concerned about the impact this legislation can have on Israel and on the Diaspora.

Like Minister Kahana, we recognize a real and serious problem facing Israeli society. Hundreds of thousands of non-Jews have come to Israel from the former Soviet Union and become citizens, serve in the IDF, attend schools, and integrate into Israeli society. Yet, despite their contributions to Israel’s security and economy, they cannot benefit from certain rights available to Jews. Their children are growing up Israeli and intermarrying with Jews. These are serious challenges, but we are concerned that Minister Kahana’s proposed reforms — including the decentralization of Israel’s conversion courts, as well as the resultant lack of transparent standards — will not solve these difficulties, and will instead create another equally severe set of problems. We are also concerned that his proposals sideline Israel’s chief rabbinate.

Specifically: the proposal to empower local rabbinical courts will enable only a small percentage of the relevant population to undergo conversion, as even the most liberal of those courts will require some level of commitment to Torah observance. Likewise, only a modest fraction of this population would take advantage of more relaxed standards for conversion of their newborns. As such, the costs of the proposed legislation must be weighed against truly limited benefits.

The costs are potentially very significant. The proposal to decentralize conversion authority to local rabbinical courts will result in different — and perhaps contradictory — standards of conversion being used in different locales. Those converted by more lenient standards will not be accepted as Jewish by others, creating two communities that cannot marry each other, thus dividing Israelis even more.

Israel should learn from our experience in the US. Less than 20 years ago, any rabbi in America who so wished would perform conversions according to his own standards. The result was a complete lack of trust and transparency regarding the halachic quality of those conversions, necessitating individual investigation. Today, because the Israeli rabbinate will not accept unrecognized American conversions, individual rabbis are far less likely to perform freelance conversions. The rabbinate’s imposition of a minimum standard contributed greatly to the successful establishment of the Rabbinical Council of America’s “GPS network” of Orthodox conversion courts. This network works with procedures designed to create a positive experience for conversion candidates, ensuring their continued commitment to Torah u’Mitzvot (full adherence to Torah and Jewish law), while maintaining a specific standard for conversion that has significantly improved the trust and transparency of American conversions.

Our experience demonstrates that a return to decentralization and a lack of transparent standards would be a very negative development for the Israeli community as a whole, and most especially for the prospective converts. Moreover, these negative effects will not be restricted to Israel, as it is the Israeli benchmarks that enabled us to establish ours in the US. If Israeli guidelines are internally conflicted, we will quickly lose the ability to maintain a standard in our own communities.

Additionally, as religious Zionists, we view an effective chief rabbinate as an important component of the Jewish state, both within Israel and in its role for international Jewry. We understand that the Rabbanut as an institution needs improvement, but we are concerned by the choice to implement changes that may address these flaws by sidelining the institution. Whatever the obstacles, our shared vision of the State of Israel demands that we invest the time, effort, resources, and partnership that will improve and strengthen the Rabbanut, allowing it to create a more user-friendly, accessible, transparent, and trusted conversion experience that all will appreciate and recognize.

We do not question the need to address the reality of Israel’s current conversion conundrum or the motivation of Minister Kahana and those who are partnering with him. We welcome their invitation to continue our dialogue in search of the best path forward. But it is clear that the current effort is neither the best means to a durable solution for the potential converts nor for the social and religious cohesion of the Jewish nation, in Israel and abroad.

About the Author
Rabbi Leonard A. Matanky, PhD, is co-president of the Religious Zionists of America, rabbi of Congregation K.I.N.S of West Rogers Park, and head of school of Ida Crown Jewish Academy. He is a member of the Vaad HaPoel of Mizrachi Olami, an honorary governor of the Orthodox Union, and past president of the Rabbinical Council of America.
Related Topics
Related Posts
Comments