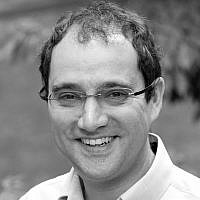 The Blogs
Alex Sinclair
Thinker, Writer, Practitioner
Apply for a Blog
Advertisement
Please note that the posts on The Blogs are contributed by third parties. The opinions, facts and any media content in them are presented solely by the authors, and neither The Times of Israel nor its partners assume any responsibility for them. Please contact us in case of abuse. In case of abuse,
Report this post. 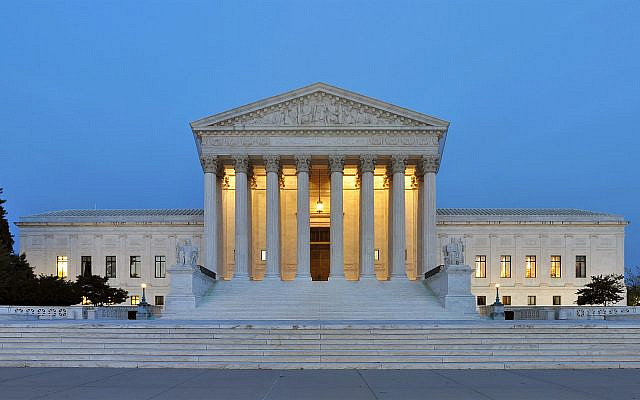 The Judaism we practice today is rabbinic Judaism, not biblical. The daily prayers, Shabbat observance, laws of kashrut, celebrations of festivals, and the dozens of other things that make Jews Jews, are not to be found in the Bible itself (at least, not in anything like their current form), but were legislated by the rabbis of the Mishnah and Talmud in the early first millennium. We’re rabbinic Jews, not biblical Jews.

Well… not all of us. There still exists a tiny community of Karaite Jews in pockets of Israel (Ramla, Ashdod and Beersheba). Karaite Judaism rejects the oral law and rabbinic Judaism, focusing only on the observance of biblical laws as they appear in the Bible.

Karaite Jewish practice is fascinating. They don’t light candles on Friday night – that quintessentially Jewish behavior – because they interpret the Biblical verse “you shall not burn a fire in any of your dwellings on the day of Shabbat” to mean, quite literally, that you can’t have fires burning during the sabbath. Rabbinic Judaism, of course, has no problem with fires burning on Shabbat, as long as they are lit beforehand. Karaites don’t wear tefillin – again, a quintessential Jewish ritual object – because they read the Biblical verses about “binding words on your hand” in their original (presumably metaphorical) meaning, without the overlay of rabbinic law that saw this text as a divine command to wear small black boxes on our arms and heads.

Of course, as a pluralist, I say live and let live, but however fascinating Karaite theology may be, it’s not Judaism. To be a Jew is to be a rabbinic Jew. To go back to our constitutional document – the Torah – and create Halachah (Jewish law) from its original text, is just about the most un-Jewish thing you can possibly do. Why? Because we get that law changes. We get that context matters. We get that what was appropriate 3,000 years ago might not be appropriate now. And so while we revere our original constitutional text, we give ourselves considerable liberty to re-interpret it for different contexts. This notion is accepted, to varying degrees, by all the movements of contemporary Judaism, from Reform to Ultra-Orthodox.

There are countless examples where this has happened in the history of Jewish law. We don’t literally follow the law about “an eye for an eye” anymore. We interpreted out of existence the strange case of the “rebellious child” who must be stoned to death. Most of us understand the biblical injunctions against homosexuality as socially-constructed legal positions of ancient times and jump through halachic hoops in order to create a contemporary legal approach to the issue that fits with today’s moral values. Oh, and sorry, Karaites, but we light Shabbat candles too, as it is written, um, nowhere in the Torah.

The “originalist” approach that now appears to be the majority position of the US Supreme Court is the American equivalent of Karaite Judaism. The Second Amendment’s “well regulated Militia” is to contemporary American life what “stoning the rebellious child” is to contemporary Jewish life. Sure, it’s written in the Constitution, and we should treat that original text with reverence, with an understanding of its historical context, and with communal rituals that keep its symbolic power alive for us (we Jews, for example, read the Torah every week throughout the year – even the bits that we no longer keep). But for God’s sake, let’s not confuse reverence for the original text with reliance on the original text.

Equally, the fact that the constitution says nothing about abortion (see under: Dobbs v. Jackson) or same-sex marriage (coming attractions!) should be irrelevant. The Torah says nothing about Hanukkah (because it hadn’t happened yet). It says nothing about Rosh Hashanah being the Jewish New Year (because in biblical times they counted Nissan as the first month). It says nothing about saying the Hallel prayer of praise on Yom Ha’atzmaut (because Israel didn’t exist back then and neither did Hallel). Yet all of these practices, and dozens more, are constituent parts of what it means to be a practicing Jew today. Jewish law is able to derive new practices from the original spirit of our constitutional text, even when (actually: especially when) contemporary circumstances were unimaginable in the times of that constitutional text.

Samuel Alito may be right when he argues that the original Roe decision was based on a non-contextual extrapolation of the 14th Amendment. But that’s exactly the point. We Jews learned long ago to dismiss originalist law and instead develop a living, breathing, adaptive halachic Judaism, inspired by, but not tied to, our foundational constitutional text. If only the Supreme Court could do the same.

Note: this piece is intended as a critique of the originalist bent of the Supreme Court, not Karaite Judaism. I certainly do not mean to offend or insult Karaite Jews, and if I have misrepresented aspects of Karaite Judaism or used it as too loose an analogy, I apologize unreservedly. However, the core argument of my article still holds: to revere an original foundational text (Constitution/Torah) should not require us to be bound to its original historical meaning or context. In current American political discourse around abortion, gun control, and other items, that core understanding is critically important.

I am grateful to Jonathan Kessler, founder and CEO of Heart of a Nation, for his comments on an earlier draft of this piece.

About the Author
Dr Alex Sinclair is a thinker, writer, practitioner, coach, and program director. He has written and spoken widely on Jewish education, Israel-Diaspora relations, and Israeli politics in both academic and popular contexts. He was a professor of education at the Jewish Theological Seminary for almost two decades, and has worked or consulted for a wide variety of other educational and communal institutions. His first book, published in 2013, was titled Loving the Real Israel: An Educational Agenda for Liberal Zionism.  He lives with his wife and three children in Modi'in, Israel.
Related Topics
Related Posts