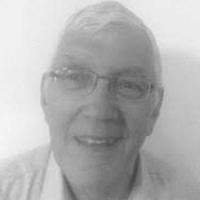 The Blogs
Arthur Horn
Apply for a Blog
Advertisement
Please note that the posts on The Blogs are contributed by third parties. The opinions, facts and any media content in them are presented solely by the authors, and neither The Times of Israel nor its partners assume any responsibility for them. Please contact us in case of abuse. In case of abuse,
Report this post.

The situations in Iraq and Syria are both very serious and tragic. Many people have lost their lives, many more are living as refugees away from their homes in terrible conditions, and even more are in a desperate situation trying to get out. A further continuation of the deterioration will bring even worse problems in much of the Middle East and persist in spilling over across Europe and rest of the world.

Recently, there has been an introduction of Russian forces into Syria in support of the Assad regime. (The Assad family has ruled Syria since Hafez al-Assad became President of Syria in 1971 and established an authoritarian government under the control of the Ba’ath Party. After his death in 2000, his son Bashar succeeded him. The Assad government began the civil war in March 2011 by firing live ammunition into peaceful protesters.) Russian military action has been directed primarily at keeping the very brutal Assad regime in power. This is an indication of how bad the situation is now. In addition, the great number of refugees now reaching Europe will only bring major social problems there. Many refugees have drowned in their attempt to reach Europe shores. This clearly shows that immediate remedial action is needed. In addition, a long-term strategy is essential.

Developing a long-term solution will require a realistic understanding of the current situation and finding and learning from successful examples of solutions elsewhere. The current situation is one where different religious groups often have tremendous hatred for each other as demonstrated by severe sectarian violence. In the past, in both Iraq and Syria, a harsh dictator ruled mainly by fear, torture, and by focusing enormous hatred externally. The focus of that hatred was Israel, the United States and the West in general. Now, however, there is no dictator who controls much of either country and it is unlikely that a leader will emerge that will bring tranquility and democracy to their countries. People do not see themselves as Iraqis or Syrians, but rather as Sunnis, Shiites, Alawites, Christians, Kurds, or Druze, etc. Each group seems to feel its alliances with other groups are essential and necessary for survival.

Given the current war situation, the history of many being killed, and much of the hatred now focused internally, it is reasonable to say there is no effective nation of either Iraq or Syria. Most people seem concerned about their personal safety, their families, and the protection and perpetuation of their own sectarian groups.

The ultimate goal should be peace, an end of aggression, freedom of religion, freedom from fear, tolerance, democracy, and prosperity.

Long-term fixing the problems in Iraq and Syria can best be achieved by motivating people to do what they see is in their best interest and providing a method of achieving their goals. Sunnis, Shiites, or Kurds, etc. seem very willing to fight and die, if necessary, to protect their families and their people but quite unwilling to do so for groups they despise. In either Iraq or Syria, a cohesive national army seems impossible at this time. It is hard to envision, for example, Sunnis fighting to protect Shiite or Alawite areas or Shiites or Alawites fighting to protect Sunni areas. Perhaps the example of partition, as what happened in the separation of Pakistan from India, can serve as a significant improvement. The migration of Hindus from violent Muslim areas and the reverse migration of Muslims from Hindu areas reduced the level of violence.

The establishment of Iraq and Syria as confederations with each province getting much greater autonomy and providing for its defense and policing would be the first step. The second step would be the vote as to the religious or sectarian character of that province. For example, each province would decide to go Sunni, Shiite,Alawite, Kurdish, Christian, or pluralistic, meaning tolerance. The third step is to have a time period during which populations would have an opportunity to sell their property, leave their homes and relocate to an area of their people that is satisfactory to them. In some cases, because of the demographics of the area, it might be desirable to divide a province into two or more separate provinces.

Because of the intense hatreds following the death of many family members, religious and sectarian hatred, and property losses, a very volatile and hostile situation would be expected. Military hostilities would be expected. For that reason, two conditions are needed. The first is that the individual provinces have limited military equipment and no weapons of mass destruction. The second is a strong external military force that would supervise and maintain relative tranquility. Any massive invasion or genocide by one ethnic group/province against another would be stopped by aerial bombardment by a coalition of air forces nearby based in relatively safe areas. Therefore, any attack by one group could not use warplanes or tanks, and would be limited at most to machine guns, car bombs, or truck bombs. The use of warplanes or tanks would be quickly stopped by the external military force.

Rather than have the American military act as the policeman of the world, a much better approach would be to have the American military act as the leader of a posse. By that I mean, the US Air Force would lead, but would be joined by the air forces of NATO as well as other nations in stopping major military action between the provinces. Low intensity fighting would be the responsibility of the individual provinces with their limited weaponry. The coalition air force would also reverse a major Iranian military presence in Iraq or Syria. The benefit of a largely demilitarized Iraq and Syria (protected by strong a coalition air force) would be very beneficial to the Middle East and the world. Lebanon would have a chance to reestablish democracy unfettered by Syrian and Hezbollah domination. Israel, our best ally in the area and a democracy continually seeking peace, would be free from the threat of Syrian aggression.

The immediate problems are as follows: Russian military intervention, massive refugee migration to Europe, and widespread death on the Mediterranean Sea. This indicates that immediate, strong, governmental control of these territories is absolutely essential. In the past, the United Nations supervised what was called “Trusteeship Territories” prior to their independence. Clearly, given the performance of the United Nations during the past five decades, that organization is not a realistic choice. What is a realistic choice is an organization composed of the United States, our NATO allies, and other acceptable nations.

The difficulty in putting such a governmental organization in place is that it would almost certainly require military action. The question, however, must be raised as to whether it is better to solve the problem sooner or wait and let the problem fester and get worse. The lesson of both the 1930s and the last six years is that “a stitch in time saves nine.”

About the Author
Arthur Horn has worked in government for more than forty years. He has a background in political science and economics. He is a frequent traveler to the Middle East and has worked with organizations focused on the political, social and economic issues of that area.
Related Topics
Related Posts
Arthur Horn
Comments