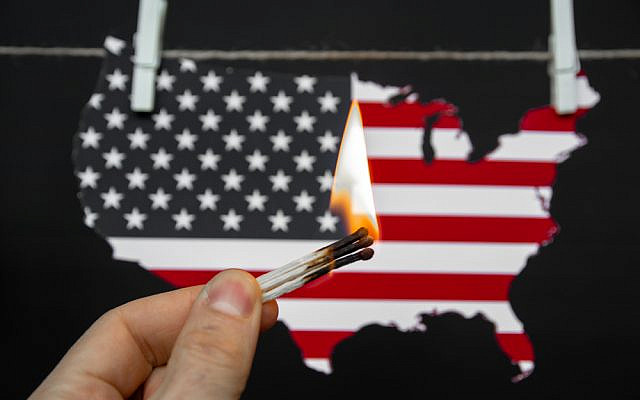 When people turned on their TV sets during the afternoon on January 6th, 2021, they expected to see every routine session of Congress taking place. In what has largely been a ceremonial event the preceding two centuries, Congress was simply supposed to tally the results and declare the next president. Instead, what people saw was nothing short of an act of domestic terrorism. As hooligans, goons, thugs, white supremacist, and Trump supporters, egged on by sitting president of the United States in a jaw-dropping, shameful show of arrogance, narcissism, and sedition charged into the capitol, the nation’s elected lawmakers were forced to take cover, fearing for their lives. In a remarkable turn of events that stood in stark contrast and just position to the actions of protesters that descended on the capital in the past, rioters and looters charged passed law enforcement officials, busted into the offices of senators and representatives, and even posted pictures of their disgusting actions on social media.

Without a doubt, the United States capital has not been treated with such disdain since the War of 1812, when the British burned it to the ground in 1814. Now, the United States has always been a resilient country. During times of crisis, we have come together, got into work, and risen to the challenges. Therefore, it was nice to see that Congress finished its job late that very night. They tallied the votes, declared Joseph Biden the rightful winner of the election, and he was inaugurated on January 20.

At the same time, we need to make sure that we do not repeat these mistakes in the future. Therefore, we need to ask ourselves, why did this happen in the first place? Why do people feel like they could break into the people’s house, reject the results of a rightful election, and try to overthrow the sitting government of the United States? These shameful actions left five dead, a country reeling, and people wondering what exactly we are doing with ourselves.

Without a doubt, 100 percent of the blame for everything that happened this month lies with the country’s  ex-president. In a stunning rebuke, multiple former generals, Joint Chiefs, and former presidents took the current President to task for his shameful actions. He has refused to accept the results of the rightful election, lost more than 60 court cases due to a total lack of evidence, and has refused to accept the fact that he lost. After president-elect Biden urged Donald Trump to come out and tell these rebellious insurrectionists to go home, President Trump produced a video again saying that the election was stolen. The reality is that he has not done a single ounce of governing since the election was completed. Furthermore, he even called Senators, urging them to object to the Electoral College vote that was taking place on the floor. Even as people voted yay or nay on the objections, knowing that it would fail, these political stunts were not without consequence. They simply further the divide that this country is trying to overcome right now.

Even though the country is going to overcome everything that has happened recently, the question remains regarding what should be done with Donald Trump. There are many people who believe that he should be banned from ever running for office. It is obvious that he is incapable of being president of the United States. He has done nothing but fan the flames of this, even giving a speech to his supporters right before they rushed the capitol, urging them to march down there. Of course, his lackeys did exactly that. This time, not only did he place the general populace at risk but he also placed the elected officials of this country in harm’s way.  This is a dark chapter in our nation’s history and as a date that will live in infamy.