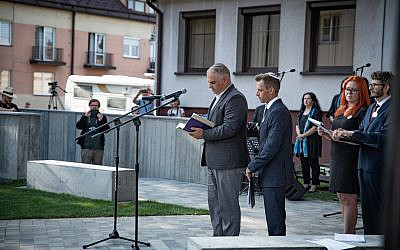 Rarely in one’s life is one able to witness the closing of a circle from generations past. This week I had that experience, and it was extremely moving. When I came to Krakow, I understood that though certain days in the calendar exist for commemoration (like Yom Hashoah), many, many more days are dedicated to Holocaust memory throughout the year, not because Jews are organizing events in cities and villages throughout Poland, but because non-Jews are doing so, and in quite large numbers. 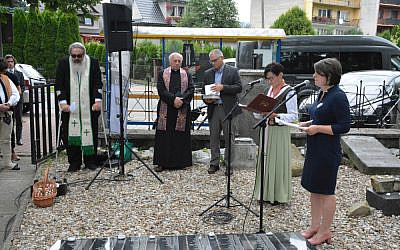 Especially in the summer I receive tens of invitations each year to join a memorial and recite the prayers. Usually, it is a group of Polish individuals who grew up in that town, village, or city, who have researched the tragic events which transpired in that place around 80 years ago. They feel that a piece of Poland was lost during the Holocaust and subsequent Communist era and are on a journey to preserve the memories of Jewish life, clean up the Jewish cemeteries, erect proper memorials of the tragedy, teach about diversity and coexistence and give the descendants a chance to mourn their loved ones properly.

At the beginning of my time in Krakow (9 years ago) I knew that my grandparents from both sides were originally from Poland, and I was aware of how they all survived—one with Kindertransport, one with a Sugihara Visa, and two made it out before the war—but all of them lost close family members, though I was not so clear on the details of those who perished and how, it was not a topic my grandparents readily shared. During my tenure here I have uncovered more grisly details of their demise, but some stories still eluded me. Then I met Karolina Panz. She was a young PHD student who focused on Jews who lived and died in Nowy Targ (Neumarket) and Podhale (the southern Poland, mountain district) during the Holocaust. She emailed me with information she found about my great-great grandmother who was murdered in August of 1942. 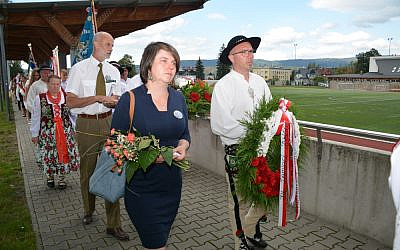 Karolina is a force of nature; she is on a mission to provide solace to any Jews from the entire Podhale region who are looking for answers about their roots, about their loved ones. Spending hundreds of hours in Polish town archives afforded Karolina the opportunity to mine the hidden details of where Jews were murdered, where they were buried, discovering some details of their lineage and bringing their lives into focus. One day I received an email from Karolina asking me if I was related to Sara Baumol, originally from Szczawnica and then later from Nowy Targ. She had found much information about her from the archives as well as from the Yizkor book about Nowy Targ (a book of testimonies recorded in the years following the Holocaust to preserve the memory). 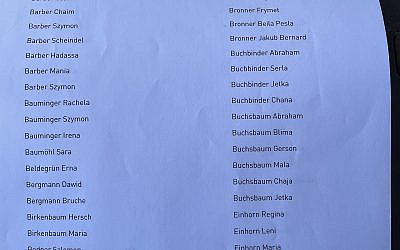 It turned out that Sara was my great-great-grandmother, the wife of my grandfather’s grandfather, rabbi Nachum! He held the position of rabbi of Szczawnica and Kroscienko for 50 years! After his death, his son, my great-grandfather, took over the rabbinate and upon his demise my grandfather’s brother (Rabbi Yehoshua who had learned in the Yeshiva in Nowy Targ) shared that position. 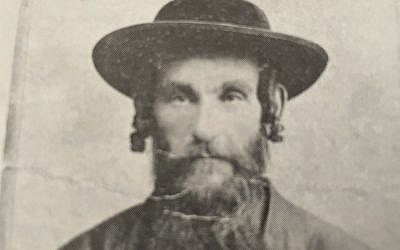 After the onset of ‘Aktion Szczawnica’ where most of the elderly and young were murdered, Sara and her daughter ended up in Nowy Targ in the home of Marian Drohlich, who witnessed how two Gestapo agents entered the home in June of 1942 at night and shot to death an 80-year-old matriarch in front of the eyes of her daughter, then forced her daughter to take the body to the Jewish cemetery. 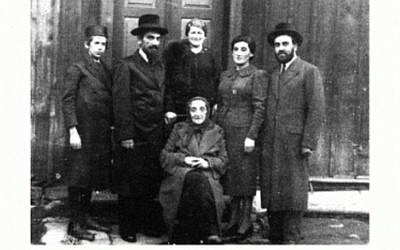 Sara Baumol was buried in an unmarked mass grave together with hundreds of victims. Her memory has been dissipating over the years and there has been no physical record of her grave since 1942. 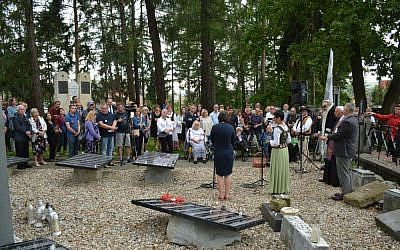 Karolina, together with an amazing organization called ‘people not numbers’ (started by my friend Dariusz Popiela), have been involved in restoring cemeteries, preserving memories and most importantly, putting back the names of the thousands of Jews murdered in the Podhale region during the Holocaust. This past week I attended and recited the requisite prayers for two events in the Podhale district—Nowy Sacz and Nowy Targ. In both locales Jews were murdered and their memories nearly erased; in both, Dariusz and Karolina have worked tirelessly to restore and preserve Jewish memory and to erect monuments bringing together Jew and non-Jew, old and young, to commemorate.

For me, Nowy Targ was particularly moving for I went there wearing my hat as the rabbinic representative of the chief rabbi (Michael Schudrich) as well as a descendant of Sara Baumol, representing the extended Baumol family.

This has been another project of ‘people not numbers’ in different towns around the region and they are not stopping! In each town the cemetery is restored, a proper monument is erected and the list of names of Jews murdered there is not only written but recited by all in attendance which is a particularly powerful moment for everyone and especially for me reciting the name of my alte-Baba. 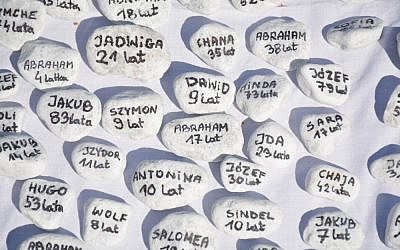 Stones for matzeva to be placed on the memorials
picture courtesy

In addition to reciting the requisite tefilot I spoke about my great-great grandmother and her eleven children, only three of which survived the war while the rest were murdered mostly in Belzec. I mentioned that for me it is the closing of a circle for my family who can now, thanks to Karolina, give our matriarch the respect and dignity she deserves.

I said that during the Holocaust there were righteous gentiles who saved Jewish lives; in this generation there are still righteous gentiles such as Karolina and Dariusz and thousands of others, who are saving Jewish memory. These individuals are true leaders, guardians of the past and symbols of the moral fabric of the population.

Our parsha introduces to the children of Israel the notion that once they enter the Promised Land, no longer will their lives be led only by Moses and Aharon, priests and Levites; rather, they should instill, judges, officials, leaders from amongst the people to guide the nation both physically and morally towards the destination they need to reach. Each family, community, tribe, must appoint judges and leaders, to guide and to act as models for the moral fabric of the nation. We all must be doing this internally and we are fortunate to behold of such remarkable leaders from outside our Jewish community, people who pursue justice, who represent the highest ideals in leadership and humility. On behalf of the extended Baumol family, Karolina, thank you and on behalf of Jews around the world connected to Podhale Jews we are filled with eternal gratitude.

About the Author
Rabbi Avi Baumol is serving the Jewish community of Krakow as it undergoes a revitalization as part of a resurgence of Jewish awareness in Poland. He graduated Yeshiva University and Bernard Revel Graduate School with an MA in Medieval JH. He is a musmach of RIETS and studied at Yeshivat Har Etzion in Alon Shevut. He served as a rabbi in Vancouver British Columbia for five years. Rabbi Baumol is the author of "The Poetry of Prayer" Gefen Publishing, 2010, and author of "Komentarz to Tory" (Polish), a Modern Orthodox Commentary on the Torah. He also co-authored a book on Torah with his daughter, Techelet called 'Torat Bitecha'. As well, he is the Editor of the book of Psalms for The Israel Bible--https://theisraelbible.com/bible/psalms. In summer 2019 Rabbi Baumol published "In My Grandfather's Footsteps: A Rabbi's Notes from the Frontlines of Poland's Jewish Revival".
Related Topics
Related Posts