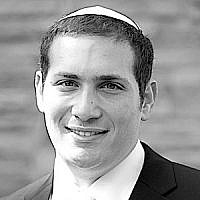 The Blogs
Ben Shefter
Apply for a Blog
Advertisement
Please note that the posts on The Blogs are contributed by third parties. The opinions, facts and any media content in them are presented solely by the authors, and neither The Times of Israel nor its partners assume any responsibility for them. Please contact us in case of abuse. In case of abuse,
Report this post.

On Wednesday April 29th 2015, the Baltimore Orioles and the Chicago White Sox played in an empty baseball stadium. The reason for this scene was the unrest in downtown Baltimore following the burial of Freddie Gray. Many focused on how eerie it was to have a game played without fans, but what is more important is how this game was a microcosm of a situation unfolding in Baltimore, St. Louis, and all over the world — social inequality.

Behind the green fences of Camden Yards were men of the upper class. They have financial stability, access to healthy food, access to medical treatment, a job and even disability insurance for a pulled muscle.

Now let us examine the people outside the ballpark, the people who live in downtown Baltimore around the stadium. Many live below the poverty line, many do not have access to healthy food or can afford it if they do. Nor do they have a stable job or routine medical treatments. These basic necessities of life: food, stability and medical care are what we all strive for. Yet, where one lives, the color of one’s skin, or where one was born drastically change the possibility of achieving these standards and goals.

As a society we have tried to provide welfare and medical treatment for the impoverished. We spend billions on social welfare. Yet the riots, the killings, and the inequality continue. For example, there are still areas in Baltimore where the average life expectancy is almost twenty years lower than another zip code a few miles away. Why does this continue?

A starting point can be found by turning back to the empty baseball stadium. The players do not play just for the money; they have their hearts and souls in it. In order to make it to the major leagues one has to have drive, a longing for something more. This longing derives from a purpose in life. Young players do not play baseball for money; they play for the love of the game. This drive can be translated as viewing money as a means rather than an end, but how can we convert that into our current situation?

A simple approach is to empower society to work for welfare. Society could change by using social welfare as a mechanism for employment for all. Creating jobs helps with the economy and morale for everyone. Each individual has something to contribute to society; we need to enable them to actualize their potential. One appreciates what one has to work for more than what one is given for free. It is when we do not have a reason to live and have nothing to do that inequality leads to revolt.

So what can we do? We can raise our voices and stand with those that are marginalized. We can vote for policies that would create jobs instead of handouts. But whatever we do we must push for a change, a change for services for all but also for meaningful employment for all. If we could create a society where we could all be inside the stadium, having stability in life and a purpose for our lives, then society could become a place that one would be proud to live in.

About the Author
Rabbi Ben Shefter is a graduate of Yeshivat Chovevei Torah Rabbinical school in Riverdale, New York and the Senior Jewish Educator at McMaster and Guelph Universities as part of Hillel Ontario. He grew up in Balitmore, Maryland, and attended the University of Maryland, where he received a BS in Material Science and Engineering while engaging in pluralistic programming through the organization Heart to Heart. Ben strives to make Judaism relevant and fun by finding activities or topics that people are interested in and showing the Jewish content within. He is a Seymour Siegel Scholar and the Educational Director for Heart to Heart.
Related Topics
Related Posts
Comments