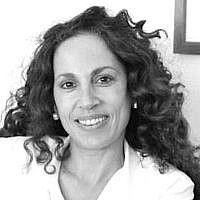 The Blogs
Yohanna Arbib
Apply for a Blog
Advertisement
Please note that the posts on The Blogs are contributed by third parties. The opinions, facts and any media content in them are presented solely by the authors, and neither The Times of Israel nor its partners assume any responsibility for them. Please contact us in case of abuse. In case of abuse,
Report this post. 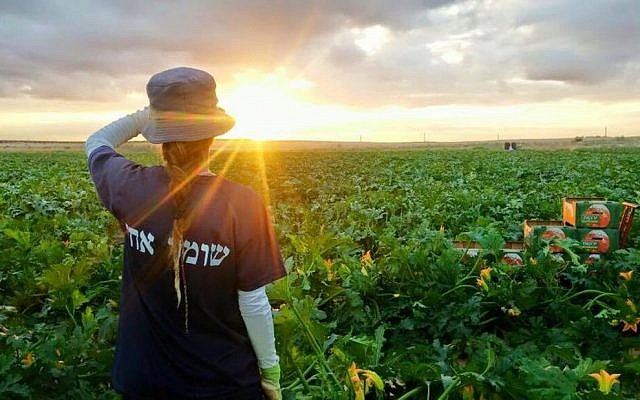 Agriculture and caring for the land has a special place in the history of modern Zionism. It heralded self-sufficiency, a palpable connection to the land, and launched a sociological makeover. Many farming settlements – the moshavot, kibbutzim and moshavim – were founded in peripheral areas and along the borders, cultivated the land, and preserved many of Israel’s rural open spaces. Moreover, resource scarcity stimulated technological breakthroughs, giving rise to new crops and innovative agricultural methods. For years, agriculture in Israel enjoyed a status of prestige, reflecting its national consequence and inherent values.

All this has changed in the present era. The start-up nation has grown to focus more on high-tech, less on crop production, and Israeli agriculture has been stripped of its iconic status. Far fewer Israelis are engaged in farming, now perceived as no more of a national asset than other business sectors. Moreover, today, numerous farmers are vulnerable to devastating – and at times life-threatening – criminal and terrorist attacks on their fields and equipment and are largely left to fend for themselves, despite their enduring role in safeguarding Israel’s open spaces and sovereignty.

HaShomer HaChadash was established ten years ago to help farmers and ranchers cope with the harsh adversities of agricultural crime and support their efforts to hold on to their land – and earn a living from it. It started out as a grassroots initiative that reconnected to the fundamental values on which the State of Israel was founded, quickly evolving to address the bigger picture of the significance of the land on a social-educational level.

HaShomer HaChadash’s Israel Pioneering Experience is an integrative program that brings people of all ages into the fields to work the land – while inspiring values of mutual responsibility, civic courage and love of the land. This is a win-win situation. Farmers and ranchers receive much-needed assistance with routine agricultural work and marauder-deterring volunteers’ presence. The volunteers, for their part, are engaged in hands-on social action, while forging meaningful connections and developing their Jewish identity. Furthermore, they take part in a meaningful discussion and deep learning of important questions, regarding, for example, the value of preserving the connection of Israeli and  world Jewry to the land, especially to the Land of Israel. In this manner, the volunteers contribute to the economic development and sustainability of the farms as well as to their security – in true kol Israel arevim ze laze fashion.

The viability of HaShomer HaChadash’s model has been validated in its decade of activity: The organization has become Israel’s largest volunteer organization, with over 70,000 volunteers at more than 250 locations throughout the Negev and Galilee in 2018 alone. Its various programs demonstrate that agricultural volunteering is not just nostalgia but rather a contemporary and attractive ideal. Farmers and ranchers are measurably safer and more prosperous because of HaShomer’s activities; land that would otherwise have been abandoned remains fruitful and within their possession.

And now, seeking to apply the experience and wisdom gained by HaShomer HaChadash in recent years and build on its tremendous success, the organization is going international. By expanding the programs to participants from around the world, our goal is to strengthen Zionist values and foster socially responsible members of society in a pluralist environment, while restoring a dimension lost to Israeli agriculture. Achieving this goal addresses two critical challenges: Reconnecting the young generations of Jewish communities around the world to Israel and to their Jewish identity; and responding to the risk of abandonment faced in agricultural lands along Israel’s borders and strategic areas due to adversities such as agricultural crime and a paucity of labor.

We plan to create programs in the United States for high-school students, young adults and families, including volunteer opportunities to assist farmers in rehabilitating land damaged by intruders; teaching volunteers how to engage in agricultural work; and raising important questions about the connection between people and land, and in particular, the Jewish people and the Land of Israel. These actions are geared to reconnect young and adult Jews from around the world.

Our first step in this effort is to connect with world Jewry. For decades, the world’s Jewry was an inseparable part of the effort to ensure the creation and existence of the State of Israel in the face of the existential challenges and dangers it faced. Recent years have seen, in some cases division and distance between Jews living in Israel and those residing elsewhere. Now an extraordinary opportunity presents itself for the whole of the Jewish people to come together in a shared mission of mutual responsibility centered on Israeli agriculture. Out of this, an in-depth mutual Jewish identity can develop, for now and well into the future, uniting Jewish communities worldwide.

About the Author
Johanna (Yockie) Arbib is President of HaShomer HaChadash. Arbib is a Jewish previously served as head of the Jerusalem Foundation and was chair of the World Board of Trustees of Keren Hayesod. In 2016, Israeli Prime Minister Benjamin Netanyahu awarded her the prestigious Goldstein Prize for distinguished Jewish leadership. HaShomer HaChadash is an Israeli grassroots organization established in 2007 to assist Israelis in maintaining the safety of farmers and open spaces in the Negev and Galilee. Today, HaShomer HaChadash is Israel’s largest volunteer organization with more than 72,000 annual volunteers from Israel and abroad, guarding and supporting more than 250 farmers cultivating some 250,000 acres of land nationwide.
Related Topics
Related Posts
Comments