On February 11, 2016, history was made.  Israel’s Supreme Court ruled that every Mikvah (Ritual Bath) in Israel must be accessible to men and women for the final step in their conversion process.  Until that decision, Mikvahs throughout Israel (which are under the auspices of Israel’s Religious Services Ministry) denied immersions for the sake of non-Orthodox conversions.

In our Jewish tradition, water is part of a sacred narrative, as when the Israelites crossed the waters of the Red Sea as they left Egypt, marking their transformation from a tribe of slaves into a free people.   Mikvah is the Jewish ritual that symbolically validates this kind of profound change for individuals.

This major decision by Israel’s highest court needs to have a ripple effect here in the United States and in other cities and countries throughout the world.  The reality is that most communities outside of Israel have Mikvahs, which are under the authority of the Orthodox community, and while some Orthodox synagogues allow their Mikvah to be used for non-Orthodox conversions, the majority does not.

For years, the small Orthodox synagogue in our community of Sacramento allowed immersions for the sake of conversion to Judaism under the supervision of Orthodox, Reform and Conservative Rabbis.  And then they didn’t.  But not because the synagogue didn’t want to.  Unfortunately, the Orthodox synagogue that built and administered the community’s Mikvah for years was forced to sell their rental home along with the Mikvah (which was attached in the back of the house) because of financial issues. When that property was sold, several rabbis in our community went to the local head Chabad rabbi who had just built a magnificent new Mikvah with funds donated by members of our entire Jewish community, and requested that the Chabad Mikvah be used for non-Orthodox conversions. His answer?  No. 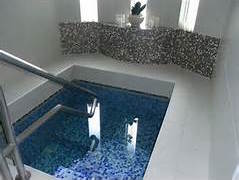 On February 17th, just days after Israel’s Supreme Court decision, the Chabad rabbi sent an email to members of the Sacramento Jewish community ‘debunking the myths of the Chabad Mikvah.’  In the email there were frequently asked questions and the first one was:

“…Q: Do any conversions take place at the Mikvah in Sacramento?…”

“…A: While conversion to Judaism does require immersion in a mikvah {sic}, the Mikvah of Sacramento was built exclusively for the Torah commandment of Family Purity. There is no discrimination between movements of Judaism, there are no conversions done whatsoever at this Mikvah…”

The bolded words in the Chabad rabbi’s answer were bolded I suspect to emphasize that the Chabad Mikvah does not discriminate against any Jew because the Mikvah is not even permitted to be used for Orthodox conversions. How convenient.  And how interesting that in his answer he uses the term “Mikvah of Sacramento,” implying that it is “Sacramento’s” Mikvah.  But, truth be told, it is “Chabad’s Mikvah in Sacramento” which can be used by everyone except those who have decided to cast their lot with the Jewish People, become a Jew by Choice, demonstrating their sincere love and devotion for Judaism and living a Jewish life.

The truth of the matter is that while Chabad markets itself as a movement of inclusivity, welcoming Jews of all denominations to its’ religious services, classes and programs, the decision to not permit immersions for the sake of conversion (which is a requirement according to Jewish Law) violates the Halachic principle of Tircha De-Tzibura, a burdening of the public, especially because there is no other Mikvah in the community.  Because the men, women and children who are converting to Judaism under the supervision of an Orthodox, Reform or Conservative Rabbi do not have access to the Chabad Mikvah, they and the members of their Bet Din (Jewish Court) have to travel to Oakland or San Francisco to an Orthodox synagogue which houses a Mikvah and permits Orthodox and non-Orthodox immersions for the sake of conversion.  In December, 2014, a young family in my congregation whose infant daughter was to be immersed for the purpose of conversion, narrowly escaped injury when they made the two-hour plus trip to Oakland in a driving rainstorm.  The freeway was strewn with hydroplaning cars causing several accidents.  When they safely arrived to the Oakland Mikvah, the parents of the child were emotionally upset and asked why they couldn’t use the Chabad Mikvah in Sacramento.

The irony of this matter is that Chabad does important and amazing work in Jewish communities throughout the world.  Personally, I have admired the work of Chabad for many years, and their outreach to Jewish People is inspiring. The Chabad rabbis I know as well as their spouses, work tirelessly to create a warm, welcoming venue for Jews who have felt disenfranchised with the Jewish establishment or who have been estranged from their Jewish roots. I marvel at Chabad’s ability to reach out to Jews who have suffered from addiction, giving them encouragement and helping them form a connection to the spiritual, setting upon a positive new path for their lives.

With all of the good Chabad does, it is even more perplexing why the organization stands its ground forbidding their Mikvah to be used for the final rite of passage to become one with the Jewish People.

“Motivated by his profound love for every Jew and spurred by his boundless optimism and self-sacrifice, the Rebbe set into motion a dazzling array of programs, services and institutions to serve every Jew.”

Sadly, though, every Jew in Sacramento is not being served when Chabad refuses to allow its Mikvah to be used by the entire community.  Recently when I saw one of the local Chabad Rabbis and mentioned Israel’s recent Supreme Court Decision, his reply was, “Since when does the Supreme Court decide Halacha (Jewish Law)?

My response to my colleague was to remind him of the Jewish legal source from the Shulchan Aruch (Code of Jewish Law) which states “Dina d’Malkhuta Dina” “the law of the land is the law.” This is the Jewish legal rule that the law of the country is binding, and, in certain cases, is to be preferred to Jewish law. This legal concept appears in at least twenty-five places in the Shulchan Aruch.  I also recalled for my colleague the Jewish principle of “Derech Eretz Kadma l’Torah” – meaning that “decency and kind behavior should always precede Torah.”  Decency comes before Torah. Torah cannot be without Derech Eretz.

I am hoping that the recent decision by Israel’s Supreme Court might motivate our local Chabad Rabbis to have a change of heart and allow the Mikvah to be used for conversion to Judaism.  But I am not holding my breath.  Should they hold fast to their decision, then my congregation will proceed to build a Mikvah on our campus, allowing it to be open and used by the entire community, for Taharat Mishpacha (family purity), conversion, and to immerse to commemorate a wide variety of transitions and occasions in people’s lives such as: prior to reading from the Torah for the first time, before or after surgery or recovering from a serious illness, becoming a parent or grandparent for the first time, or reaching a significant milestone in one’s life.

As the email from the Chabad Rabbi to the Sacramento Jewish Community acknowledged, “the Talmud states that having a Mikvah in a Jewish community takes precedence over having a synagogue (Megilla 27a, Meshiv Davar 2:45).”

I hope and pray that Israel’s historic Supreme Court decision will impact not just the communities in Israel, but Jewish communities throughout the world and with any good fortune, my community here in Sacramento.