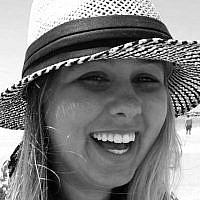 The Blogs
Sydney Stracher
Apply for a Blog
Advertisement
Please note that the posts on The Blogs are contributed by third parties. The opinions, facts and any media content in them are presented solely by the authors, and neither The Times of Israel nor its partners assume any responsibility for them. Please contact us in case of abuse. In case of abuse,
Report this post. 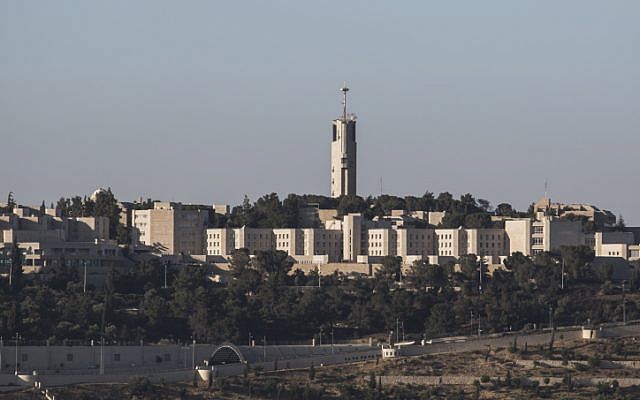 The Hebrew University on Mount Scopus, as seen from Jerusalem's Old City, on June 10, 2015. (Hadas Parush/Flash90)

Life is about getting from point A to point b, TIP gives you a lot of point A’s” — Barry Goldberg, TIP Fellow 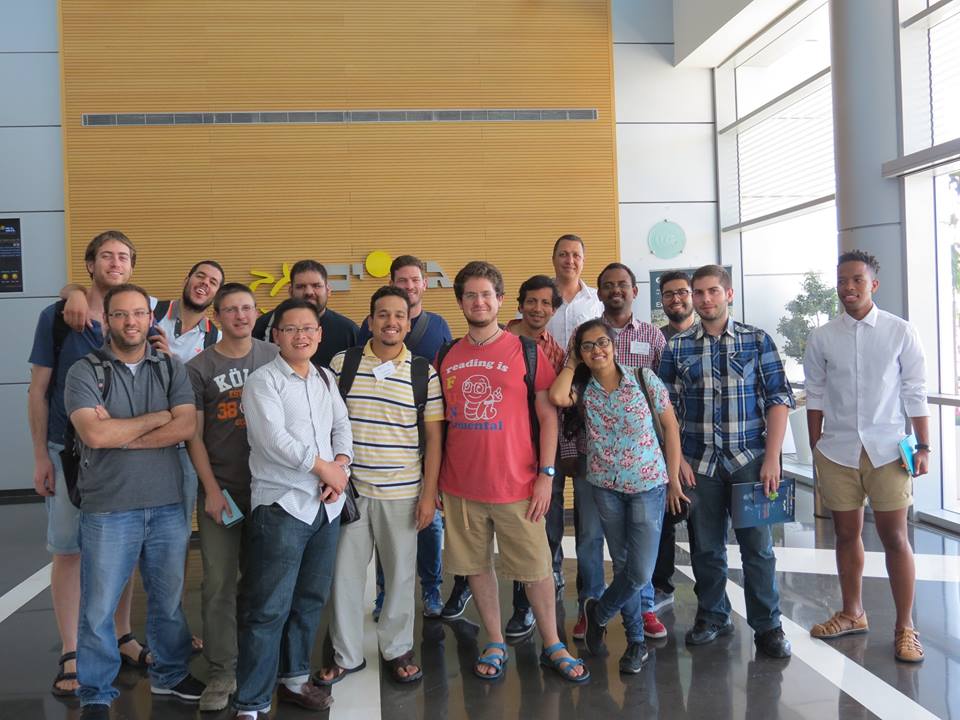 For the past five weeks I witnessed the prestigious program that brings some of the most brilliant and well-respected minds in the world in science, finance, R&D and technology together with a highly selective group of international Fellows for an integrated learning program.  It includes hands on mentoring, collaborative teamwork and lectures over a 10-week period. Truly multi-cultural, these exemplary Fellows come from countries spanning South Africa and Brazil, to Croatia, Nepal and dozens of other countries – including Israel.  They share a passion, deep intellect and a keen interest in entrepreneurship.

The program is organized into four sections. The first five weeks were more traditional in structure and included intensive courses in computer vision, big-data, cyber engineering, bioengineering, biotechnology, and entrepreneurship, organized by four main theme leaders: Gilad Schlosberg, Dudu Mimran, Elishai Ezra and Amit Zilberstein. All extremely accomplished in their respective fields, this first phase was essentially the backbone of the program.

Six months ago I sat down with the Dean of Faculty, Professor Yigal Erel and discussed my idea for a new initiative for the enhancement of the innovative capacities of the Hebrew University as a whole, and of the faculty of science particularly. We knew that we had to create something really special; something that would really drive participants’ imagination. — Elisha Ezra, Program Director

The program also benefitted from a partnership with Siftech. Not only did Siftech host most of the Fireside Chats (and also provide free beer, which was definitely an added bonus) Oded Barel (CEO), Idan Maor (Accelerator Manager and CTO), and Nitzan Adler (Director of Community Projects & Operations) all dedicated their time to construct the ins and outs of the program. Barel and Maor have spent the past weeks mentoring Fellows through the second half of the program.  “On the second part of the program we had an amazing experience brainstorming with our Tip participants” explained Maor, “We supported the innovation process with many workshops and lectures, such as SIT (systematic innovative thinking) and the POW thinking band. It’s incredible the process one can go through when given right tools.

It’s always exciting to see entrepreneurs in the early stages thinking about their ideas, and trying to figure out their unique value proposition. I am glad to be a part of the TIP program, and work with those as talented as the fellows.” — Oded Barel

During the seventh week, the Fellows attended the World Science Conference Israel, a learning intensive conference featuring lectures and discussion groups lead by 15 Nobel Laureates. Could you imagine a more inspiring, stimulating opportunity? Following this conference — which was just last week — the Fellows are now immersed in a 3-week project, broken up into teams based upon common interests and skills, and are challenged with creating ideas for new business start-ups that address solutions to the challenges they see in society. The process includes brainstorming ideas, creating prototypes, drafting business plans, and participating in numerous critique sessions with venture capitalists and entrepreneurs. It is this part of the program that truly tests each Fellow’s “inner entrepreneur” as they explore fields including early childhood development, big data, autism, organic farming in Europe and  healthcare. In the final week, each team will present its project to an esteemed panel of influential people in the Jerusalem ecosystem looking for the next big startup!

From exclusive tours at Mobile Eye, OrCam, and Evogene, to the WSCI Conference, and the numerous “Fireside Chats” with accomplished individuals in the field, TIP showcased the essence of Israeli entrepreneurship and innovation. The “Fireside Chats”, usually one to two times a week, served as intimate Q&A’s between the Fellows, the broader Jerusalem community, and the guest lecture. Due to the program’s prestige, they were able to capture many of the leading figures in Israel. Gideon Ben Zvi, serial entrepreneur and investor, Pini Lozowick a co-founder of Our Crowd, Avigdor Willenz, Israeli entrepreneur who recently sold his company Annapurna Labs to Amazon for an estimated 350-370 million, Saul Singer, co author of Start-Up Nation, and Kobi Rozengarten a Managing Partner at JVP, just to name a few. This lecture series gave the Fellows the unique opportunities to ask these accomplished individuals their advice; what worked and what didn’t, and what they learned from their past experiences. Each lecturer provided influential insights that stayed with the Fellows when thinking of their own projects. 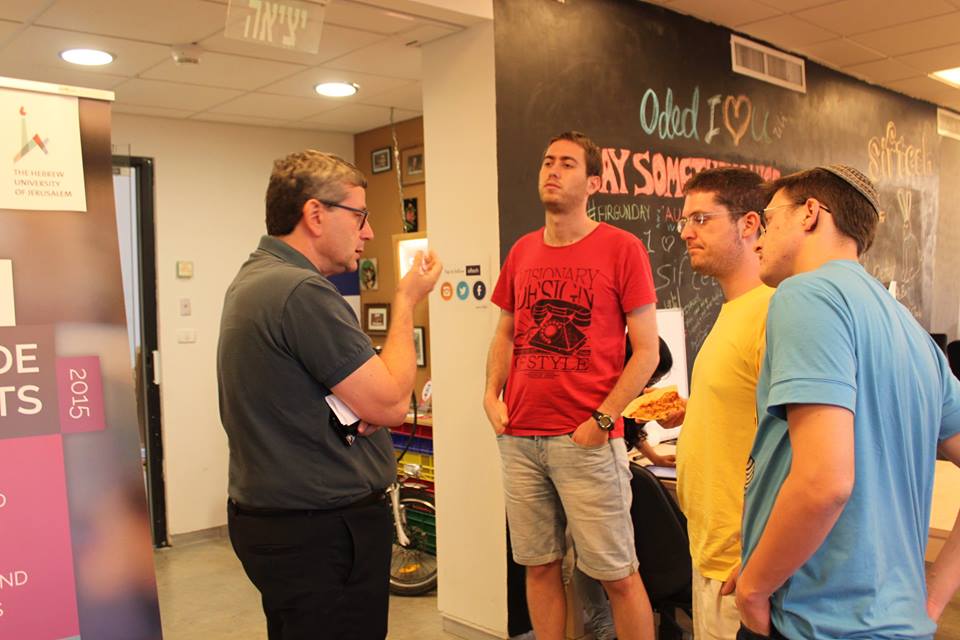 In the first five weeks of the program immersed the Fellows into the ecosystem. They met other entrepreneurs behind startups that made it. This access proved to be crucial. It gave the Fellows the opportunity to seek their counsel: what worked, what didn’t, what is their best advice, what is a mistake they made that could’ve been avoided — as well as network and build relationships. This hands-on access provides invaluable insight to help increase their chances of surviving in the startup world. Although it is a cutthroat process, this is a definitive advantage for the Fellows.

Nowhere in the world will you get such an intense and versatile program and Fellows, and when I say nowhere, I literally mean it! Trust me I’ve done research on programs and universities for the last year. No other university can match this program where you actually make a trans-disciplinary team consisting doctors, programmers, developers, engineers, designers and scientists. Hebrew University is one of the top universities in the world and Israel stands tall as number one when it comes to innovation, cyber security, data science. Israel is the hub of successful start-ups. People are responsible, welcoming and have a depth in their field, and a desperation to always keep learning.” — Ivy Mukherjee, one of TIP fellows, who is a visual designer passionate about education reform.

The seventh week, the WSCI Conference served as minor hiatus in the training aspect of the program. This was an amazing opportunity to inspire the Fellows. “The conference has been amazing and inspiring for me”, Sameer Shawar one of the Fellows explained. “I always thought that Nobel Prize winners always experienced success in their lives, and I admire it. In school and universities, they always teach us to focus on work, but what i see here is the opposite. They enforce the idea of doing everything you love to learn and that’s the same like me.” The conference was great exposure for the Fellows, and a really special networking opportunity with some of the world’s most distinguished innovators. 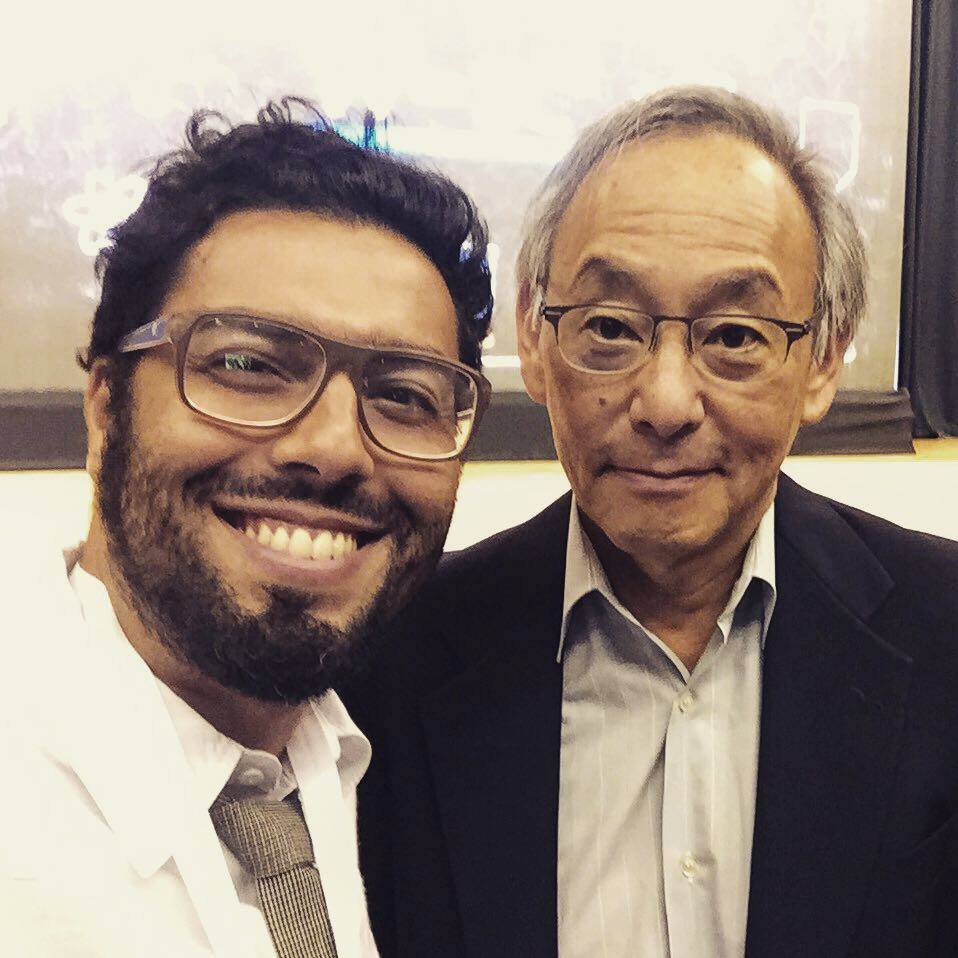 Following the WSCI Conference, the remaining four weeks are dedicated to pure innovation. The Fellows have banned together and are in the beginning stages of creating their own startups. The have had access to the best information and experiences, now it is all put to a test. From what I’ve seen so far, all of the Fellow’s the ideas are innovative, unique and fascinating. I’m looking forward to seeing what progresses in the next few weeks! In my opinion, not only is this an amazing opportunity for the Fellows, but also for the panel attending the final event. If these ideas transition into a successful startups, they are the first to witness these ideas giving them an advantage.

In its first summer, the TIP program, and each of the Fellows respectively have achieved such rapid success. Its prestige is growing every day, and am positive it will attract more young adults the next term. Of course the program emphasizes the academic experiences, however, a part I found truly meaningful was the introduction to Israel itself. For some participants, it is their first time in the country. It is amazing to see Israel as a destination for business, leaving behind the religious aspect. Coming from all different parts of the world, cultures, and religions, the Fellows unite under one common ground: striving to learn from extremely accomplished Individuals. This is not only an amazing testimony for Hebrew University, and the TIP program, but also for Israel, the startup nation, as a whole.

About the Author
Sydney Stracher is an olah chadasha from New York. She graduated from Boston University and is currently working in social media marketing at Brand of Milk and Honey.
Related Topics
Related Posts
Sydney Stracher
Comments