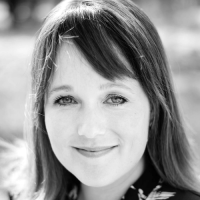 The Blogs
Azi Jankovic
Live Your Legacy
Apply for a Blog
Please note that the posts on The Blogs are contributed by third parties. The opinions, facts and any media content in them are presented solely by the authors, and neither The Times of Israel nor its partners assume any responsibility for them. Please contact us in case of abuse. In case of abuse,
Report this post.

It was an honor to sit down with Rabbi Twerski last Spring. What I did not anticipate, before entering his home in Jerusalem for a podcast interview, was how much I would take away from that one-hour meeting. I came to conduct a podcast interview, and I left, feeling as though I had been given wings.

What Rabbi Twerski shared with me that day left me with crystal clarity about the spiritual journey. His wisdom cut through my confusion and became a constant reminder and a palpable source of motivation for me to move forward in life.

Learning of the Rabbi’s passing this past January 31st, I was inspired to revisit the interview, and share it in its entirety, for the first time ever, so that as many people as possible could hear his precious gems and glean hope and inspiration.

In our talk, Rabbi Twerski reflected on the sources of inspiration in his own life. His father, a rabbi, was one of them. The rabbi recalled, “I wanted to follow in his footsteps. His office was always buzzing with people looking for advice, and I modeled myself after him. When I became a rabbi, this was in 1961.”

Another source of inspiration, mentioned by the Rabbi, was our forefather from the Torah, Abraham. “Abraham our forefather,” he explained, “was a maverick. However, his contribution was not necessarily teaching monotheism to the world.”

In the time of our foremothers and fathers, Rabbi Twerski went on, “there was a practice of trying to appease the gods so that you would have your wishes fulfilled – whether for bountiful crops, or children, etcetera. But Abraham explained that this was all wrong. G-d is not here to serve us. We are here to serve G-d.”

Looking to become most effective as a servant in his early years, Rabbi Twerski began to consider medicine as a possible avenue. An atypical path in the Twerski’s Chassidic culture at that time,  Rabbi Twerski consulted with The Steipler Gaon, who replied with a long letter and gave his blessing.

This decision opened a channel for the Chassidic wisdom of Rabbi Twerski’s dynasty to meet with modern medicine. As a psychiatrist and prolific teacher, writer, and leader, the rabbi’s Chassidic wisdom tradition provided guidance, support, and relief for literally countless humans suffering from addiction and the mind-body-spirit hurdles facing all of humankind.

Self-esteem was the through-line of Rabbi Twerski’s work. When I asked him why self-esteem issues are so dangerous, he explained that “There is no logical explanation.”

He went on to say that “according to psychology, the explanation is that if you are unhappy with yourself, it’s due to a deficit in parenting or other external circumstances. I used to think that like,” he went on, “but then I came across something that is taught by one of the Baalei (masters of) Mussar.”

Rabbi Twerski concluded, “When I get a feeling, just like everybody else does, that I’m severely lacking and I’m not doing enough, I have to stop myself.”

I was struck by the honesty, vulnerability, and lived experience of this spiritual giant. Here he was, a highly accomplished, celebrated, and brilliant luminary, telling me that at the age of nearly ninety, he experiences the feeling of being ‘severely lacking.’

It was comforting to hear that even the most accomplished of teachers can still struggle with self-doubt. His clarity about the source of this self-doubt provided me with clarity, and, for the first time in my near forty years, a spiritual motivation to conquer self-doubt.

Walking out of his home that day last Spring, I committed myself to notice doubtful thinking, and call it out for what it is. As I understand from Rabbi Twerski’s teaching, self-doubt is not pointing to our deficiencies as human beings, but rather, it is pointing to where our true challenge lies: in becoming our most actualized and courageous selves.

Will we channel the gifts, the potential, and the great spiritual light that each of us has been endowed with? What if, rather than allowing self-doubt to hold us back, we can use it to point us in the direction of our next breakthrough?

In honor of Rabbi Twerski, may his righteous memory be a blessing, may we all have clarity of purpose, and the strength to win the great spiritual battle?

About the Author
Azi is dreamer and a do-er whose spiritual aspirations have inspired her to make Aliya, and combine her passions for both education and entrepreneurship. From her acclaimed 'Within Us' podcast to the programs that she leads and facilitates for impact-driven female entrepreneurs, Azi is dedicated to empowering women to overcome self doubt, stay inspired, and make their greatest impact. Azi earned her doctorate in Education Leadership from USC, with a focus on training teachers to shape a globally interconnected, equitable world. Azi believes that in creating your best life, you're also create what's best for our Collective.
Related Topics
Related Posts
Comments