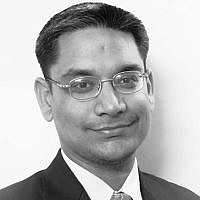 The Blogs
Sourajit Aiyer
Apply for a Blog
Advertisement
Please note that the posts on The Blogs are contributed by third parties. The opinions, facts and any media content in them are presented solely by the authors, and neither The Times of Israel nor its partners assume any responsibility for them. Please contact us in case of abuse. In case of abuse,
Report this post. 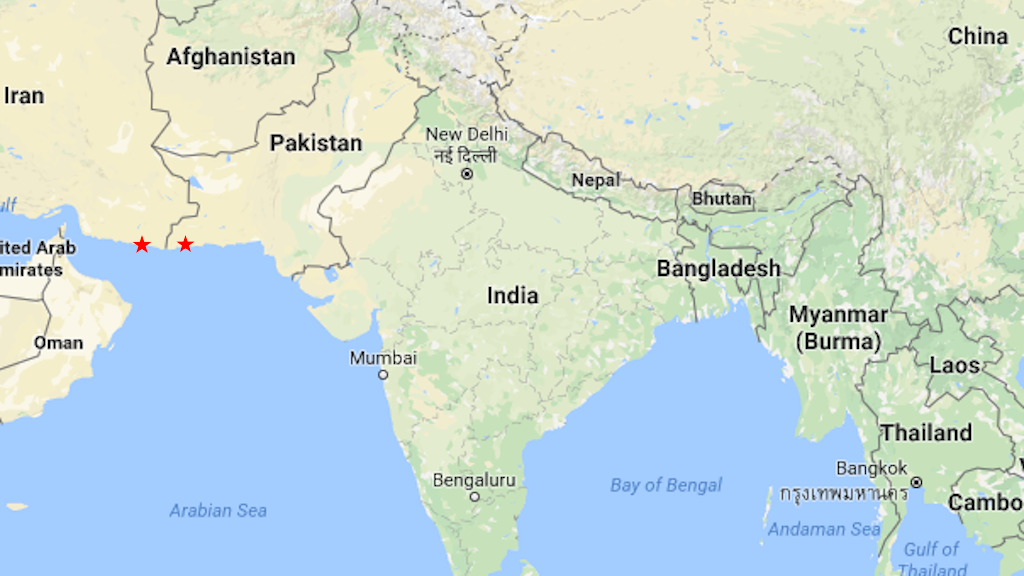 With the start of Indian Prime Minister Modi’s visit to Israel, it is opportune to discuss what can influence areas of mutual partnership between Israel and India. Defense is one area, and its future seems partially dependant on Iran. Iran and Israel are longtime foes, however, the standard dogma may need some adjustment at times to ensure a constructive commercial relationship in line with contemporary concerns. The Israelis, known for their pragmatism, may see the reasoning behind Iran’s role in determining the future of Indo-Israeli defense partnership.

First, there is the Pakistani-Chinese military presence in Pakistan’s port city, Gwadar, which poses a threat to India’s coastline and its assets in southeast Iran. Pakistan was the country where Bin Laden was found in 2011, where, in 1999, an Indian Airlines flight was hijacked to, and where US journalist Daniel Pearl was killed by terrorists in 2002. So far, Pakistan has failed to act decisively on Islamist proxies like Hafiz Saeed, Syed Salahuddin and Masood Azhar, who continue to threaten India.

Any plans India has for overland connectivity into Central Asia for trade and economic linkages cannot bear fruit with a transit route through Pakistan. The only other option for that is transit through Iran, hence a need for India to act fast on its project to build a port in the southeastern Iranian city of Chabahar. But the Iran-Pakistan border is already heated up, following the recent killing of ten Iranian border guards by Sunni militants from Pakistani soil. Such attacks can hit Indian assets in Chabahar too. With China taking over Pakistan’s Gwadar port, the fear in India is that Gwadar will become a Chinese Naval base intimidating India from close quarters. 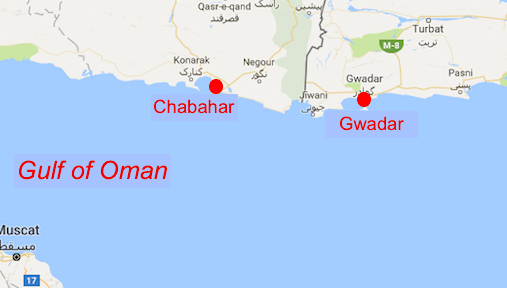 Thus, Chabahar has tactical importance for the Indian defense to keep a counter-pressure on Pakistan/China from the other side. This would mean a significant opportunity for Israel to meet India’s increased requirement. Israel had already filled the supply-gap after the Glenn Amendment adopted after India’s 1998 nuclear tests restricted arms sales from US/Europe, which had filled the gap in the 1990s following the USSR’s collapse. According to the SIPRI, Indo-Israeli defense trade averaged about $1 billion a year during the last five years, and Israel ranks as one of India’s largest defense suppliers today. But the military threat from Gwadar poses a strong rationale to take the Indo-Israeli defense cooperation to the next level, and one way for it can be through Iran!

Second, the borders along Jammu and Kashmir face an ongoing threat from Pakistan-based terrorists and its army, and Indo-Israeli partnership has worked well so far in technologies related to border-control, radars, identifying insurgents hiding in caves, etc. However, the increasingly assertive Chinese military presence adds a further dimension. The China Pakistan Economic Corridor project, part of which runs through disputed Kashmir soil, has meant increased military deployment along its line to counter threats from insurgents; the Chinese military to control East Turkestan insurgents in Xinjiang and the Pakistani military to control Taliban insurgents in KPK, etc. This military deployment could also be used to intimidate India, especially as the Chinese become increasingly assertive in expanding its geopolitical influence along the high-seas and contentious borders.

The realistic chances of China opting for an armed conflict with India along its own borders may be less, since it would lead to collateral damage on its own soil, not to mention an opportunity for Xinjiang insurgents to take some advantage with the Chinese military preoccupied elsewhere. However, this threat to India continues, and its need for defense supply will continue. China has nothing to lose by engaging in an armed conflict from its naval base in Gwadar, backed by its ever-increasing military presence along the Indian Ocean. The collateral damage would be on Pakistani soil, and it would not impact Xinjiang significantly. This brings the discussion back to Chabahar. Thus, Chabahar has strategic importance for the Indian defense to keep a counter-pressure on Pakistan/China from the other side.

Why would Iran allow Indian defense presence on its soil? President Rouhani announced plans for job-creation in his first term. But this was yet to show full results, and the Opposition raised voice on this during the recent campaigns. This agenda is now top-most for Rouhani in his new term. Development of the Chabahar port and free-trade zone, Afghanistan Corridor and the International North–South Transport Corridor can be a game-changer in job-creation, which can help Rouhani win significant political dividends from voters. China has approached Iran, given India’s delays on the Chabahar project. However, most BRI projects have been seen to employ significant Chinese labour, as per anecdotes in the book “China’s Silent Army” in which two journalists travelled several countries to see Chinese outbound projects up-close. That may not address the job-creation challenge Iran faces. Conversely, India is not known to employ significant Indian labour in its outbound projects. If Indian defense presence can help it close the Chabahar and Corridor projects fast using Iranian labour, there exists an opportunity for Rouhani to earn political mileage by addressing a key socio-economic challenge.

In the end, Israel seeing eye-to-eye with Iran is unlikely given their past and the recent Saudi-Qatar rift. However, Israel is actively looking to further its relations with India. In that context, whatever benefits India may in turn benefit Israel, even if indirectly through Iran. The Pak-Sino military threat remains a huge overhang, and the role of Chabahar as a potential strategic and tactical base for Indian defense can be a game-changer in the future course of Indo-Pak relations, and in the future course of Indo-Israeli defense partnership. During PM Modi’s visit to Israel, it may just be opportune to bring Chabahar into the agenda!