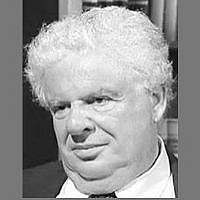 The Blogs
Martin Sieff
Apply for a Blog
Please note that the posts on The Blogs are contributed by third parties. The opinions, facts and any media content in them are presented solely by the authors, and neither The Times of Israel nor its partners assume any responsibility for them. Please contact us in case of abuse. In case of abuse,
Report this post.

“A beginning is the time for taking the most delicate care that the balances are correct. This every sister of the Bene Gesserit knows.”

I have always been notoriously careless whether any balances were ever correct and I am certainly no sister of the Bene Gesserit or anything else, but the late, great Frank Herbert’s mind-grasping first sentence of “Dune” pulled me straight into that great sci-fi extravaganza like any plankton hoovered up a by a white whale.

Beginnings matter – and all the more so in the fall or autumn of life rather than in the exuberant, eager little first buds of spring. I am into my eighth decade now – an ironic time to start a blog or any new literary venture. To hell with balances again!

“To begin your study of the life of Muad’Dib, then, take care that you first place him in his time: born in the 57th year of the Padishah Emperor, Shaddam. Be not deceived that he was born on the planet Caladan and lived his first fifteen years there. The planet Arrakis, known as Dune is forever his place.”

I was born in a cool water world too, the Planet Belfast in Northern Ireland and I lived there for my first 19 years, more than two-thirds of a century ago, in a time of prosperity and peace just when the locals were warming up for one of their usual cycles of utterly meaningless intra-communal mayhem. but for most of four decades now, my personal and professional orbits have spun around the great Imperial Planet of Washington, DC.

The great imbalance driving my life was not being the Outsider I imagined that I was through my teens (It was those Psychedelic Sixties, even in Northern Ireland), but being so comfortable as a local Insider. This has guaranteed my natural Outsider status in every society I have lived in and covered ever since.

“Northern Ireland is the only place you really feel at home – which is why you must never live there, Dad,” my frighteningly brilliant older daughter said to me a decade or so ago. “Because you like being the Visitor.”

Now this blog: A new place to visit. A new planet of thought with energizing rows and new insults to hurl.