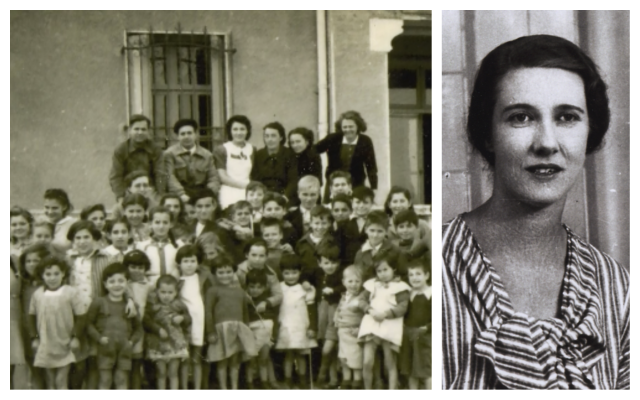 She lived a long and meaningful life.  During the dark days of the Holocaust she risked her own life to save as many Jewish children as possible.

Mary was born in Cork, Ireland, in 1909. She was a bright student and achieved remarkable academic achievements at the Trinity College of Dublin and the London School of Economics. She had a special talent for languages, being fluent in French and Spanish.

When the Spanish Civil War erupted, she gave up her academic pursuits and moved to Spain, where she involved herself in a Quaker humanitarian relief network.

In 1939, together with other Republican refugees, she fled to France and settled in Perpignan, where she continued with her humanitarian activities, this time focused on the plight of the Jewish refugees, many of whom were detained at Riversalt Camp in the Pyrenees.

The fall of France in 1940, signified a huge challenge to her network since many of the volunteers were British and had to flee the country to avoid being arrested by the authorities.

Following this serious blow to her team, Mary established a close cooperation with local Jewish organizations, stepping-up the rescue and relief activities.

In mid-1942, the Jews interned at Riversaltes started to being deported to Auschwitz via Drancy. Mary was well aware of what that meant to the fate of the deportees: hunger, torment and a certain death.

Risking their own lives, the courageous Irish woman and a group of Jewish volunteers set into motion a campaign to extricate Jewish children from Riversaltes and sending them to nearby safe houses.

Two of those children, many decades later, were those who turned to Yad Vashem to have their rescuer recognized as Righteous Among the Nations. They were Ronald and Michael Freund, now living in the USA and in Canada respectively and their efforts were crowned with success on January 23, 2013. Alas, Mary Elmes had died 11 years earlier. She is the only Irish person carrying that title.

Dr. Hans and Eva Freund fled from their native Germany, together with their children, Ronald and Michael, to Italy and then to Southern France. When they tried to escape to Switzerland they were caught and arrested. Eventually, Dr. Freund was murdered in Majdanek, whereas Eva managed to survive the war and reunite with her children.  Before the deportation of the parents, Mary succeeded in persuading them to authorize her plan to smuggle the children out of Riversaltes, a move that most likely saved their lives.

In February 1943, Mary Elmes was arrested due to her anti-German and anti-Vichy activities, but was released six months later, pursuing her humanitarian work till the very end of the war.

The Irish journalist, Coldagh Finn, wrote a book dedicated to her feats: “A time to risk all.” According to Finn’s findings, Elmes was credited with saving the lives of hundreds of Jewish children. 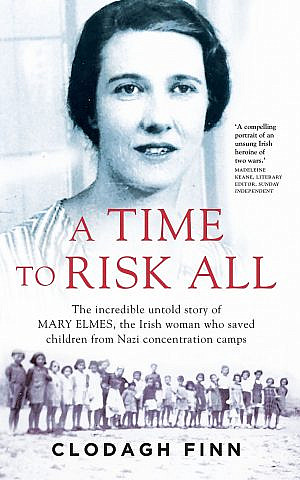 The book relates that in 1947, the Quakers of the USA and the UK were awarded the Nobel Peace Prize in recognition of their life-saving mission during the Shoah.  At the same time, the French Government offered Elmes the Legion of Honor (the highest distinction in France), as a personal tribute to her for the role she played in the helm of the Quaker organization in Perpignan. Elmes declined the distinction as she did not feel what she had done was extraordinary.

As the world marks the International Women’s Day, nothing more appropriate than remembering this admirable woman who deserves our eternal gratitude and recognition.

Her brave heart and humility will live on forever.