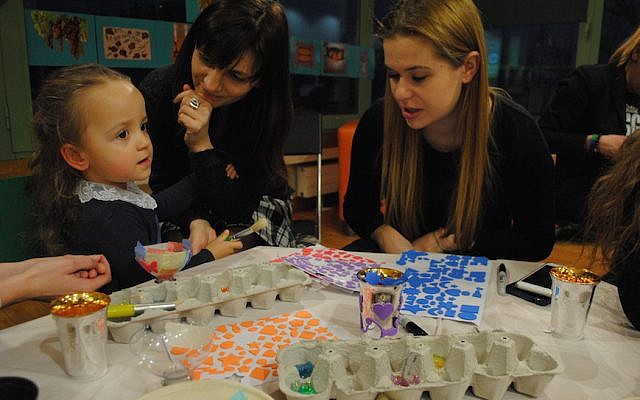 As an Israeli working in Poland, I find myself depressed. On the one hand, the new law proposed by the government is extraneous, misleading and the cause of much strife; on the other hand, the vitriol of certain politicians in Israel only exacerbated the issue creating more anti-Semitism, more prejudice and disunity. Each side has its truth and each side has its extremists who add fuel to this fire.

What is my position in the matter? It is absurd to say that Poles created death camps, just as it is absurd to think that no Poles caused Jewish deaths during the Holocaust. It is anti-definitional to speak of ‘Polish national complicity’ at a time when the Polish nation was in exile in England and Germany occupied Poland, yet it is terrible to whitewash history and not allow for a thorough accounting of a people’s past.

Just a few years ago I was so proud of the Polish president when he stood up publicly and said, ‘We too are responsible for the suffering of Jews during the Holocaust.’ Today, while I understand the desire of the current president to increase Polish nationalism and pride, I lament that it comes at the expense of increasing fear into the Jewish Poles, who, for the last 25 years, have felt more comfortable and confident in their nation.

As Jews in Poland, what is our role in this chasm? We who are committed to Israel as well as Jewish life in Poland, what do we do? Should we retreat into anonymity, figuring that, as was done during Communism, it is best to not be heard? Or should we stand up and play a vital role in the resolution of this crisis?

As a rabbi, spending my time in Krakow helping to revive Jewish life here, I rely on the Torah for inspiration.

Parshat Trumah describes the composition of the Tabernacle as well as the holy vessels which would comprise the holy dwelling. Every vessel has one purpose; the menorah to light up, the mizbeach (altar) for korbanot (sacrifices), the shulchan (table) for lechem hapanim (showbread), the aron to house the luchot (tablets) and the kruvim (cherubim) to be the symbol in between which the shechina (divine presence) speaks.

One vessel, though, is a mystery: the Kaporet. What is its purpose? On the one hand, it seems clear that it is a covering for the aron (holy ark); on the other hand, it seems to be a base for the kruvim (cherubim). It is possible that it has two purposes? Which one takes preference?

The Rogotchover (Rabbi Yosef Rozen, a 20th century European luminary) answers that while Kaporet may be seduced by the aron into thinking that its purpose is to cover and protect the aron which encases the luchot and it may be seduced by the more all-encompassing kruvim who see God in all areas, it is not a fifth wheel of either vessel; instead the Kaporet is its own unique entity. A vessel entirely of pure unadulterated gold which has its own unique purpose in the Mishkan.

What is that purpose? I propose it is to act as a bridge. To at once be a cover for the ark and at the same time be a base for the kruvim. The ark houses the luchot — the tablets of God representing the Torah; while the kruvim represents God’s presence amongst the people of Israel. The Kaporet then connects these two fundamental institutions. It is as a vital link between two worlds and teaches there is no contradiction between the two.

One can cover and protect the aron while acting as a base for the kruvim. That is the essence of being in the middle. But not as a compromise to that which is beneath and that which is above; rather as a strong, confident proud vessel in the Mishkan, serving God in its unique capacity.

Israel and Poland share much history and much heritage. Indeed, Israel was created through the help of Zionist Polish leaders and Polish fighters who then worked and settled the land. Throughout the thousand-year history Poland was a home and sometimes a refuge to Jews from external persecution. The Holocaust has almost completely extinguished Jewish life and Jewish memory of life in Poland. We in Poland live on proudly to declare that Hitler did not snuff out life in Poland; rather, it survived miraculously and now it is making a revival, a return! It is small, but growing. We at the JCC witness the miracle daily when we see young Jewish Polish kindergarten kids coming through the gates and learning about Jewish life once again.

We Jews can believe in Israel and Poland; we can support the national homeland as well as the land where our ancestors have lived and thrived for centuries. We can be a “kaporet,” a bridge between these two powers and show the world that through dialogue and goodwill we can continue to build positive relations between two governments and two populations. But it must start with acceptance of the truth and a willingness to confront a painful past. The kaporet was made of pure unadulterated gold, there was no room for fabrication; to effect change it must be built on truth.